The Importance of Our Childish, Childlike Prayers | Meridian Magazine 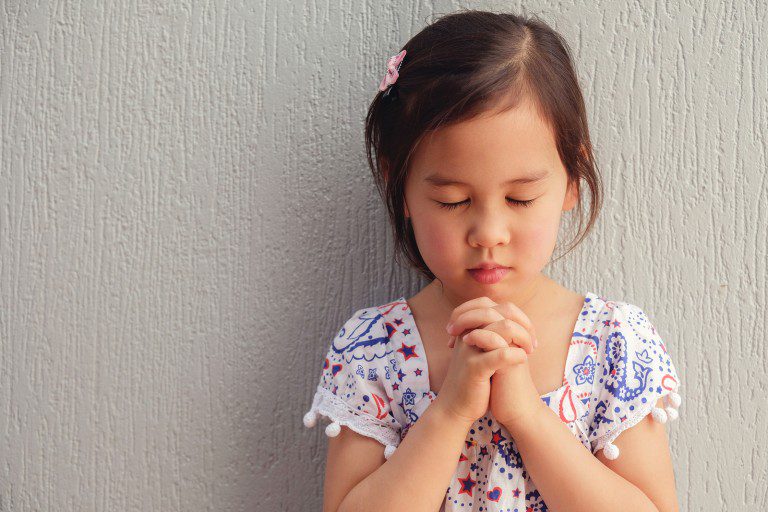 The Importance of Our Childish, Childlike Prayers

I try to pause before I pray. I try to think about what I’m doing. About what it means to talk to God. Last night, as I knelt down, I took a moment—just a few slow breaths—before I began.

Then I started to pray, and the first thing on my mind was some mundane concern about my job. In a flash, I saw myself from the outside and I the absurdity of what I was doing overwhelmed me. Here I kneel, communing with the divine, and I want to talk about my career.

I started to laugh at myself.

“So,” I thought, “You come before the creator of worlds and stars and galaxies and… you want to talk about your day job?” It seemed funny to me, but there was an edge of bitterness and an aftertaste of shame.

Earlier that evening, before praying, I read to my son. We had just started Ender’s Game, and in chapter 1 they talk about the monitor. It’s a little futuristic implant that they use to track every perception and feeling of the children who are candidates for Battle School.

Orson Scott Card is a great sci-fi writer and that means he has had to learn to master the art of exposition. He knows how to give the reader just enough information that they are curious, but also can figure out what is going on. And so he never explains: This is what the monitor is… You just have to pick it up from cues and context. This is something adults are good at. We have a lot of practice. Ten-year-old kids? Not so much.

And so my son—infinitely curious to know how the world works—kept interrupting me to ask what the monitor was. And I kept telling him, “Just pay attention.” And: “You’re not supposed to know what it means yet.” And: “The author knows you don’t know. That’s part of the story. He’s going to explain it, but you’ll miss it if you don’t pay attention, so by quiet!” I was patient the first time he asked, but by the third or fourth time that patience had worn through. He dove under his blankets and hid beneath them while I continued to read.

It made me think of all the time that I’ve been frustrated with my kids over the years, and all the times I have subsequently regretted that the things that frustrate me are the things that define childhood. It can be incredibly frustrating to have to tell your child a hundred times to get their shoes on and then get in the car while their attention bounces around like a hyper-active puppy and they still end up climbing into the car with only their socks on.

But sustaining attention is the art of suppressing stimulus. It’s the hard-earned practice of not seeing and not hearing and not thinking. You can’t want your kid to be better at paying attention without simultaneously wanting them to stop feeling the wondrous newness of their world. Paying attention is OK for adults, but do you really want it for your young child? Now?

My son didn’t know the rules of sci-fi exposition. As a bad father, I was frustrated that he didn’t get it. As a good father, I was honored to be the one who was there as he learned it for the first time. I was honored. I found that the very thing that made me want to pull my hair out on moment was the thing I treasured in my heart.

And here’s the thing: Heavenly Father is a good father. Always.

And so, as I was kneeling there laughing at myself and my childish prayer with its childish concerns, I had a second thought. “Well, what else am I going to talk about? Is it like I’ve got some other thing to pray about that really has intrinsic cosmic significance?”

Spoiler alert: I do not. There is nothing in my life to rival the majestic rotation of the Milky Way or the complex subtleties of delicately interlocked physical laws defining the fabric of space and time in their solemn, incontestable significance. I’m just some unremarkable guy, one among countless many. By an objective standard, I’m insignificant. So, as long as every aspect of my life seems insignificant, why give myself a hard time about which insignificant aspect of it I choose to take to God?

And then today, I read this, from Elder Marion G. Romney in The Basic Principles of Church Welfare:

The Lord is interested in everything we do in our lives: our families, our work, and our personal development.

There’s a good question a skeptic can ask a believer: why should an all-powerful creator care about you in particular? Why should the architect of the universe give any individual attention to this or that mortal creature stumbling blindly around on the surface of one tiny world? It’s a good point.

Well, why should you care when a little kid comes up to you holding a toy phone? What good reason is there to take that phone and pretend to have a conversation? None whatsoever. And we all do it, every single one of us, even if we don’t know whose kid it is.

The argument from insignificance is a sword that cuts both ways. If you start with your insignificance, it makes you wonder why any God would ever care.

But if you have a conviction in your soul—or even just a faint whisper of hope—that God does in fact care about you, then everything gets turned around. The total and complete lack of balance between God and you is still there, but it’s not a joke any more. Now it’s a mystery as deep as a parent’s love for their oblivious, innocent, growing toddler.

Heavenly Father is a good father. Always. He is never impatient with our immaturity or our constant distraction by the trivial. Heavenly Father is wise enough to never miss a moment of our coming of age, and He always treasures His role in helping us learn and grow.

So true! Thanks for sharing these thoughts with one who is 69+ a still distractible as my mind ranges in so many directions, still learning.