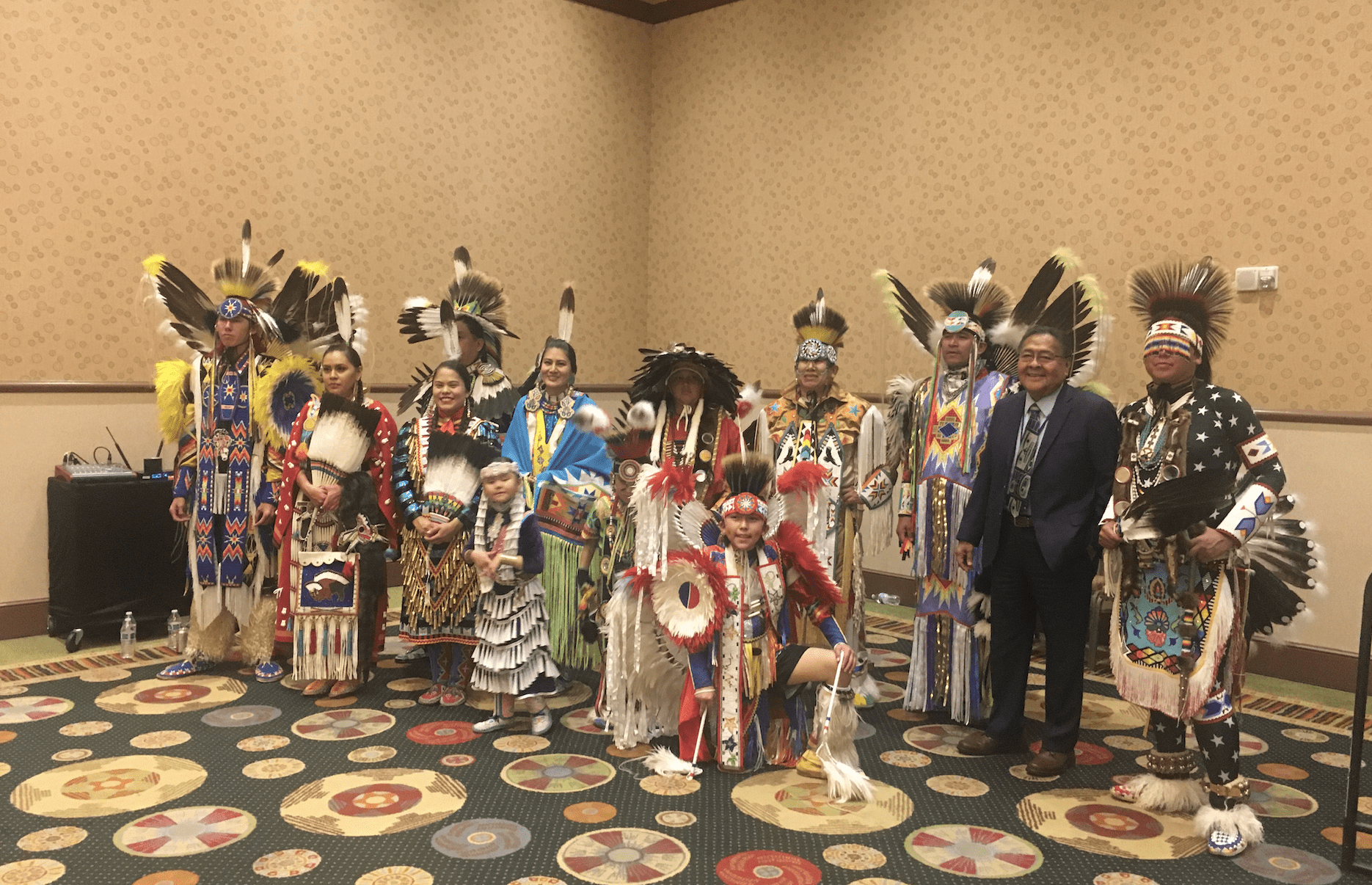 Growing up with a Navajo mother and a Hopi father, Albert Pooley’s heart broke to see so many of his Native American brothers and sisters suffering because of their broken families. In his very foundation as a Native American, he revered the Earth, the trees, the flowers, the sun and the roles of father, mother, daughter, son, grandmother and grandfather as deeply sacred. That was one of the most fundamental parts of who he was. Yet, it seemed to him that many of his fellow Native Americans had forgotten this vital truth.

“Our Native families are being broken and scattered,” Al said. “We have the highest numbers when it comes to suicide, substance abuse, addiction, school drop outs, teen pregnancies, people who are incarcerated—Native Americans are at the top of the list of all the [negative statistics]. At one time we blamed the government or the white man, but today we can’t blame them. We’ve got to take full responsibility for our actions…We can’t depend on the government, whether it’s federal, state, or tribal government. We have to look at working at strengthening the core of the family—that is father and mother.”

Al sought to start at the core of these issues—not to teach his people something new but to remind them of what is already so deeply rooted in their very identities and traditions. Al’s greatest goal in starting his organization, the Native American Fatherhood & Families Association (NAFFA), was to work with Native American tribes all over the United States and Canada to remind them who they truly are as children of a loving Creator—something they already believe.

“Native Americans—we’ve been told what to learn, where to live, what to say. We’ve been told everything by the non-Native world for the past 400 years. Now, you listen to how we believe. We have been listening to your theories, your methodologies, your approaches, and now you listen to how Native people believe. Maybe you can learn something from us for a change,” Al said. “If you work with Native Americans and you call yourself a professional, then you have a professional responsibility to at least inquire to see what Native people are embracing across this country. They are embracing this from Maine to Hawaii, from Alaska to Florida because they are identifying with the message—they know it is their message, their traditional message.”

And with Al’s message of the sacred nature of families, fathers and mothers, he has worked with 240 tribes in their courts, prisons, and health and human services to train and implement the various courses he has developed: “Fatherhood is Sacred, Motherhood is Sacred”, “Linking Generations by Strengthening Relationships” and “Addressing Family Violence and Abuse”. Even some casinos have adopted the NAFFA curriculum, teaching their Native and non-Native staff these important truths.

In a Nebraska probation system, they had 1089 individuals graduate from the curriculum as they got out of probation, and of that group only 14 re-offended. In New Mexico, they had the curriculum in the tribal courts, and the judge made it mandatory for all the people to get in the class. In less than a year, the number of criminal cases being heard dropped from over 3,000 down to 2,200.

Though this curriculum is creating some novel waves in the strengthening and reuniting of Native American families, including on the state government level, the state and federal government do not give them a dollar of funding because of their emphasis on the Creator, something already fundamental in the Native American belief system. Yet, Al feels called to share his testimony of the gospel in a way that Native Americans can relate to and be changed by, just like his own family resonated with the gospel when they were first taught.

His mother, Clara, had invited the missionaries into their home when Al was just a toddler, much to the chagrin of her husband, Emil, but because of their Native tradition, he welcomed the guests in. Full of questions and an avid reader, Emil read the Book of Mormon, gained a testimony of the gospel, and the family soon joined the Church in Arizona.

The Pooleys became one of the first Native American families to be sealed in the Mesa, Arizona temple, and they raised their seven children in the gospel. Their four sons served full-time missions and most of their grandchildren and great-grandchildren have continued to be active and have served missions all around the world. Emil and Clara also served stake missions, working specifically on Native American reservations.

Al recalls how his Dad would tell him, “Before you are a Navajo, before you are a Hopi, even before you are an American, remember that you are a member of the Church of Jesus Christ of Latter-Day Saints!” Al was shaped from a young age to see how the gospel changes and blesses families, and this foundation helped him know that in order to mend the broken families of his Native American brothers and sisters they needed the gospel truth.

One of the first truths he teaches any group, whether they are felons or alcoholics or pregnant teens is that they come from greatness—from a heritage and a Creator in heaven that are immense and real and important, which means they are destined for greatness, too.

Al personally extended the challenge to be kind and good to Mark Charging, a Native American man who had been in and out of federal prison, state prison, and tribal prisons for 19 ½ years. He had come into contact with Al a few times, but Al’s consistency in believing in Mark’s identity as someone destined for greatness helped Mark get sober and take the challenge to be kind.

“My background, coming from the life that I’ve lived, to be kind is almost going against the grain. I had very little patience—it’s either my way or the highway—but it wasn’t working for me. My attitude had gotten me into the mess I was in, and so Mr. Pooley had told me, ‘I want you to do three things,’ and one of them was to be kind. Everything that I have started to do in my life, I’ve started to look at it with a kind, open heart. And I’ll tell you, my life changed when I started doing that.”

Preaching and teaching that each mother and father has greatness within them, that their roles are sacred and eternal (even more eternal than the Earth itself) and that they can change, does more for them than almost any reform program enforced in the systems they are locked in. “Have you ever made mistakes in your life?” Al asks his Native American brothers and sisters. “You need to understand this truth: you are worth more than the worst mistake you have ever made in your life.”

Amy Fa’atoafe, Al’s daughter, works with him at NAFFA and feels just as strongly about the impact and importance of the personal mission they have taken on as they minister to Native American tribes.

“The real reason why I love doing what I do is because I see the big picture—I see what the Lord has in store for our Native people,” Amy said. “I have read it and I’ve heard the promises from prophets in scriptures saying that our Lamanite people will thrive again—that they will be very blessed. I see that our people are hurting, our families are being torn apart left and right, and so many negative, sad, sorrowful things, but there’s nothing but hope for them. If I can just do my part in helping share this message in a way they can understand it, eventually they will see the bigger picture, they will see the potential they have, and they will see what Heavenly Father has planned for them…I know the true potential that Heavenly Father sees for His Native American children.”

Thank you for sharing the details of the inspiring efforts of this good man.

May your work continue to touch lives .