The Greatest Lesson in Parenting I Have Ever Received | Meridian Magazine 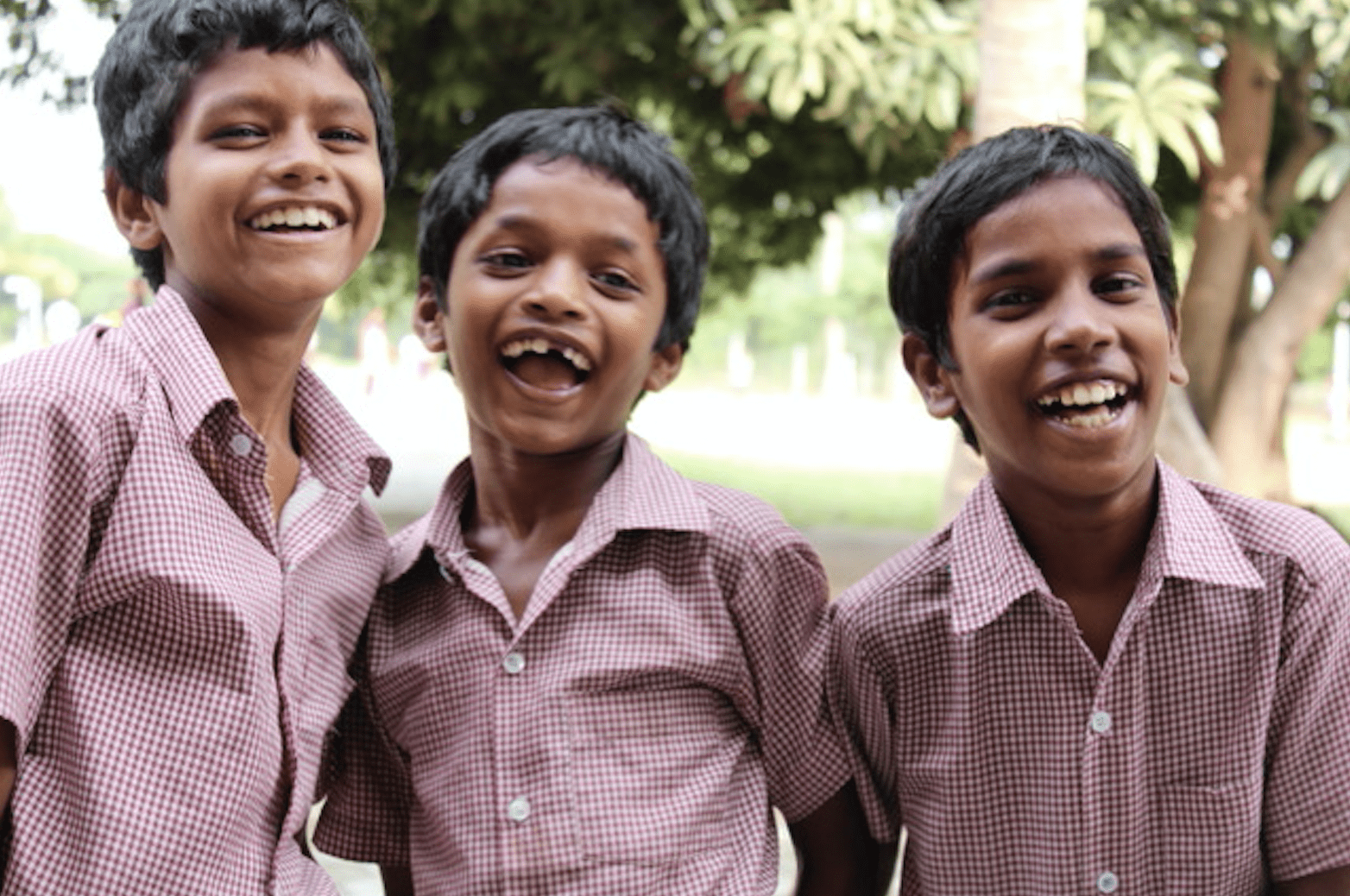 The Greatest Lesson in Parenting I Have Ever Received

To learn how you can help with the efforts of RisingStarOutreach, CLICK HERE.

While in the states we often have differences about the most effective ways to train children.  Over the years as I parented my own ten children, I’ve heard parents debating a number of issues starting with whether or not a baby should be allowed to cry themselves to sleep?  Is it necessary to breastfeed? And later, issues such as whether or not spanking is a good or a bad thing for kids, whether allowances should be given automatically or earned, how much screen time is good, when is it best for your child to have a smartphone, what should be family policies regarding the Sabbath (birthday parties, sports team games), etc.  The list goes on and on.  As parents, we’re all wanting to be effective.  More than anything we want our children to know they’re dearly loved, to want to choose the right, and to learn self-discipline, and to be successful in school, with friends, at Church and with life in general.

We don’t get a lot of training for this parenting job, even though it quickly becomes the focus of our existence once that first baby enters our home.  We all search for the best practices, hoping to find a foolproof system.  Of course, every parent quickly learns that such a thing does not exist, and even if you were able to find it for one child, it would be completely unworkable for the next child, as each one seems to have their own set of needs and responses.

So we try all kinds of ideas: some work, some turn out to be completely ineffective, and even worse, some backfire with fairly serious consequences.

One time our family had the opportunity to spend Spring Break at a beach in Florida, along with ten other families from our stake.  We were thrilled to be invited, because the other families were all people we had admired, and frankly, we wondered how in the world we managed to squeak onto the guest list.

The week turned out to be all that we had hoped for.  All the kids quickly formed “gangs” by age: the 3-5-year-olds played together; as did the 7-10-year-olds; the 11-14-year-olds and the 15-18-year-olds.  With all the kids happily engaged with peers, in the evening, once the little ones were put to bed, the adults gathered to play games.  It was like the great escape—we had a ball!

After three days, however, I said to my husband, “These are some of the most successful families I’ve ever known.  I’d love to learn from them.  How do they deal with R-rated movies? sports team games on Sundays? the internet?  There are dozens of issues I can think of!  On Friday, instead of playing games, maybe the adults could just sit around and talk about how we approach different parenting challenges.  Just think what you and I could learn!

We submitted the idea to the group at game time that evening.  Surprisingly, everyone seemed to think that was a great idea.  I was so excited and planned to go with a notebook and pen.  But then tragedy struck!  I came down with the stomach flu Friday afternoon.  Dang! I convinced my husband that I could take care of myself, but I really, really didn’t want to miss this group discussion.  John finally agreed to leave me at home and attend the discussion group—promising to take copious notes for me.

I was waiting up for him when he got home.  What did you learn?  I could hardly wait to hear all the great ideas that these other families had come up with.  He smiled and said, “Nothing”.

What??!!  He laughed and went on to say that on every topic that was brought up, everyone else said they were clueless and had come to get ideas for themselves!  Apparently, they had a lot to share about what didn’t seem to work.  He said, “Becky, none of us know!  We’re all stumbling around trying to find what works best for each individual child. Basically, we have to live by inspiration and revelation.”  Aaaahhh!  Definitely not the easy answers I was seeking.

In my work in India with the leprosy-affected, these challenges seem to multiply, given the social challenges they face, such as being considered untouchable in India society, the cruel effects of poverty, ostracism, alcoholism, and rampant abuse within families.  As we have run schools over the years for the children from leprosy colonies, we frequently feel clueless, as we seek to find ways to deal with problems, the severity of which, most of us don’t face in the States.

One of our biggest challenges is the lack in most villages of any parental training at all.  Kids are beaten to exact obedience.  Sometimes those beatings are pretty severe.  This obviously creates all kinds of psychological and behavioral problems.

In the schools, discipline is often the same.  We have seen schools where the teachers literally walk up and down the aisles with a big stick in their hands while the children are working in their workbooks–whacking the heads or backs of children not perceived to be intensely-enough engaged.  It’s unbelievable!

This was the case in one school where we are in the process of transferring the school from the original owner’s jurisdiction to become a Rising Star Outreach School.  I winced and cried out every time I saw a child hit.

Determined to stop the beatings, we decided to double every teacher’s salary—but only on the condition that if they hit or shamed a child, it would be cause for immediate dismissal.  In a destitute school in the middle of a leprosy colony, where the teachers were paid only about $50/month, this news caused wild celebration amongst the faculty.  They jumped up and down, hugged each other, crying, and promised us over and over again that they would never again hit a student.

Two days later, as one of our volunteers passed a classroom, she heard an unmistakable smack.  She immediately went back to the room and entered to see a child with a red handprint welling up on his little face.  Indignantly, our volunteer demanded to know if the teacher had slapped the child.  The teacher quickly responded, “Of course not—I asked the boy next to him to slap him!”  Clearly, we still had some serious educating to do!

In one little pre-school of three-five-year-old children, on one hot, muggy southern-Indian afternoon, we sat discussing some of the kids and their challenges along with the school director, Gopi.  I remember sweat running down the back of my neck and the front of my shirt.  My arms glistened with sweat.  It literally dripped off my face as we sat in a stuffy room, trying to go over the children’s emotional needs.  It was hard not to feel cranky as Gopi ran down the list of the kids needing special attention, yet not seeming to respond to his corrective measures.

He told me about one little boy in particular, Surya.  Gopi had established a rule that none of the five-year-olds could eat dinner until their homework was completed (Yes, in India five-year-olds have homework!   I know—it seems a bit crazy to us—but in India it is deadly serious.)  One day Surya refused to do his homework, so Gopi told him he couldn’t eat dinner until his homework was done.  Surya defiantly announced that he didn’t even want dinner.

An hour later, Gopi found Surya crying because he was hungry.  Gopi said to Surya, “I know how you feel, because I am also hungry.”  Doubtful, Surya couldn’t understand why Gopi would be hungry.  Gopi explained, “Because I love you so much, I’ve decided not to eat my dinner until you can eat your dinner.” Surya seemed stunned.  But sensing that he was going to be manipulated into doing his homework he stuck out his chin and declared, “Well, I hope you starve to death!”  Gopi put his arm around Surya and said “Actually, I hope we both get to eat soon, as my stomach is already hurting and I’ll bet yours is, too.”  Surya pulled angrily away from Gopi’s embrace and stomped away.

As Gopi was relating this story to me, my first reaction was to tell him that it was not acceptable to keep food from a child.  Then, I hesitated as the lesson of what I had just heard sank deep into my soul.   I exclaimed, “Wow, Gopi—you really love these children!”

Later as the afternoon was merging into a muggy evening, we were still going down the list of the children’s emotional needs.  I was feeling overwhelmed and impatient by that point.  Why were these kids so dang difficult?  When he got to Surya’s name on the list, Gopi said softly, “Yes, Surya is a very naughty boy.”  Then he hesitated a second, looked up at me, and I watched a smile spread across his face.  He added “Oh, I love him so much!”

That is probably the greatest lesson I ever received in parenting.

Numerous times since that day, when I have found myself struggling with my own children, I have reminded myself, “Yes, Alex is a very disobedient boy today.”  But then I would smile and add, “Oh, I love him so much!”  Somehow, that seemed to put everything into perspective.  I was able to see the eternal consequences of my discipline decisions more clearly.  That simple phrase reminded me of what this relationship was really all about.  I believe it tempered my responses on more than one occasion.  This simple phrase helped keep me from injuring already delicate relationships with my kids as they were going through tough times and struggling to find themselves in the midst of a world that devalued their religious values.

We’re all striving to become more Christlike parents.  I think maybe we should all remind ourselves that when we ourselves stumble, that we are probably hoping that God is up in heaven watching us, and thinking, “Yes, Becky is a bad girl today.  Oh, I love her so much!”  If we are hoping for merciful understanding for ourselves, perhaps we can learn to extend the same to our own beloved children.

What a profound example of wise and loving parenting! Thank you so much for sharing this outstanding article.

I love Gopi's example in loving young Surya. That example is something I want to remember. Thank you for sharing this, Becky, and thank you for posting such uplifting articles, Meridian!