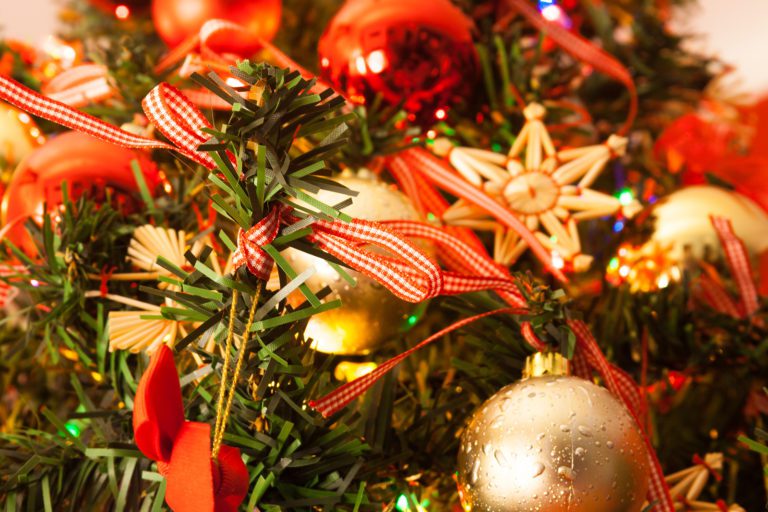 The Greatest Irony of Christmas

When our children were little we had an accidental tradition. As soon as I hauled out the nativity set, the kids began to argue about who got to place Baby Jesus in the manger. I used to point out the irony, and tell them Jesus would certainly not want his birth to be a source of contention. Finally we wrote a chart on the nativity box, so each child could see when their year was coming up. And we laughed at even having to do this, just to keep the peace. Kids! Right?

And then we’d dive into all the other hustle and bustle of the season—the baking, the decorating, the shopping, the wrapping, the singing, the feasting, the merriment. Except that, at least among everyone I knew, there was a good bit of sighing and complaining. And it wasn’t just women, though the bulk of the baking, etc. usually fell to them.

Maybe you’ve heard what I’ve heard. Or should I say, Do you hear what I hear? Except it isn’t a song high above the trees, as the lyrics go. It’s this:

“Oh my gosh. I have Tom’s mother and stepdad coming for Christmas, and they’re going to ruin everything.”

“You should see my list. I must have thirty gifts to buy, and that doesn’t even include the kids.”

“My sister-in-law refuses to draw names, which means I have to make gifts for her giant family, like I have time for that.”

“I’m just going to order everything online. If I have to park at the mall one more time I’m going to kill somebody.”

“There’s no way I have time to set up tables for the ward dinner—I haven’t even strung the lights on the house, yet.”

“We’re expected to host the meal, which means I’m going to have to do all the cooking. And do you think anyone’s going to volunteer to help clean up? Ha!”

“Our kids are asking for every electronic device known to man. And where’s the money going to come from for that?”

“I am so exhausted. Honestly, I just wish it were January already.”

How did we let Christmas turn into a hamster wheel? Is anyone out there actually relaxed and enjoying the season to its fullest? Or have most of us fallen into the whining and complaining that drapes the holidays like evergreen garlands? Make that ever-grouchy garlands. And I have been right there with the best of them.

Think of the things we gripe about—“first world problems,” as they say, unknown to the millions of people around the world who have no idea the luxury it would be to string lights or buy 30 gifts. And yet we sigh. We lament.

Now back away from the cultural trappings and think about what we all know, that we’re celebrating the birth of Christ. We focus on the nativity. The trip to Bethlehem, his birth, the shepherds, the angels, the star, the wise men. But the only reason it’s a big deal is because of what came later: His atoning sacrifice.

Christ’s birth only matters because he is our Savior and Redeemer. He later gave his life for us, granted us resurrection, and marked the path back to Eternal Life. And part of that gift was such immense suffering that it dwarfs our puny lives and all our attendant complaints. Compared to what he went through, our moaning looks ridiculous.

We have to remember the “what else” of Christmas—that he grew up and loved us more than we can ever imagine, enough to suffer for our sins and even die for us. Among the many loving lessons He taught, is one that you can only see if you read between the lines: How to suffer. He never said, “Now, when trouble comes your way, don’t pester all your friends with a litany of woes.” Instead, he simply set the example. He showed how to endure even the worst ordeals with grace, dignity, and reliance upon Heavenly Father. He bore the worst injustices, the most agonizing pain, without complaining once.

And on his birthday, of all days, maybe we can just button it and celebrate our Lord. Maybe I can just do that. Otherwise, I’ve created another Christmas irony, by complaining about Christ’s birthday celebration. I’m like those little kids, arguing about putting Baby Jesus in the manger. Grown-ups! Right?

Hilton’s LDS Nursery Rhymes is hot off the presses and can be purchased at the BYU Store, or at Amazon.