The Great Sign of the Gathering of Israel | Meridian Magazine 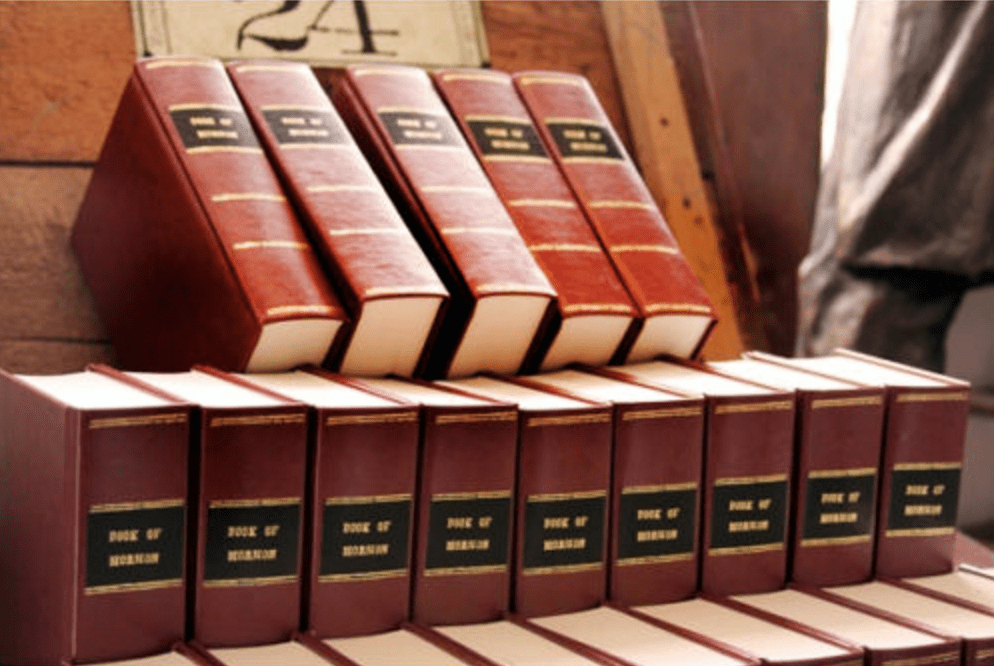 March 26th, 2030, is not only the 200th anniversary of the publishing of the Book of Mormon, it is also the date of the fulfillment of one of the most important prophecies in world history. Both Enoch and the Savior foresaw this event, and declared it to be the sign of the beginning of the Lord’s work, to get the world ready for the Second Coming.

After Moses brought the children of Israel out of Egypt into the Promised Land, Old Testament Prophets warned that if Israel turned rebellious against the Lord and were disobedient to His commandments, they would be driven out and scattered across the earth. Of course, they rebelled, and in fact, they were scattered to many disparate nations. So, despite many warnings, Israel rejected the covenant they had made with the Lord, and they were then ejected from their covenant lands. The ten tribes (known as Israel) were carried off to Assyria (about 721 bc), and later the remaining tribes (primarily Judah) were taken away to Babylon (about 587 bc). Here are a few of the Lord’s prophetic warnings that had been given to them:

Ironically, what was Israel’s devastation turned into a blessing for the rest of the world. By scattering the blood of Israel across the globe, the Lord blessed many nations in many ways. But the Lord also promised Israel that He would not leave them in this scattered and fragmented condition. He would restore His covenant once again on earth in the last days, and then He would gather Israel together once more. As Latter-day Saints, “We believe in the literal gathering of Israel” (AoF 1:10). But we also believe that Israel has to first be gathered back into the covenant, before they can be restored to their covenant lands. None of the Lord’s promises will fail. Here are a few of the Lord’s prophetic promises about the latter-day gathering of Israel we know to be true:

The premortal Savior also spoke to the Prophet Enoch, and showed him a vision of the entire history of the world, and especially the events to occur in the latter days (Moses 7:59-67). Enoch foresaw the scattering of Israel in Old Testament times, and then the latter-day gathering of Israel. The Lord also showed him a sign that would signal when this miraculous gathering would begin. He saw that the coming forth of the Book of Mormon—“truth that would come forth out of the earth, to bear testimony of the Savior, and His resurrection from the dead”— was the sign the gathering had begun. And Enoch was also shown that the Book of Mormon would “sweep the earth as with a flood, to gather out mine elect from the four quarters of the earth,” to bring them back into the covenant, and to prepare them for the Lord’s appearance in Zion, the New Jerusalem, which will be built on the American continent (see Moses 7:62; AoF #10).

The Brother of Jared was similarly shown this same vision. He saw “all things from the foundation of the world to the end thereof” (see 2 Ne. 27:10-11; Ether 3:25) and he wrote it down on metal plates of his own (Ether 3:21-28). When he was writing his own record, Moroni copied the Brother of Jared’s entire vision of the history of the world onto the Book of Mormon plates. That vision comprised 2/3’s of all the plates in the Book of Mormon record. When Moroni was finishing up the record, he was commanded by the Savior to seal up the vision of the Brother of Jared until the Lord was ready to reveal it.

So he encased those specific plates with a metal covering, and sealed them shut. Later, when Joseph Smith received the plates, he was commanded not to crack open, nor to translate that sealed portion. Thus, the Book of Mormon we have today is only 1/3 of all the information on the plates! We’ve been promised that when we’re worthy, and in the Lord’s “own due time,” we’ll get to read the remaining 2/3’s—the vision of the Brother of Jared of the history of the world, from beginning to end (Ether 3:27; 4:6; 2 Ne. 27:8). It will be marvelous to one day read another account of the scattering and gathering of Israel, and of the Lord’s work to redeem his covenant people.

Following His resurrection, when the Savior appeared to the Nephites and Lamanites in ancient America, He also prophesied of what had happened, and what would yet happen to Israel, God’s covenant people. And the Savior gave them the same sign so they could tell when the great latter-day gathering of Israel had begun. This sign is mentioned three times in one sentence (in 3 Nephi 21:1-7). These seven verses contain the longest sentence uttered by the Savior ever recorded in any scripture. And the sign He gave them is…the coming forth of the Book of Mormon! After describing the coming forth of the book, the Savior also described the life and mission of the Prophet Joseph Smith who would bring the record forth and send it out across the earth (see 3 Ne. 21:8-10).

Following His lengthy description in 3 Nephi 21 of the sign (the Book of Mormon), and of the Prophet Joseph Smith, the Savior then gave this remarkable promise, that a New Jerusalem would be built here in northern America, and after it is built, then the gathering of Israel would commence with even greater power than ever before: “And then shall the power of heaven come down among them; and I also will be in the midst. And then shall the work of the Father commence at that day, even when this gospel shall be preached among the remnant of this people. Verily I say unto you, at that day shall the work of the Father commence among all the dispersed of my people, yea, even the tribes which have been lost, which the Father hath led away out of Jerusalem. Yea, the work shall commence among all the dispersed of my people, with the Father to prepare the way whereby they may come unto me, that they may call on the Father in my name. Yea, and then shall the work commence, with the Father among all nations in preparing the way whereby his people may be gathered home to the land of their inheritance. And they shall go out from all nations; and they shall not go out in haste, nor go by flight, for I will go before them, saith the Father, and I will be their rearward” (3 Ne. 21:25-29).

As prophesied, the Book of Mormon will yet play an important and ever increasing role in gathering Israel, and in preparing the world for the Second Coming of Jesus Christ. One day, people in all nations will know about the Book of Mormon and its central message that Jesus is the Christ, our Savior and Redeemer, and then Israel will be gathered home. We have the book (the sign of the gathering of Israel) and we have the priesthood keys (the authority from Moses himself), to gather Israel once more back into the covenant. And in 2030, we will get to celebrate the 200th anniversary of the fulfillment of that great sign—the Book of Mormon coming forth and covering the earth like a flood—which tells everyone that the prophesied latter-day gathering of Israel is underway.

Yes, I should have been more precise in writing that opening paragraph. March 26, 1830 is the date the Book of Mormon was published. The coming forth of the Book of Mormon is the sign the Savior gave that the gathering of Israel had begun. March 26, 2030 (just a few years from now) is the 200th anniversary of that event. My apologies for not making that more clear in the opening paragraph.

It is a very good article except for the very first paragraph. The first paragraph distracts the reader from the actual article. We are all reading this trying to figure out what you know about 2030 as the time when some mysterious prophecy will be fulfilled. When we reach the end, we realize you are actually talking about 1830 being when the fulfilling was begun. There is no information in the article at all about 1830.