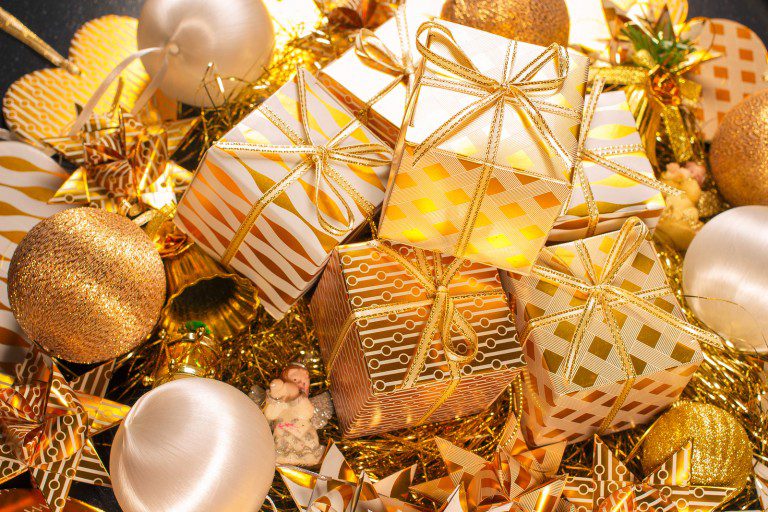 The Gifts We Sometimes Forget We Are Getting at Christmastime

For all of us, Christmas is associated with gifts and giving. Most of us have spent and will spend countless hours making and buying gifts for others. Most of us have some anticipation of the gifts we will receive Christmas Eve or Christmas Morning. Children especially are excited for the surprises (mostly) that await them. The malls are crowded, the Internet is abuzz with business, and the mail delivery systems are working overtime so that all of the presents will be placed under our trees by the appointed time.

Christmas giving begins with the great gift our Heavenly Parents gave to the world in sending their son to be born in a lowly manger in Bethlehem. That great gift embodies all the gifts of God—and it should inspire our giving to one another, not just at this season but throughout the year.

Moroni reminds us that “every good gift cometh of Christ” (10:18). What are these gifts? Clearly they are too numerous, too various, and too abundant to name. The scriptures speak of the gift of life and the gift of eternal life—and all the gifts that lie between. These include faith, which Paul says, is “the gift of God” (Eph. 2:8), as is grace: “But unto every one of us is given grace according to the measure of the gift of Christ” (Eph. 4:7). Some gifts are associated with Christ’s coming to earth to be born of Mary. Here are a few:

God’s hands are round and smooth
That gifts may fall
Freely from them
And hold back none at all.

While Christ gives abundant gifts to all of his children, he also gives special gifts to each of us. These are often referred to as the Gifts of the Spirit. James states, “Every good gift and every perfect gift is from above, and cometh down from the Father of lights” (James 1:17). God bestows on each of his children many gifts, even some we may not normally think of as gifts. After enumerating more than thirty gifts of the Spirit spoken of in the scriptures, Elder Bruce R. McConkie says, “And these are by no means all of the gifts. In the fullest sense they are infinite in number and endless in manifestation.” Even the humblest person in God’s kingdom can bless the Church through his or her gifts.

One of the great and abundant gifts of God is the world in which we live, a world which, as Gerard Manley Hopkins says, “is charged with the glory of God.” The beauties of the earth are a gift that we can cherish every day. Speaking of the beauty of the earth, the poet Robinson Jeffers wrote,

Another gift we celebrate at Christmas is the gift of holiness. Christmas is a holy season and holiness is one of the gifts that is evident through the advent of Christ. We sing, “More holiness give me,” knowing how much we need that gift in a world that is often unholy.

In condescending to become like us Christ gave us the gift of becoming like him. In a Christmas antiphon, the fifteenth century composer Thomas Stoltzer captured the idea of Christ giving his divine nature to us:

O wondrous exchange!
the creator of mankind,
taking on our living flesh,
willed to be born of a virgin;
and, coming forth as man
from no human seed,
has made us the gift of his divinity.

The crowning gift of God is the promise of eternal life, which the Doctrine and Covenants calls “the greatest of all the gifts of God” (14:7).

One could say that all of the gifts of the Father and his Holy Son are gifts of love. Their love flows constantly and abundantly to us. As Mechthild of Magdeburg, the thirteenth century German visionary and poet, expressed it,

Effortlessly,
Love flows from God into man,
Like a bird
Who rivers the air
Without moving her wings.
Thus we move in His world
One in body and soul,
Though outwardly separate in form.
As the Source strikes the note,
Humanity sings—
The Holy Spirit is our harpist,
And all strings
Which are touched in Love
Must sound.

This is why the scriptures say that God so loved the world that he gave his only begotten son.

One of the messages of Christmas is that not only has God given us generous gifts, but he has made it possible for us to give some of those same gifts to others. An example of such giving is recounted by Mormon poet Emma Lou Thayne about a Latter-day Saint family, the Cooks, who lived in Africa for three years, including three Christmases. As the third Christmas approached, Sister Cook mentioned to a Mennonite friend that she was homesick and would especially be so during the holidays. In response, her friend invited the Cooks to the Christmas service she and other Mennonites were celebrating that year.

When the Cooks arrived at the service, they were ushered to the front of the chapel where they sat as the Mennonite minister gave a sermon and the congregation sang Christmas carols. At the end of the service, a choir made up of Mennonite missionaries from all over Africa made their way to the front of the chapel and stood before the Cook family. Spontaneously, they began singing the well-known Mormon hymn, “Come, Come, Ye Saints” which celebrates the heroic exodus of the Mormon pioneers into the Great Basin. Sister Thayne writes,

Disbelieving, totally taken by surprise, Jan and her husband drenched the fronts of their Sunday best with tears as they were carried home on Christmas. When the choir finished, Jan’s friend said simply, “For you. Our gift.”

Jan’s Mennonite friend had sent to Salt Lake City for the music to the hymn that she knew Jan loved.  She had it duplicated and distributed to every Mennonite missionary in Africa; they in turn had learned it very carefully in order to bring the spirit of Christ to their own reunion, where foreigners to their faith would be waiting to hear.

This Christmas, rich or poor, we can all give something of ourselves to others. President Hinckley says, “Christmas means ‘giving,’ and the gift without the giver is bare. Give of yourselves; give of your substance; give of your heart and mind and strength to bring to pass His eternal purposes and to spread the cause of His eternal truth.” Such giving makes us aware of the many gift s of God we enjoy at this season. With Paul, let us say, “Thanks be unto God for his unspeakable gift” in sending his son to bless the world and all his children. 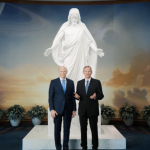