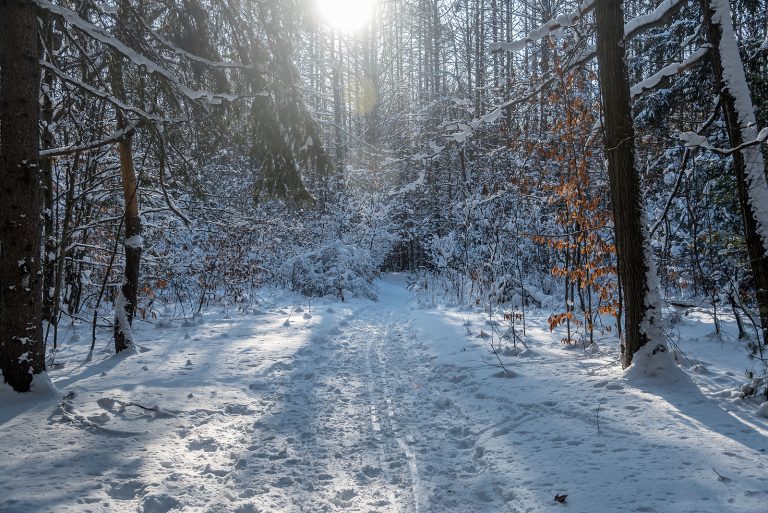 The Fruits of a Mission

I would like to tell you the story of two missionaries, Elder Barry Wasden and Elder Byron Shurtz, who were sent into the far north country of Ontario, Canada in 1953, then part of the Toronto Canada Mission, to labour in the Porcupine/Timmins area. These two missionaries taught my parents, Gordon and Ethel Finnigan, and my wife Mary’s parents, Doug and Joan McGinn, the gospel. This was a hard rock mining area and attracted tough people who, out of necessity, were tougher than the rocks.

This area in northern Ontario, Canada, about 500 miles north of Toronto, is where Ford and Jaguar auto companies “cold weather” tested their new car models. The average minimum winter temperature in January is – 20 Fahrenheit and some nights dropping as low as -60 Fahrenheit. It was so cold in Porcupine they had to carry golf balls in their mittens to knock on the doors to reduce the risk of frostbite on their fingers!

From Joan McGinn’s memoirs, ‘Early in January 1954, on a cold, cold night – 40 below Fahrenheit, I heard a knock on the outside door of the back porch. Surprised at anyone being out in such freezing weather, I hurried to open the door. There to my surprise were 2 young men. They asked “Mrs. McGinn?” I said ‘yes’ “we are the Mormon missionaries” Without hesitation I said, “You better come in, you look half frozen.” After removing their coats, I made some hot chocolate for the four of us and we began a long evening of discussions. We learned that Dan and Mabel Taylor had asked them to call on us. Elder Wasden and Elder Shurtz were ever so pleasant, sincere, and full of excitement for being in our home. As our conversation led to spiritual things, mainly the purpose of their visit, to share the Gospel of Jesus Christ in its fullness with us, I was led to ask about their Church teaching regarding infant baptism. Their reply touched the very core of my heart. “Mrs. McGinn, little children are pure and holy and fresh from the presence of God. They need no baptism for they are innocent and sinless.” Oh, how my heart filled with love and understanding that I had never known before. I looked at these two young men in their sweetness of conviction and directness and I knew that what they had said was true. What a difference compared to the elderly, learned, unsure answer the Protestant Minister had given me less than five months ago (when Boyd was born). Without hesitation, I replied “Elder, tell us the rest of your story” Thus began our investigation by discussions of the Church of Jesus Christ of Latter Day Saints and the opening up of a whole new world of spirituality and truth.’

When Doug and Joan committed to baptism in November, the ice was already on the lakes and there were no public indoor pools. Dan and Mabel Taylor suggested traveling to the closest baptism font in Toronto, 500 miles away. Dan, Mabel, Doug, Joan, Elder Greenwood, Elder Olsen squeezed into Dan’s car for the long journey. Doug and Joan were baptized November 28, 1954 and they never looked back.

It was interesting to me as I sent my son, Thomas, on a mission several years ago, to review the missionary work of Elders Wasden and Shurtz in the Porcupine and Timmins area. From these two families, to whom they taught the Gospel, now over 58 years’ worth of missionary service has been rendered in the following areas by Gordon and Ethel Finnigan, Doug and Joan McGinn and their children and grandchildren – Tahiti, New Zealand, San Diego Temple, Belgium, Brazil, Japan, Dominican Republic, Oregon USA, Colorado USA, France, Philippines, Madagascar, Italy, New Mexico USA, California USA, Arizona USA, Argentina, Nevada USA, Peru and the Washington DC and Toronto Canada Temples. The next generation of great grandchildren are now going forth.

Plus Mary’s parents have now served eight proselyting missions and served in the Toronto temple. My parents have served a temple mission in Washington DC and another mission in the Presidency of the Toronto Temple (when it was dedicated in 1990).  In addition, my brother Mike Finnigan has tried to always be financially supporting at least one missionary in the field all of the time.

We have recently done some calculations and determined that approximately 4,000 converts have been brought into the church as a result of Elder Wasden and Elder Shirts tracting during a blizzard using golf balls to knock on doors.

I do not want to give the impression that all of these missionaries baptized lots of people. Some served in high convert areas and some low, but all served diligently and grew in knowledge and testimony. For example, Doug McGinn served in France and never taught a lesson past the second discussion, but he planted many seeds. I also served in France with limited success.

All of these fruits will end up to Barry’s credit in the eternities.

Note, Another convert of Barry’s, Brother Garnett, informed the family at Barry’s funeral in 1998 that he had over 200 of his own family members who were now members of the Church since Barry’s mission.  Thomas Spencer Monson arrived in Toronto Canada to preside over this mission in 1959 at the age of 31.  Sadly, Stuart Finnigan passed away unexpectedly on July 24, 2020, after writing this letter. He was just 69.