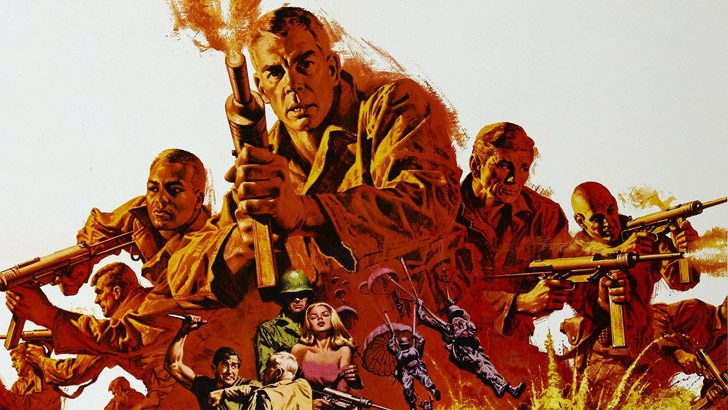 In the wake of the Supreme Court imposing same-sex marriage, Meridian Magazine has published several articles about religious freedom so that our readers can understand what’s at stake and participate as knowledgeable citizens.

Gene Schaerr, the attorney who represented Utah in defending its marriage law, said at a BYU conference Tuesday that the Supreme Court lobbed a dozen religious freedom grenades with its recent marriage ruling which he called a “colossal mistake”.

Schaerr, who was called a profile in courage, left his high-profile Washington DC law firm where he was an illustrious appellate litigator, to defend marriage. He said, “Since the decision, I’ve been asked whether having made some personal and professional sacrifices whether I feel devastated. I can’t deny that the decision was an enormous disappointment and a tragedy for democracy, federalism, children and ultimately society, but I have no regrets about taking on the case and how we approached it.”

He said we need to leave a record in hopes that other nations and future generations will understand the issues and that the four dissenting justices have laid a groundwork for a future Supreme Court to reverse the Obergefell decision.

“Contrary to what we hear,” he said, “Justice Anthony Kennedy recognized that there is potential for enormous conflict between institutionalizing same-sex marriage and religious freedom.”

Three different times in the ruling Kennedy went out of his way to express respect for those whose view of marriage differed in statements like, “Marriage…is by its nature a gender-differentiated union of man and woman. This view long has been held—and continues to be held—in good faith by reasonable and sincere people here and throughout the world.”

While it is true, Schaerr acknowledges, that Kennedy’s comments are only about speech and not about the more robust freedom represented by religiously-motivated conduct, the justice still evinced respect for religion.

Nonetheless, Schaerr, said, “The opinion, unintentionally, I think, launched at least 12 religious freedom grenades that are still in the air, and I’ll call those the ‘dirty dozen.‘”

Six of those threats are to individuals and six to institutions.

Utah, Schaerr noted, has largely handled the first five of these issues in laws recently enacted here, and the last one isn’t an issue in Utah because it doesn’t have a public accommodations law. All six are likely to be big problems in many states for some time to come.

The problems listed below are likely to be issues on both the state and federal level.

Schaerr suggests that there is much we can do in the face of these threats. Some of it is rolled up in this quote by Elder Dallin H. Oaks, “Even as we seek to be meek and to avoid contention, we must not compromise or dilute our commitment to the truths we understand. We must not surrender our positions or our values.”

Elder Oaks said, “As followers of Christ, we should be examples of civility. We should love all people, be good listeners, and show concern for their sincere beliefs. Though we may disagree, we should not be disagreeable…We should be wise in explaining and pursuing our positions and in exercising our influence…When our positions do not prevail, we should accept unfavorable results graciously and practice civility with our adversaries.”

Schaerr said, however, that we must also be engaged and active in defending religious freedom. “Obergefell has opened a religious freedom can of worms..and it’ll be several years before we know where all the worms end up, and where they end up will depend in large part on what we do about it.”

The conclusion? Be civil and stand up for religious freedom rights.

I agree with the comment about Hillsdale College. Schools should stop accepting federal funds in order to protect themselves. Concerning the Christian nation comment: https://townhall.com/columnists/michaelmedved/2007/10/03/the_founders_intended_a_christian,_not_secular,_society/page/full

Individuals will need to stand for truth and righteousness during these difficult and tumultuous times. Religious freedom is imperative to the laws and rights of the United States where we have the Constitution, a divine document. And this land will only be free from bondage upon a Christian based society. Marriage, one man and one woman, is the foundation of said society. This is the truth and it will stand. One quote from the founding fathers: ". . . Virtue, morality, and religion. This is the armor, my friend, and this alone that renders us invincible. These are the tactics we should study. If we lose these, we are conquered, fallen indeed . . . so long as our manners and principles remain sound, there is no danger." Patrick Henry