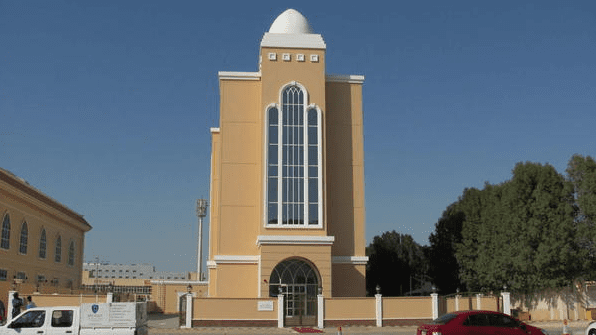 The Dawn of Greater Religious Liberty in Saudi Arabia?

I’ve just read a short but interesting article in the latest issue — 4 August 2018 — of the Economist, titled “Hosannahs in the sand?”

It seems that Muhammad bin Salman, the Saudi crown prince, who has broken with tradition by allowing cinemas to open, open-air pop concerts to be held, and, most amazing of all, women to drive, is thinking about permitting the opening of churches within the boundaries of Saudi Arabia.  In October 2017, he indicated that he wants his nation to be “open to all religions, traditions, and people around the globe.”  He has even hosted the Maronite Christian patriarch, as well as a papal emissary (Cardinal Jean-Louis Tauran), in the royal palace.

Why is this so shocking?  It has often been argued that churches were banned from the Arabian Peninsula in the days of the Prophet Muhammad himself, or very, very soon thereafter — which is to say, fourteen centuries ago.  And Saudi Arabia has barred the construction of churches since the establishment of the Saudi state in 1932.  “Elsewhere it’s no problem,” the Economist quotes a senior Saudi prince as commenting, “but two dins [singular din, pronounced deen], or religions, have no place in the Arabian peninsula.”  (He is paraphrasing a purported hadith or saying of Muhammad.)

In other words, Muhammad bin Salman may well face opposition from within his own extended ruling family if he chooses to permit the construction of Christian churches within the Kingdom.

Out among the date palms and the sand dunes near the eastern oil fields and the city of al-Jubayl, fenced off by the Saudi antiquities authority and surrounded by guards, lie what seem to be the ruins of a seventh-century Christian monastery, which suggests that seventh-century Islam permitted the construction of churches on the Arabian Peninsula.  Additionally, early Arab chroniclers record the existence of a Christian synod in a diocese called Beit Qatraye, near al-Jubayl, in AD 676, fully forty-four years after the death of the Prophet Muhammad.

Moreover, all six of the other countries that share the Arabian Peninsula with the Saudis have allowed the building of churches within their boundaries.  Qatar, which follows the same rigorous Wahhabi version of Islam that the Saudis do, permitted the construction of a new Christian church about a decade ago.  Bahrain did the same already in 1906 and, this year, allowed ground to be broken for a new cathedral to be called Our Lady of Arabia.  (The article doesn’t mention the rather spectacular new Latter-day Saint stake center in Abu Dhabi, within the United Arab Emirates, shown above.)

The Economist reports that at least some Saudi theologians think that the Prophet’s prohbition of two dins in Arabia has been misinterpreted.  They want to argue that the word refers not to religions as such, but to religious authorities.  They also point to the so-called “Constitution of Medina,” which seems to me very promising territory and which I think I’ll treat at greater length in another blog entry sometime.