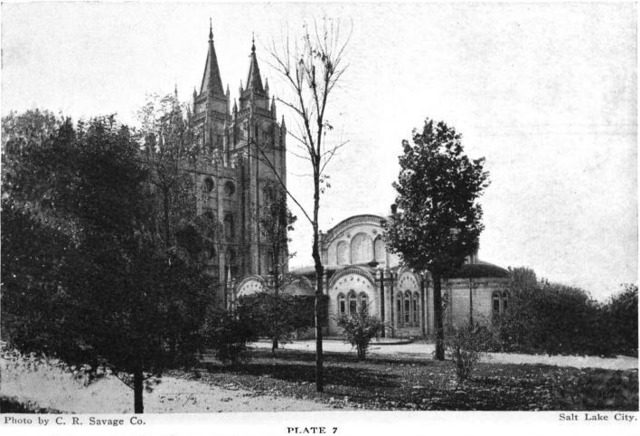 The Brilliant Way the LDS Church Responded to a Blackmail Attempt

The following comes from LDSLiving. To read the full article, click here.

Eighteen years after the Salt Lake Temple was dedicated, James E. Talmage was commissioned to put together a book that explained the importance and purpose of LDS temples, complete with photographs of the interior of the Salt Lake Temple. The idea for this unique project, however, was the result of a rare situation in Church history: blackmail.

In 1911, a former Mormon named Gisbert Bossard, with the aid of a temple grounds gardener, snuck into the Salt Lake Temple while it was being renovated and took photographs of the inside. Then, working with a shady businessman named Max Florence, Bossard attempted to sell the photos to the Church for an exorbitant amount of money. Florence sent a letter to President Joseph F. Smith, including a few of the photos and asking for a large sum of money in exchange for keeping them out of the public eye.

The Salt Lake Tribune was the first to report on the scandal, which horrified many faithful Mormons who, of course, felt that their holy temple had been horribly violated.

In response to the blackmailers’ request, however, President Joseph F. Smith resolutely declared, “I will make no bargain with thieves or traffickers in stolen goods. I prefer to let the law deal with them.”

Soon after, Elder James E. Talmage, then the acting president of the University of Utah, wrote a letter to the First Presidency, suggesting that the Church preempt the blackmailers and  produce their own set of interior photos, along with brief, general explanations of the pictures and the purpose of Latter-day Saint temples.

Click here to see the pictures that were taken and to read the rest of the article.