The Atlantic: What Mormon Family Trees Tell Us About Cancer | Meridian Magazine 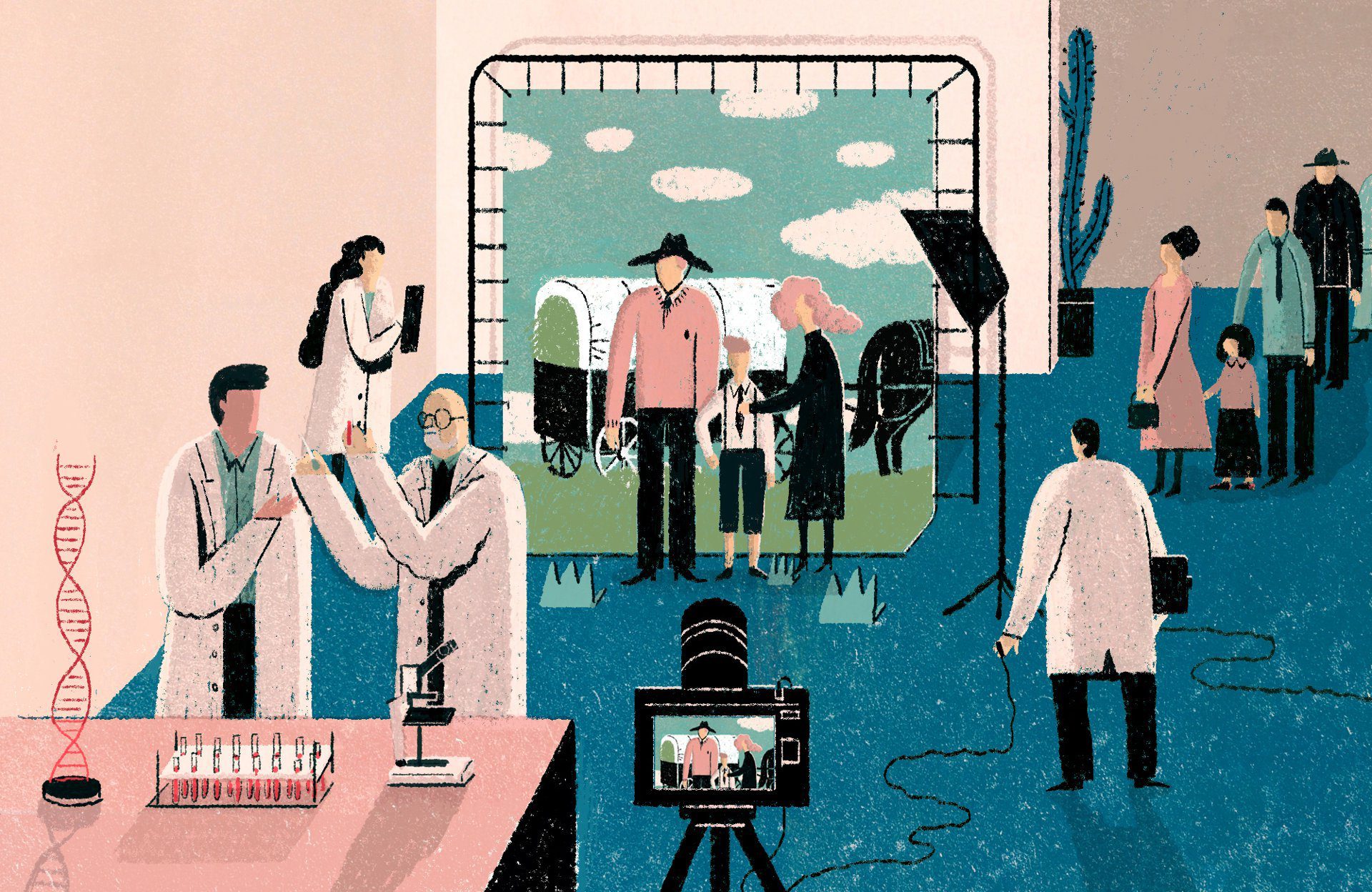 The Atlantic: What Mormon Family Trees Tell Us About Cancer

The following article appeared in The Atlantic. To read it in full, click here.

Nobody knew it then, but the genetic mutation came to Utah by wagon with the Hinman family. Lyman Hinman found the Mormon faith in 1840. Amid a surge of religious fervor, he persuaded his wife, Aurelia, and five children to abandon their 21-room Massachusetts house in search of Zion. They went first to Nauvoo, Illinois, where the faith’s prophet and founder, Joseph Smith, was holding forth—until Smith was murdered by a mob and his followers were run out of town. They kept going west and west until there were no towns to be run out of. Food was scarce. They boiled elk horns.The children’s mouths erupted in sores from scurvy.  Aurelia lost all her teeth. But they survived. And so did the mutation.

Earlier this year, I met Gregg Johnson, Lyman and Aurelia’s great-great-great-great grandson. The genetic mutation that had traveled the Mormon Trail was now in Gregg, one of hundreds of the Hinmans’ descendants in the Utah area. Gregg is 61, with blue eyes and a white goatee. He frequently travels for his job as a craftsman for Mormon temples, but Utah is still home. “I’m just a Salt Lake City boy,” he says.

The mutation that came with the Hinmans turns out to be a troublesome one. It lies dormant just long enough for people to have children and pass the mutation along, but not long enough to watch their children start their own lives. Gregg’s mother died of colon cancer at age 47. Her mother also died early of colon cancer, as did her mother. And who knows how many other relatives succumbed, stretching all the way back when the Hinmans came to Utah.

Gregg knows the history of this mutation in a gene called APC because he’s spent more than 30 years in a series of studies at the University of Utah—made possible by a vast trove of Mormon genealogy records. Detailed family trees make it easier to trace genes that cause disease. After the Hinmans and other pioneers settled in the state, the Mormon church kept records that over time became an unusually detailed and complete genealogy. In the 1970s, university researchers had the foresight to combine these genealogy records with the state cancer registry to create what ultimately became the Utah Population Database. So when scientists began suspecting a genetic cause for cancer, they went hunting through the Mormon family trees.

They found patterns of deadly inheritance:  BRCA1, one of the infamous cancer mutations, as well as mutations for cardiac arrhythmia and melanoma. And of course, they found the APC mutation behind the colon cancer in Gregg’s family. Utah became an accidental genetics laboratory. When Lyman hitched his wagon for Utah a century and a half ago, he ended up setting a course for colon cancer research.

To read the rest of this fascinating article in The Atlantic, click here.

I am part of the Hinman family too and have the gene. At 30 I had most of my colon removed to stave off the cancer. I did studies for the UofU starting at age 16.

how sad for the hinman family and how fortunate that in Utah there is research going on. so as I am reading I suppose that cancer is caused by a mutation of the genes. this was discovered and traced. very interesting.