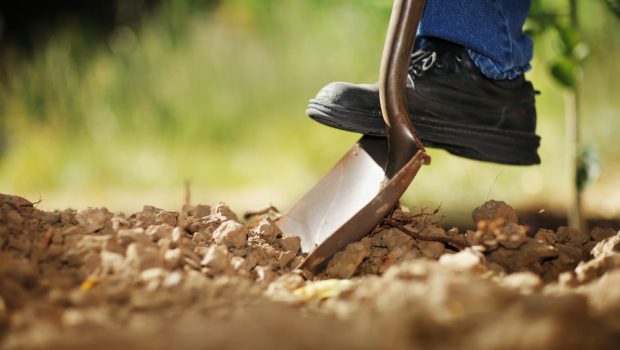 The Anti-Nephi-Lehies and Buried Weapons

I have been thinking about the things the Anti-Nephi-Lehies did with their weapons.  Everybody knows they buried them.  But that was not their first effort to overcome their inclination to shed blood.

“For they became a righteous people; they did lay down the weapons of their rebellion, that they did not fight against God any more, neither against any of their brethren” (Alma 23:7, emphasis added).

I can picture this happening.  When these good men and women realized that their conduct with regard to the sanctity of life was offensive in the sight of God, they made a decision to quit shedding blood.  They laid down their weapons, they took them to the garage and stored them there, out of sight and in a place where the inclination to use them would be lessened.  Their resolve was commendable.

When I was bishop of a young adult ward, I saw a lot of young people do things like this: they got involved with pornography or another brand of immorality, awake to a realization of their stupidity, and come to see me.  They confessed openly, shed tears freely, and declared their resolution to repent firmly.  They were determined to be more careful on the computer or on their dates or as they selected entertainment.  They announced their determination to not fight against God any more, and they lay down the weapons of their rebellion.

“I would recommend that you go through your record albums and set aside those records that promote the so‑called new morality, the drug, or the hard rock culture. Such music ought not to belong to young people concerned about spiritual development” (Ensign, Jan. 1974, p. 27).

This language: “set aside those records . . .” is the language of laying down the weapons of our rebellion.  But setting them aside may not be enough, as the Anti- Nephi-Lehies learned.

Apostate Nephites and others among the Lamanites, infuriated by the conversion of their brethren, made preparations to slaughter them.

“And it came to pass that the Amalekites and the Amulonites  and the Lamanites who were . . . in all the land round about, who had not been converted and had not taken upon them the name of Anti-Nephi-Lehi, were stirred up by the Amalekites and by the Amulonites to anger against their brethren. And their hatred became exceedingly sore against them, even insomuch that they began to rebel against their king, insomuch that they would not that he should be their king; therefore, they took up arms against the people of Anti-Nephi-Lehi” (Alma 24:1-2).

Now what?  If someone has discovered that the shedding of blood is a major problem in their life, and if they have repented and set their weapons aside, what do they do when circumstances occur which will give them a greatly increased incentive to take up those weapons again?  What do they do when the temptation to return to old and abandoned ways increases?  This is where the burying happens.

The King of the Anti-Nephi-Lehies said to his people:

“And now, my brethren, if our brethren seek to destroy us, behold, we will hide away our swords, yea, even we will bury them deep in the earth, that they may be kept bright, as a testimony that we have never used them, at the last day; and if our brethren destroy us, behold, we shall go to our God and shall be saved. And now it came to pass that when the king had made an end of these sayings, and all the people were assembled together, they took their swords, and all the weapons which were used for the shedding of man’s blood, and they did bury them up deep in the earth” (Alma 24:16-17).

There is a powerful principle in the comparison of Alma 23:7 and 24:16,17.  We might write it like this: When temptation increases, my resolve to overcome it will increase.

A lot of years ago, I spent some time with a son discussing his collection of cassette tapes.  I had discovered as I read the lyrics printed on the inserts of those tapes that the messages of some his music was more suggestive of Babylon than Zion.  We talked and I expressed some of my concerns.  A few days later he called me to his room.  He had a shoe box with a considerable number of cassette tapes in it.  As we visited I watched him remove those music tapes one at a time, slip a pair of scissors under the visible segment of the tape, and snip each one and drop it in the garbage.  That activity is a different thing than laying aside inappropriate material.  That is putting that material in a place where, in a moment of increased temptation, it cannot be retrieved.  That is burying it deep in the earth.

I had a visit from one of my great ward members a few years ago.  He  had been struggling with some moral issues, including Internet pornography, for a  long time. In one of our earlier visits I took him to the scriptures in Alma 23 and 24 and we talked about laying aside and burying the weapons of his rebellion. His problems continued.

Then, a while later, he was set on fire by the Spirit and his determination to qualify for the Melchizedek Priesthood,  But after a powerful and renovating period of repentance, his old enemies attacked, and in a moment of weakness, he made use again of those things that he had laid aside. His regret brought him to me. He stepped into my institute office, closed the door, and asked if I had a few minutes. Briefly he explained what had happened. Then he opened his backpack, removed his laptop and handed it to me.  “Keep this for me,” he said.  “Do not give it back until you are certain that it will never be a problem for me again.”  I put it high on a shelf, out of reach, nearly out of sight, and promised him it would stay there, untouched and safely buried until all his enemies were defeated.  They were, and I participated with him in his ordination to the Melchizedek Priesthood and his marriage in the temple.

I remember another young man with a similar problem.  I told him about the Anti-Nephi-Lehies, and the story of the laptop in my office and suggested to him that he acquire a shovel and start digging.  He said he could not and explained.  The computer which gave him access to the weapons of his rebellion was a family computer, one his father used to conduct his business from home, a business which required high-speed Internet connections and ready access to the Web.  I suggested that he speak to his father and ask for some help.  He did and told me on the next visit that his dad had told him about the same thing he had told me.  Computer access was an essential part of his productivity.  But a week later, in the next visit, he told me that the computer was gone.  His father had realized that his son’s spiritual safety was a higher priority than the convenience of his computer.  His dad had made arrangements to use a computer in another office or the library or something.  The one at home was buried!

Aron Ralston was the hiker who spent five or six days with his arm trapped under a boulder in Blue John Canyon.  He finally amputated his own right arm, hiked a few miles down the canyon, rappelled with one arm down a sixty-foot cliff, and then hiked until he was discovered by a Utah Public Safety helicopter. Some time later, my wife and I watched a TV special on him. He returned with Dan Rather and a cameraman to the place where he had lost his arm.  There he described his ordeal, hiked with Dan Rather out the same canyon, rappelled down the same cliff, and walked again to the place where he met the helicopter.

Cutting of your offending hand, your right hand, (Matthew 5:23,24, JST; Matthew 18:7-9 JST), that is, cutting yourself off from a transgression that has you trapped, is the Biblical equivalent of burying your weapons.

Thank you for an excellent article showing a powerful practical application of the burying of weapons! Elder Richard G. Scott explained the meaning of the story in a similar way: "[S]ometimes our poor choices leave us with long-term consequences. One of the vital steps to complete repentance is to bear the short- and long-term consequences of our past sins. Their past choices had exposed these Ammonite fathers to a carnal appetite that could again become a point of vulnerability that Satan would attempt to exploit. "These Ammonite fathers ... needed taller and wider fortifications between their faithful lives and the unrighteous behavior of their past. Their sons, who were blessed with righteous traditions, were not as vulnerable to the same temptations. They were able to defend their families faithfully without compromising their spiritual well-being." https://www.lds.org/general-conference/2013/10/personal-strength-through-the-atonement-of-jesus-christ?lang=eng&query=Richard+G.+Scott I believe this is the real purpose of the story - to show what it means to truly repent and forsake sin, and to what extent we should be willing to go to avoid relapses. Some try to interpret the actions of the people of Ammon as a universal condemnation of war and endorsement of pacifism. That is not only incorrect as a matter of doctrine, but it misses the point.