The 15 Most-Read Articles from Meridian in 2020 | Meridian Magazine 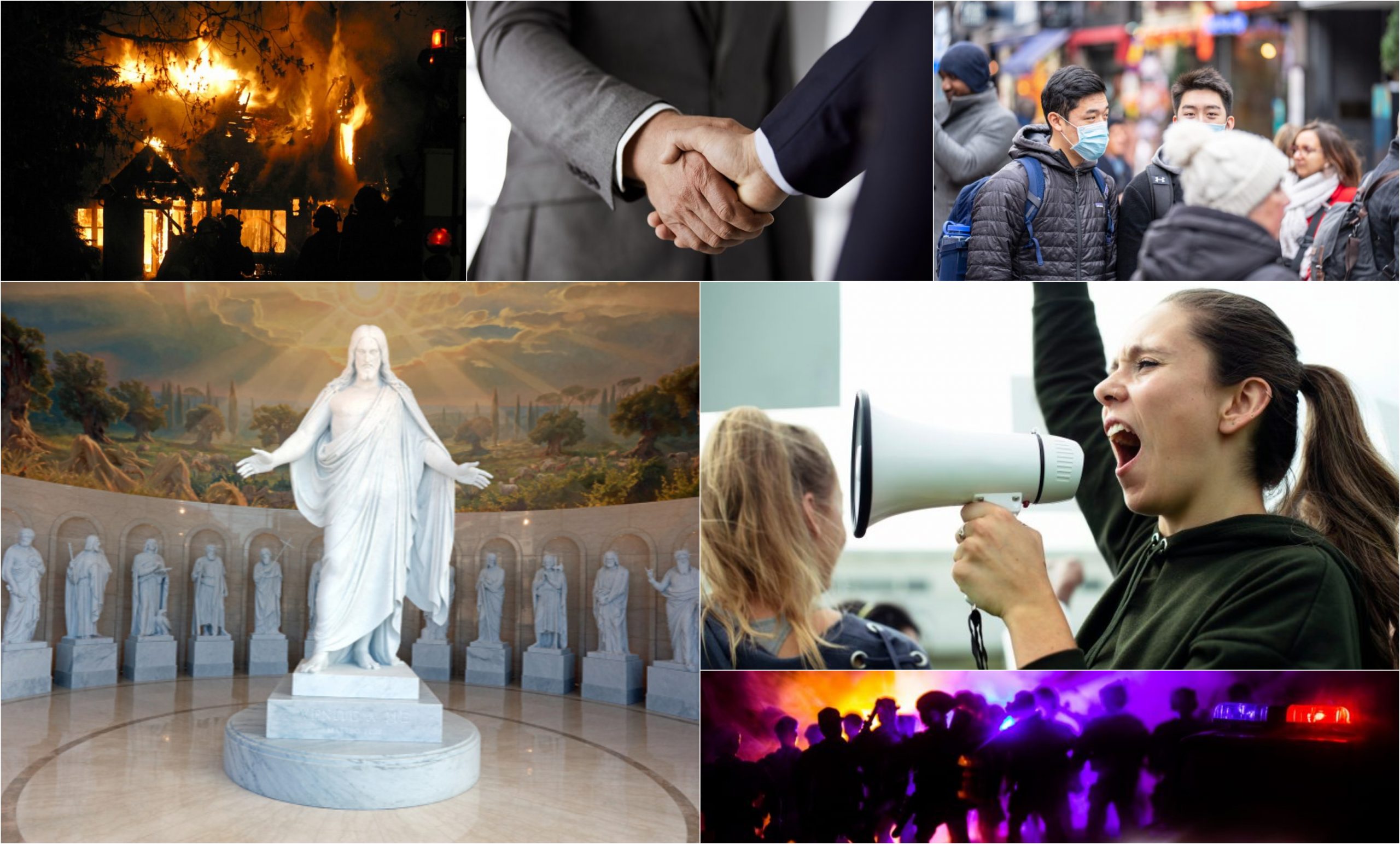 The 15 Most-Read Articles from Meridian in 2020

As we bid farewell to 2020, let’s look at the 15 best-read articles of the year, purely selected mathematically by click throughs from you as Meridian readers. Our top article received 350,000 reads, and there are consistently pages that draw Meridian readers first—the Podcast page, the news page and all Come Follow Me study aids.

Of note is that the articles on social issues had a real draw this year for readers, in part because we have been in such an upheaval, and we are all searching for a little clarity. We’d like to prepare for it, understand it, talk about it, escape from it.

If you have missed any of these articles, here’s a chance to look at them, now, and as we look to 2021, we expect even more top quality reads.

1. 10 Things the Devil Does not want you to know about the Book of Mormon By Robert Starling

There are all sorts lists of things that critics of The Church of Jesus Christ of Latter-day Saints seem to think its members ought to know.   You find them all over the internet.  But what are the things the Devil does NOT want anyone to know about the Book of Mormon, the “keystone” of our religion?

2. To Burn Your Own House Down by Maurine Proctor

A chilling German play called “The Arsonists” is about a man named Biedermann who lives in a town where arsonists have turned many homes to ash. They infiltrate their way into people’s homes by disguising themselves as peddlers. He wonders how anyone could be so foolish to take one of them in.

3. A Prophet, Preparation and a Pandemic by Sean Brotherson.

We are living during what might be called the Great Pause. In our globalized world of the 21st century, we have never seen anything quite like it. Businesses are still. Transportation is less. People wait in their homes, apartments, and places of work, wondering and struggling and praying. The COVID-19 pandemic has placed our world on the brink of a different era—and we nervously peer ahead and anxiously wonder about the transitions.

4. How Should We Respond if We Think a Former Prophet said Something Wrong? By Mark A. Matthews.

In the current climate of historical figures being attacked, some have taken their aim at some of our early prophets and sought to vilify them for their perceived mistakes or weaknesses. But, how should faithful saints today look at possible mistakes of these inspired prophets of the past?

5. Why Latter-day Saints Should be Concerned about Social Justice Ideology by Rebecca Taylor

6. The Riots and the Danger of False Narratives by Maurine Proctor

The Book of Mormon, written specifically for our times, is a warning in so many ways, but there is a caution that we should not miss. That is the consistent and emphatic plea about the perilous and destructive power of false and manipulative narratives.

7. How Should Latter-day Saints Vote? By Kim White

A few months ago, I began noticing a disturbing trend online. I began seeing posts and comments that went something like this: No real/true/faithful member of the church could vote for ____________.

Indeed, there are some things that members of the Restored Church can be expected to largely agree on because we share a common faith and follow living prophets. But the things I saw mentioned were not general gospel principles like forgiveness and chastity, but narrow and specific partisan stances.

8. A Church Prepared for Crisis: The Timeliness of the Church’s Emphasis on Home-Centered Worship by Jeff Lindsay

When the Church announced in 2018 that it was shifting to less Sunday time in Church buildings and a greater emphasis on learning and worship at home, the reasons for that didn’t seem especially clear to me. Frankly, I missed the three-hour block and was a little frustrated to have Sunday School only ever other week since I really enjoy it .

9. Coronavirus: As the Threat Grows, It’s Time to Prepare by Carolyn Nicolaysen

Concern amongst governments and the medical community is growing as we see a rapid change in the spread of the virus. As I have said before, we know the last days are here and tough times are coming. Only Heavenly Father knows how serious the coronavirus will become and if it will continue growing into a true world-wide pandemic, but He has warned us someday it will come.

10. President Nelson Paints a Vision of the Future of the Church by Meridian Church Newswire

“Today, the Lord’s work in The Church of Jesus Christ of Latter-day Saints is moving forward at an accelerated pace. The Church will have an unprecedented, unparalleled future. ‘Eye hath not seen, nor ear heard, … the things which God hath prepared for them that love him,’” writes President Russell M. Nelson in a recently released article.

Michael says the following about his inspiration for the song:

“When my heart “heard” President Nelson’s challenge to share our testimonies of the extraordinary event 200 years ago in a grove in Upstate New York I LOVED the fact that he wanted us to share with everyone we knew how we, personally #HearHim!“

“Probably no surprise that a songwriter “hears the Lord” in his native tongue: songs.”

12. Elder Bednar Responds to Pandemic: “Never Again Must the Right to Worship God be Trivialized” by Meridian Church Newswire

Speaking at the online only 2020 BYU Law School Religious Freedom Annual Review conference, Elder David A. Bednar said “While believers and their religious organizations must be good citizens in a time of crisis, never again can we allow government officials to treat the exercise of religion as simply nonessential. Never again must the fundamental right to worship God be trivialized below the ability to buy gasoline.

13. The Journey Home for a Mission President who was Excommunicated by Marilyn Taggart Hadd

An excommunication from the church following faithful service as a mission president interrupts our expectations.  A mission president is logically considered to be a worthy example, chosen for leadership skills and commitment to all the principles of a dedicated and consecrated way of life.  His influence guides the life trajectory of hundreds of young men and women for years and years to come.  When that example veers off of a covenant path, questions outnumber answers.  One man’s story includes such a detour.

14. An Unprecedented Sculpture Park to Celebrate the Book of Mormon by Scot and Maurine Proctor

America is a covenant land, whose promise has been declared in the Book of Mormon since ancient times by prophets who saw our day. Yet, there is an irony.

Europe has her magnificent sculpture gardens, with heroic statues of Greek gods, but until now America has had very few places to commemorate the exceptional promise she bears, nor have there been sculptures on this scale to etch the lives of prophets into the hearts of viewers.

15. Because She Carried a Baby She Knew Would Die, Another Life was Saved by Michaela Proctor Hutchins

Krista walked into the OB/GYN office for her 10-week appointment alone. It was just a routine checkup, and though she had two miscarriages previous to this pregnancy, she already had three healthy children. No need for her husband to accompany her. As the ultrasound tech began doing her regular exploration of the abdomen and Krista looked expectantly at the screen, the tech’s face fell. Concerned, she left the room seeking another opinion.