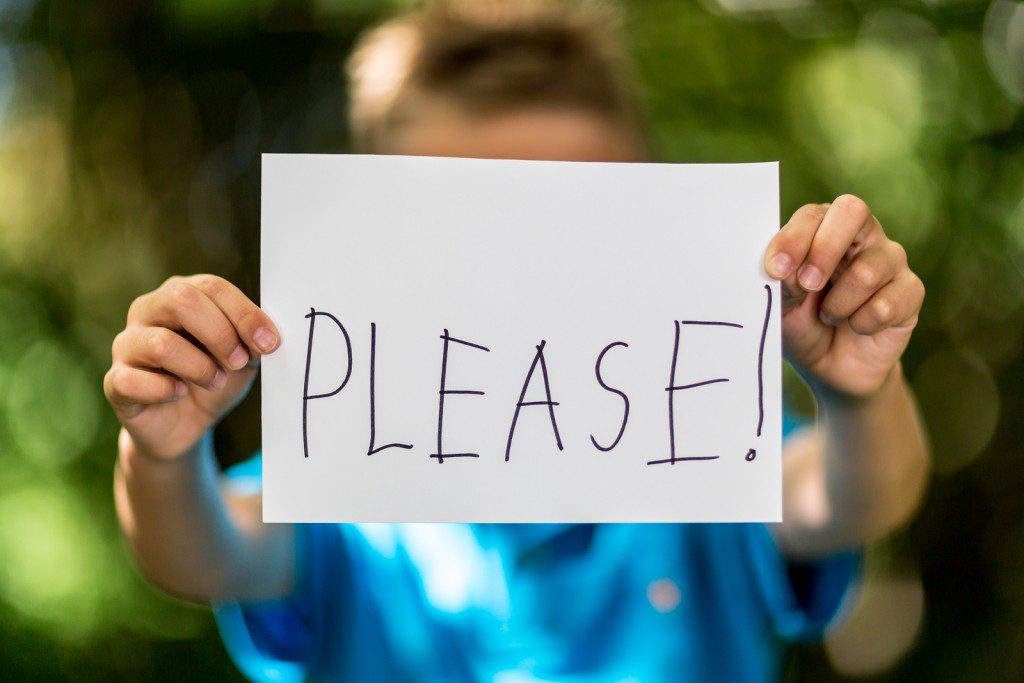 “I probably shouldn’t even tell people about this because it’s probably bad, but I just felt I had to do it,” said a friend of mine shortly after a trip with her four-year-old son to the gas station.

My friend–we’ll call her Joanna–is a hip young mother of two small children who is trying to make sure her children get the best upbringing possible.

“My four-year-old son has really been interested in how pumping gas works lately, so when I went to the gas station I told him he could pump the gas into the car. While he was pumping the gas into the car the gas station attendant came over to tell me that my child wasn’t allowed to pump gas. I probably shouldn’t have done this but I just ignored him and kept letting my son pump the gas. He’s my child and I know what is best for him. The gas station attendant was not respecting me as a parent.”

This story has caused me much thought.

I don’t know if the gas station or the state has a rule about the age of people allowed to pump gas, but Joanna didn’t think about that or try to understand the gas station attendant’s point of view and responsibility to keep people safe. I don’t think Joanna was standing beside her son.

When I heard this story, I immediately noticed a common conflict parents find themselves in. Parents rightly see their teacher/nurturer role as having a right to allow their child to experience whatever they determine is appropriate. The gas station attendant sees himself as the person in charge of the establishment and the person who must inform others of the rules in order to keep people safe. He has the right to create rules for the gas station and has the right to give people no answers. He even has a right to refuse service to someone if they don’t keep the rules. His role as gas station attendant needs to be respected or chaos at his establishment will result.

In the situation above, the role of the parent deciding whatever they want, is in direct conflict to the role of the gas station attendant giving a ‘no’ answer. Likewise, these two adults have very different perceptions of what the role of a four-year-old should be at a gas station.

As much as some people would like to erase roles altogether because of popular gender role debates and selfish views of the purpose of life, it is impossible. From the very beginning we have had roles. God sent us here, so we have a role as a follower and child of God. Those are roles we can pretend don’t exist but we cannot escape them. I am a woman, a wife, and a mother. Those are roles I cannot escape. I can live contrary to those roles by not respecting them or feeling ingratitude for them but I really cannot escape them. Unless I magnify the roles I have, I will never find peace. Peace comes by knowing who I am and living according to that identity. Living contrary to my identity as mother, wife, or woman will only bring frustration, depression and a selfish unfulfilling view of life.

To be clear about roles, because it is the solution to this mother’s problem, roles are not a task list of responsibilities like cooking, cleaning, driving places, or cutting the lawn. A role is much deeper than that. A role is the character we play in life. It is literally who we are and the impact we have. We can pick our list of duties once we determine what it really means to live the role we have. Some mothers cook, others don’t. Cooking has nothing to do with roles. Women often cook because it is a form of nurturing. Nurturer is their role. That role comes because of biology. The mother carried and birthed the child; which is the beginning of a nurturing relationship.

The word “role” was created inadvertently by playwrights. Role was originally roll. If you look in Webster’s 1828 dictionary the word role doesn’t exist, but the word roll does. It means “to move in a circular direction; a mass made round; an official writing [such as a court roll]” In the theatre industry there was always a day called “roll day” when the rolls of parchment containing the character assignment as well as the lines the character was intended to say in the play. This parchment was rolled up and tied with a piece of ribbon and given out to the actors. On this day they got their rolls. After a while the contents of the parchment came to be called roll and so the spelling was changed to be role. I can just see the actors saying to each other “What roll did you get?” “Oh, my roll is Benedick.”

When I read the definition of “moving in a circular direction” combined with the origin of the word “role”, the meaning of the word became more clear. We are each given roles before we are even born. God has special things for each of us to accomplish. Essentially, He was the playwright who gave us our rolls or parts to play. And like the definition of the word roll, we are in a circular progression. We are eternally moving through roles in the circle of our lives. The word role is beautiful!

What This Mother Could Have Done

If Joanna would have truly understood roles the situation would have played out differently with her son I think. This is what could have happened.

When Joanna had the thought that she wanted to tell her four-year-old that he could pump the gas, she could have also thought, “I wonder if the gas station would be okay with my son pumping the gas. Out of respect for the gas station I will ask them if it is okay.”

At this point Joanna could go with her son to the gas station attendant and say “My son is really interested in how gas pumping works. Is it alright if I allow him to pump the gas in our car?” If the attendant had a problem she could have suggested that she help him or stand beside him while he does it. Most people, if approached that assertively and with that much respect, will consent to the request. If the gas station attendant said no to the request, Joanna could have taught her son by example how to accept a no answer.

Think of the respect Joanna could have taught her son. In a world full of feelings of personal entitlement her son could have learned to respect the role of someone else and how to speak respectfully. A society crumbles if roles are not respected.

The book Roles: The Secret To Family, Business & Social Success is now available for pre-sale. You can read about it here.

If you would like to be able to get a copy of the book for free, come to the Teaching Self-Government Conference. Details here.

A quick internet search shows that several states have laws making it illegal for anyone under sixteen to pump gas. In a case in Pennsylvania, a mother was charged for letting her three year old do it. This mother was yelling at a gas station attendant for "not respecting" her "right" to have her child break the law--a law that was put in place to protect children from from a highly flammable, explosive chemical. A small child would be at special risk of getting gasoline in the eyes (being at about eye level with the tank), which can cause cornea displacement. What was she thinking?