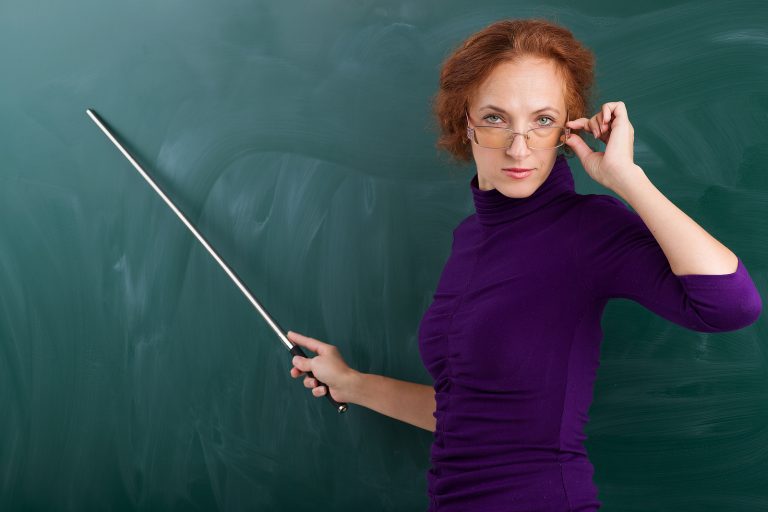 Mrs. Ward was known as a strict teacher, and we experienced it firsthand. Of course, her sternness might have been out of necessity. Our eighth-grade social studies class consisted of fifty-four rambunctious boys and was the last period of the day. As a group, we seemed to oscillate between overly energetic one day to half asleep the next.

Mrs. Ward’s class rules stated that if she caught a person doing something wrong or causing trouble, they would be immediately sent to the principal for disciplinary measures. Corporal punishment with a big wooden paddle was still considered appropriate in that era. If she set forth a punishment, no questions were asked, and the person was marched off to what we often joked was the torture chamber.

Her rules also said that if someone did something wrong, and she couldn’t figure out who it was, then the class must tell her. If no one would, the entire class would be punished. Though we had been in class almost an entire year, we had never had a full class punishment. Nothing ever seemed to get by Mrs. Ward. She had an uncanny ability to always know who the perpetrator was, even when she was writing at the board and had her back to the class.

It was late May, and we were winding up our final studies about Europe, when that changed. Mrs. Ward had traveled frequently to Europe and loved that section of the class. Unfortunately for me, with it being May, I was ready to be out of school and working on the farm. It took every ounce of discipline I could muster to sit in that seat for an hour.

Mrs. Ward said we had worked hard that week, so on Friday, she would show us some slides from her trips to Europe. She said we wouldn’t have to have any homework for the weekend. That sounded good. But on that Friday, the slides seemed to go on forever. I felt like if I had to see one more cathedral, I was going to go crazy.

At that point, she showed us a church that was bombed in World War II and had been beautifully restored. My pent-up energy got the best of me and took over my mental reasoning. I started making airplane bomber noises. Mrs. Ward immediately flipped the lights on.

“Who was making those dreadful noises?” she demanded.

In my defense, I thought they were pretty good, accurate sounds. Still, I knew I was in big trouble. However, no one answered. Lenny mouthed to me, “No one will tell on you.”

“Well then,” Mrs. Ward said, “if no one wants to tell me who it was, you will all be punished. You each have a five-page paper on the destruction of European cathedrals during World War II due next week, and you can spend part of your lunch hours working on it.”

The entire class groaned, but still no one showed any sign of ratting me out. I looked at all my friends, willing to take a punishment to protect me, and I knew I couldn’t live with knowing I had let that happen.

The look on her face changed from one of anger to one of shock. “You realize you will be severely punished?” she asked. I nodded, so she said, “Why would you admit it if no one would tell on you?”

“Because it’s not fair for everyone to have a punishment that should be mine alone, and if a teacher punishes students, the punishment should at least be fair.”

I didn’t mean it as a criticism of her class rules. I was just stating how I felt. I hadn’t realized how it had sounded until Lenny drew his hand across his throat as if to say, “You’re dead!”

The expression on Mrs. Ward’s face was hard to judge. She paused briefly, then said, “Daris, you will stay after class.” She then turned off the lights and continued the presentation.

When class ended, and everyone had gathered their books to leave, Lenny said, “I’ll put some flowers on your grave.”

After everyone was gone, Mrs. Ward said, “I’ve never had anyone admit it was them when I didn’t know. And your expression of justice has made me reconsider my methods.”

Instead of sending me to the principal, I had to do the extra papers, but I always felt good that I took the blame that was mine.

Such honesty and integrity from our favorite "teacher": Daris Howard!! Thank you for another outstanding story/example!