Striving to Hear Him in All Things « Meridian Magazine 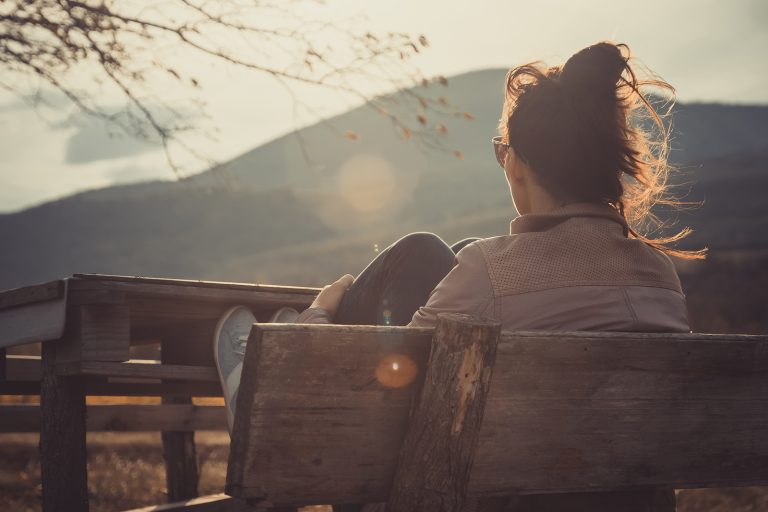 During the recent April General Conference of The Church of Jesus Christ of Latter-day Saints President Russell M. Nelson invited listeners around the world to “Hear Him.” President Nelson taught, “The very first word in the Doctrine and Covenants is hearken. It means “to listen with the intent to obey.” To hearken means to “hear Him”—to hear what the Savior says and then to heed His counsel. In those two words—“Hear Him”—God gives us the pattern for success, happiness, and joy in this life. We are to hear the words of the Lord, hearken to them, and heed what He has told us!”

I have a friend, Elizabeth Mansfield, who has exemplified President Nelson’s counsel to “Hear Him” for decades. Years ago, Elizabeth shared with her fellow Relief Society sisters two examples from her life of “Hearing Him.” As a young adult attending Brigham Young University, it bothered Elizabeth that young women and women did not have the same opportunity to hold offices within the Aaronic and Melchizedek priesthood as young men and men. She took the matter straight to the highest source by praying mightily to Heavenly Father to understand why.

One day her answer came at an unexpected time and place. Elizabeth said she was on BYU campus on the long, outdoor stairway close to the Smith Fieldhouse when the Spirit pierced her heart and mind with a clear answer. It was, “Elizabeth, it is not a matter of importance; it is a matter of organization.” That spiritual experience resolved her doctrinal concern, and she felt peace and happiness.

A second example of Elizabeth “Hearing Him” was in 2006. She and her husband John were contemplating moving their family into a new home closer to John’s employment. They prayed about this major decision and received the answer not to move at that time. Over the next three years as they watched the economic conditions in the United States take their course including the financial crisis of 2008 and watched the housing market in the suburbs of Maryland change, they witnessed the financial blessing they received by heeding the Lord’s personal counsel to them to wait a few years to buy a home. Those who heard this story were inspired and strengthened by Elizabeth’s witness of the tangible, temporal blessings that can come by seeking and “Hearing Him.”

On another occasion, Elizabeth shared with me yet another example of her “Hearing Him.” During a ladies lunch gathering in September of 2017 Elizabeth shared her long-held priority that becoming a full-time mother was “Plan A” and pursuing a career was “Plan B.” After her marriage to John, she kept both plans in mind knowing the uncertainty of when or if a baby may come. Considering that she was accepted to BYU as a National Merit Scholar, graduated valedictorian in the college of Life Sciences at BYU, and at age 24 was pursuing a Ph.D. in molecular biology at Johns Hopkins University, being willing to adjust “Plan B” for “Plan A” was significant. She said, what drove her priorities was the repeated counsel of prophets to put marriage and motherhood first. After the birth of her first child, she adjusted her plans of earning a Ph.D. to earning a Masters of Science degree instead.

Elizabeth was one month away from finishing her master’s degree when her second child was born. With two children just 16 months a part, she finished her remaining coursework a year later. With the addition of two more children, “Plan A” was in full gear for several years. As her children grew, she again strongly considered pursing a career but felt for her personal situation, she should have more children. Elizabeth and John were blessed to have another son and their only daughter to complete their family.

Her parting thoughts to me on this topic was, “you can never go wrong following the prophet.” Two months after that conversation, my friend Elizabeth was diagnosed with stage IV cancer and passed away the following October at the age of 48. If Elizabeth had pursued a career, it would have been a relatively short one. By “Hearing Him” her influence and legacy are alive and thriving through her six children—two of whom have served full-time missions for The Church of Jesus Christ of Latter-day Saints.

On June 1, 2020 family and friends celebrated Elizabeth’s 50th birthday either by social distancing at her gravesite or remotely through technology. To remember and celebrate the inspiring life of someone who was especially learned (2 Nephi 9:29) and consistently “Heard, Hearkened and Heeded Him,” here is the eulogy of Elizabeth Pack Mansfield written by a loving family member. Happy 50th Birthday, Elizabeth!