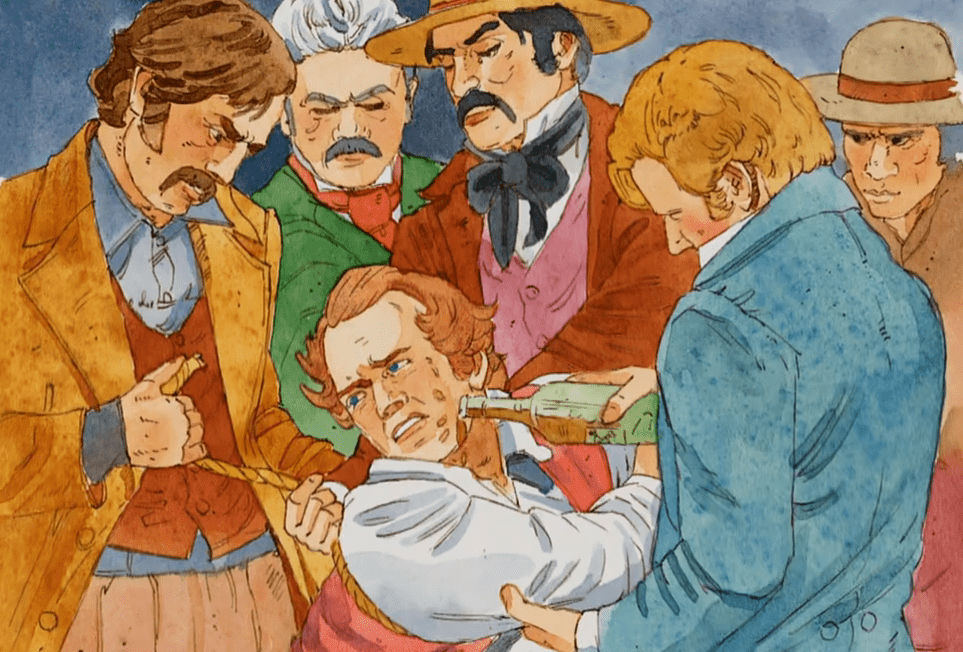 Striving to Be Disturbers and Annoyers

From the moment Joseph Smith first announced his encounter with Deity, he was surrounded by scoffers. Skeptics smirked about the stories of visions, plates, and angels. Many were certain that they could hear the funeral bells beginning to toll before this movement had really come to life. Some, inspired by dark motives, tried to hasten its demise. All of them might have done well to remember the the words of Gamaliel to the council as they made plans to slay Peter and John:

“And now I say unto you, Refrain from these men, and let them alone: for if this counsel or this work be of men, it will come to nought: But if it be of God, ye cannot overthrow it; lest haply ye be found even to fight against God” (Acts 5:38- 39).

It seems clear that in those early days of the restoration no one lacking the spirit of prophecy could have predicted what would become of this church, its leaders, and its scriptures. The following article comes from the Ohio Atlas and Lorain County Gazette, published in Elyria, Ohio, on Thursday December 6, 1832.

“As a curiosity, we have carefully examined the Golden Bible, and pronounce it not even ‘a cunningly devised fable,’ Every page bears the impress of its human authorship. Though free from vulgar obscenities, it is an absurd collection of dull, stupid and foolishly improbable stories, which no person, unless under the influence of powerfully excited feelings can mistake for truth and inspiration. — With its authors, the Book of Mormon cannot survive this generation. The next will remember it, only to smile at the credulity of the present.”

I confess to a bit of smirking myself. The person who wrote this piece certainly had not “carefully examined” the book. It is hard to imagine that someone could get so many things wrong in so few words. As for the assertion that the “Book of Mormon cannot survive this generation” . . . has anyone read the Ohio Atlas and Lorain County Gazette recently? But over one hundred and fifty million copies of the Book of Mormon have been printed (as of 2011), and it is still being read.

Let me add one other example of the lack of prophetic power among our detractors.

Thomas Ford was governor of Illinois while the Mormons were settled in Nauvoo and surrounding communities. His role in the martyrdom is clear.   He promised Joseph Smith “protection and a fair trial” six times in the week before the martyrdom. And then, Pilate-like, on June 27, he ignored four warnings about an imminent attack on the jail, and left Joseph and Hyrum at the mercy of the mob while he went to Nauvoo to “see for [himself] what was happening there.”

When he completed his term as Illinois’ chief executive, Governor Thomas Ford spent a year writing the book, A History of Illinois. In that book he called Joseph Smith

“The most successful imposter in modern times; a man who though ignorant and coarse, had some great natural parts, which fitted him for temporary success, but which were so obscured and counteracted by the inherent corruption and vices of his nature that he never could succeed in establishing a system of policy which looked to permanent success in the future.” (A History of Illinois, p. 354, Emphasis added.)

I spent part of an afternoon in Carthage, Illinois, several years ago, asking citizens on the streets what they knew about Thomas Ford. One or two knew that he had been governor of the state a long time ago. Most knew nothing at all unless it was related to his interactions with Joseph Smith. But they all knew something about Joseph Smith.

It is hard to know what Ford would consider “temporary success” or “permanent success,” but perhaps the “system of policy” called the Church of Jesus Christ of Latter-day Saints would qualify as something other than temporary.

For some it was not and is not enough to disparage. Like the members of the mob at Carthage, some were and are insistent on more violent solutions to the problem of prophets, gold bibles, and the church that embraces them:

Joseph Smith had an early warning about what would happen among those who learned of him and his work: He reported that Moroni

“called me by name, and said unto me that he was a messenger sent from the presence of God to me, . . . that God had a work for me to do; and that my name should be had for good and evil among all nations, kindreds, and tongues, or that it should be both good and evil spoken of among all people” ( JS-History 1:33).

But by then he had already experienced the beginnings of animosity that would end in a jail in Carthage. He wrote:

“Some few days after I had this vision, I happened to be in company with one of the Methodist preachers, who was very active in the before mentioned religious excitement; and, conversing with him on the subject of religion, I took occasion to give him an account of the vision which I had had. I was greatly surprised at his behavior; he treated my communication not only lightly, but with great contempt, saying it was all of the devil, that there were no such things as visions or revelations in these days; that all such things had ceased with the apostles, and that there would never be any more of them.

“I soon found, however, that my telling the story had excited a great deal of prejudice against me among professors of religion, and was the cause of great persecution, which continued to increase; and though I was an obscure boy, only between fourteen and fifteen years of age, and my circumstances in life such as to make a boy of no consequence in the world, yet men of high standing would take notice sufficient to excite the public mind against me, and create a bitter persecution; and this was common among all the sects—all united to persecute me.

“It caused me serious reflection then, and often has since, how very strange it was that an obscure boy, of a little over fourteen years of age, and one, too, who was doomed to the necessity of obtaining a scanty maintenance by his daily labor, should be thought a character of sufficient importance to attract the attention of the great ones of the most popular sects of the day, and in a manner to create in them a spirit of the most bitter persecution and reviling. But strange or not, so it was, and it was often the cause of great sorrow to myself” (JS-History 1:21- 23).

He was astonished by its frequency and ferocity, but Joseph understood the reason for the resistance to his work.

“It seems as though the adversary was aware, at a very early period of my life, that I was destined to prove a disturber and an annoyer of his kingdom; else why should the powers of darkness combine against me? Why the opposition and persecution that arose against me, almost in my infancy?” (JS-History 1:20).

Opposition to the work of God has not ceased, of course. Like all of you, I have met people who demonstrate bitterness toward the Church. Reading the verse above caused me to organize a club among the young members of the church with whom I worked at Especially for Youth programs. I called it the “D&A” club. I even printed membership cards and invited all those to join who, like Joseph, were willing to be “disturbers and annoyers” of the kingdom of Satan.

Persecution will follow such a commitment, but “Blessed are they which are persecuted for righteousness’ sake: for theirs is the kingdom of heaven” (Matthew 5:10).

Because our Church is being faced with a wide variety of attacks through Social Media and other means, I highly recommend the reading or viewing of "Stand for Ever," by ElderLawrence E. Corbridge, dellivered at BYU on January 22, 2019 (see https://speeches.byu.edu/talks/lawrence-e-corbridge/stand-for-ever/)

This article is a great one! I’ve said before that I’m a new convert and I’m learning everything anew and fresh! Learning this history of Joseph Smith is amazing and makes me appreciate and love him all the more! The great works he had ahead of him, the ridicule and persecution that awaited him and his unmovable faith in the Lord is so inspiring! I Too knew nothing of that governor of that time, that Ford fellow.... see I forgot his first name (joking)! However, I knew Joseph Smith name before my conversion! It’s amazing what you learn just by reading articles in the Meridian! I’m so elated and proud to be apart of this Church, of Jesus Christ LDS! One of the best decisions of my life! God is always here with us! I’m learning so much, not only through my teachings, but reading articles like these helps to strengthen my faith! Thank You for your article, it was enlightening!