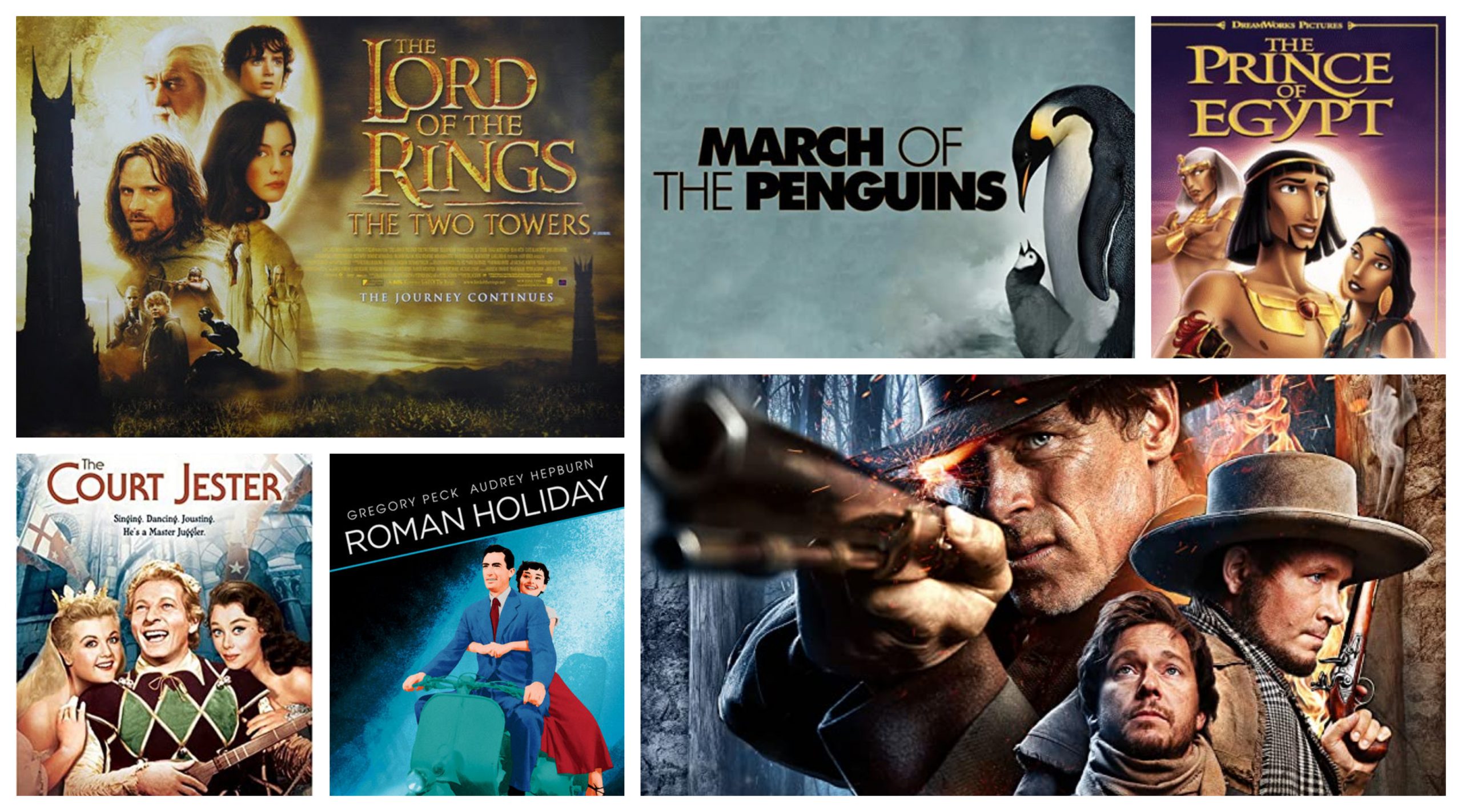 The Two Towers. This week’s episode of Cinema Therapy explores how the kingdom of Rohan in this second Lord of the Rings film exemplifies our own journey from hopeless isolation to victorious togetherness. Watch our episode above and rent/buy the film here.

How Rare a Possession: The Book of Mormon. Very, very good film about The Book of Mormon tells the stories of Moroni finishing and burying the plates, Parley P. Pratt gaining a testimony, and Vincenzo di Francesca, an Italian priest who discovered the book without a title page, sacrificed his profession to believe in it, and searched for its origin for decades. Great, great stuff. Stream it on Living Scriptures.

Swiss Family Robinson, about a shipwrecked English family who build a treehouse paradise, tame wild jungle animals, and face off with pirates, is one of the all-time great Disney films. If you’ve never seen it, now’s the time! Stream it on Disney Plus or rent/buy it here.

Despicable Me, the hilarious supervillain-goes-good comedy, is now on Netflix. Enjoy the vocal talents of Steve Carell, the heartwarming story, the minions, and the screenplay by two Latter-day Saints. Stream it on Netflix or rent/buy it here.

Prince of Egypt. Some artistic liberties are taken with the biblical story of Moses and the Exodus here, but the film’s heart is in the right place, the animation is staggeringly gorgeous, and voice actors are perfect. It’s not hyperbole to use the phrase “masterpiece” here. Stream it on Hulu or rent/buy it here.

Quigley Down Under , with Tom Selleck, Alan Rickman, and Laura San Giacomo, is one of the all-time great “buffet movies.” Meaning it has something for everyone. Action, romance, drama, and comedy are perfectly blended in this tale of an American sharpshooter from the Old West who’s hired to hunt in Australia. He turns on his employer when he learns he’s expected to hunt aborigines. I’ve yet to meet the person who didn’t love this film if they gave it a chance. Rated PG-13 for mild language and innuendo, action violence, and non-sexual aboriginal nudity (think National Geographic). Watch it on Youtube.

Roman Holiday is one of my all-time favorite romances. Audrey Hepburn stars as a young European princess playing hooky from her royal duties to tour Rome incognito. Gregory Peck is the reporter who falls for her. Sweet and impeccably acted.Stream it on Crackle or rent/buy it here.

Out of Liberty, from director Garret Batty (The Saratov Approach, Freetown) tells the story of Joseph Smith’s incarceration in Liberty Jail from the eyes of the jailer (Jasen Wade, 17 Miracles). With the tone of a gritty Western, this is an inspiring, well-directed, well-acted watch. Stream it on TubiTV or rent/buy it here.

March of the Penguins. The award-winning documentary, narrated by Morgan Freeman, follows the lives of Antarctic penguins and they struggle to survive and thrive. Gripping and adorable. Stream it free on Vudu or rent/buy it here.

Court Jester. Danny Kaye (White Christmas) gives a tour-de-force comedic performance as a medieval spy trying to dethrone an evil king while undercover as a Court Jester. One of the funniest movies ever made, and wholly family-friendly.Rent or buy it here.

Mullet Mania’s Mischievous Moments. Public pranks and parkour fight scenes around BYU campus in my 2003 student film. Come for the laughs, stay for the action after “The End.”