Streaming Saint: “Rise of Skywalker”, “Groundhog Day”, “Work and the Glory III” and More to Watch this Week | Meridian Magazine 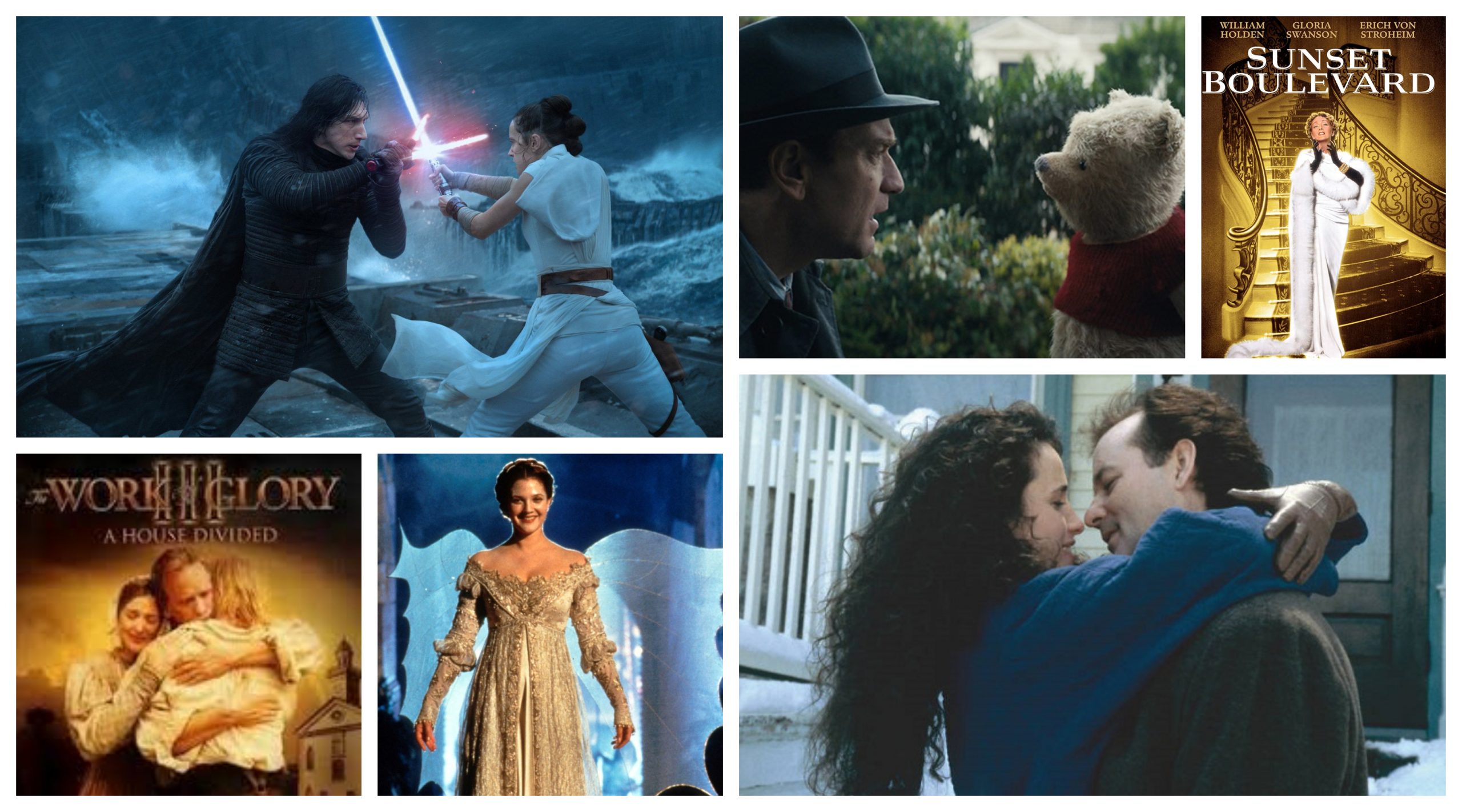 Streaming Saint: “Rise of Skywalker”, “Groundhog Day”, “Work and the Glory III” and More to Watch this Week

Groundhog Day. This week’s episode of Cinema Therapy reveals how our repetitive lives under quarantine mirror the trap in which Bill Murray finds himself in this classic comedy. Like him, we can find deliverance in self-improvement and serving others. Watch our episode above and rent/buy the film here.

Work and the Glory III. The final film in the trilogy based on Gerald Lund’s bestselling novels finds the fictional Steed family facing intense persecution in Missouri while reconciling with their estranged son Joshua. Beautifully-produced series about The Restoration and the prophet Joseph Smith. Stream it on Living Scriptures or rent/buy it here.

Rise of Skywalker, arriving on Monday, May 4th (AKA “Star Wars Day” or “May the 4th Be With You”), the final chapter in the Skywalker Saga finds Rey confronting her destiny, her heritage, and Kylo Ren. Critics were mixed but audiences generally were pleased. All of the Star Wars films (minues Solo) and the excellent various TV series (Clone Wars, The Mandalorian, Rebels, and Resistance) are on Disney Plus for you to get your fix from. Stream it on Disney Plus or rent/buy here.

Christopher Robin. The boy from Winnie-the-Pooh is all grown up, stressed in his career and strained in his family relationships. Pooh, Piglet, Tigger, and the others return to help him rediscover his childhood virtues in this underrated gem starring Ewan McGregor. Stream it on Netflix or rent/buy it here.

Madagascar 2: Escape to Africa- Dreamworks Animation’s superior sequel finds the escaped zoo animals trying to return to New York, only to find themselves stranded in Africa where Alex the lion reunintes with his family. Stream it on Hulu or rent/buy it here.

1917. Stunning World War I drama earned accolades for its daring filmmaking and heart-wrenching storytelling. Clearplay offers legal filters for language and violence, accessible if you rent or buy the film from Amazon and apply Clearplay filters.

Out of Liberty, from Saratov Approach director Garrett Batty, finds Joseph, Hyrum, Porter Rockwell, and others clashing with Missourians circling their jail like bloodthirsty sharks. Jasen Wade is the guard tasked with keeping them safe. Watch it free on YouTube above.

Sunset Boulevard is one of the great Hollywood classic films, a dramatic noir with comedic undertones, as a fading Hollywood starlet teams with struggling screenwriter for another crack at stardom. Stream it on Crackle or rent/buy it here.

All Dogs Go to Heaven. Classic animated film finds a con artist canine returning from the afterlife to help a little girl in need. From legendary Latter-day Saint director Don Bluth (The Secret of Nimh, Anastasia). Stream it on TubiTV or rent/buy it here.

Muppets from Space. A later entry in the Muppets canon, but incredible amounts of fun for the whole family. Stream it free on Vudu or rent/buy it here.

Ever After. For my money, one of the better versions of the Cinderella story and Drew Barrymore’s best film. An underrated PG romance.Rent or buy it here.

What Else is On? Student film made while I was at BYU parodies popular television circa 2004, from reality shows to action hits and more. Good clean fun.

You should add BYUtv on here. You can mention that Other Side of Heaven 2 is available on demand. Also for my sake you could add FRNDLY tv since I subscribe to that one and you could give me a heads up of whatever dumb hallmark movie is coming out this week.