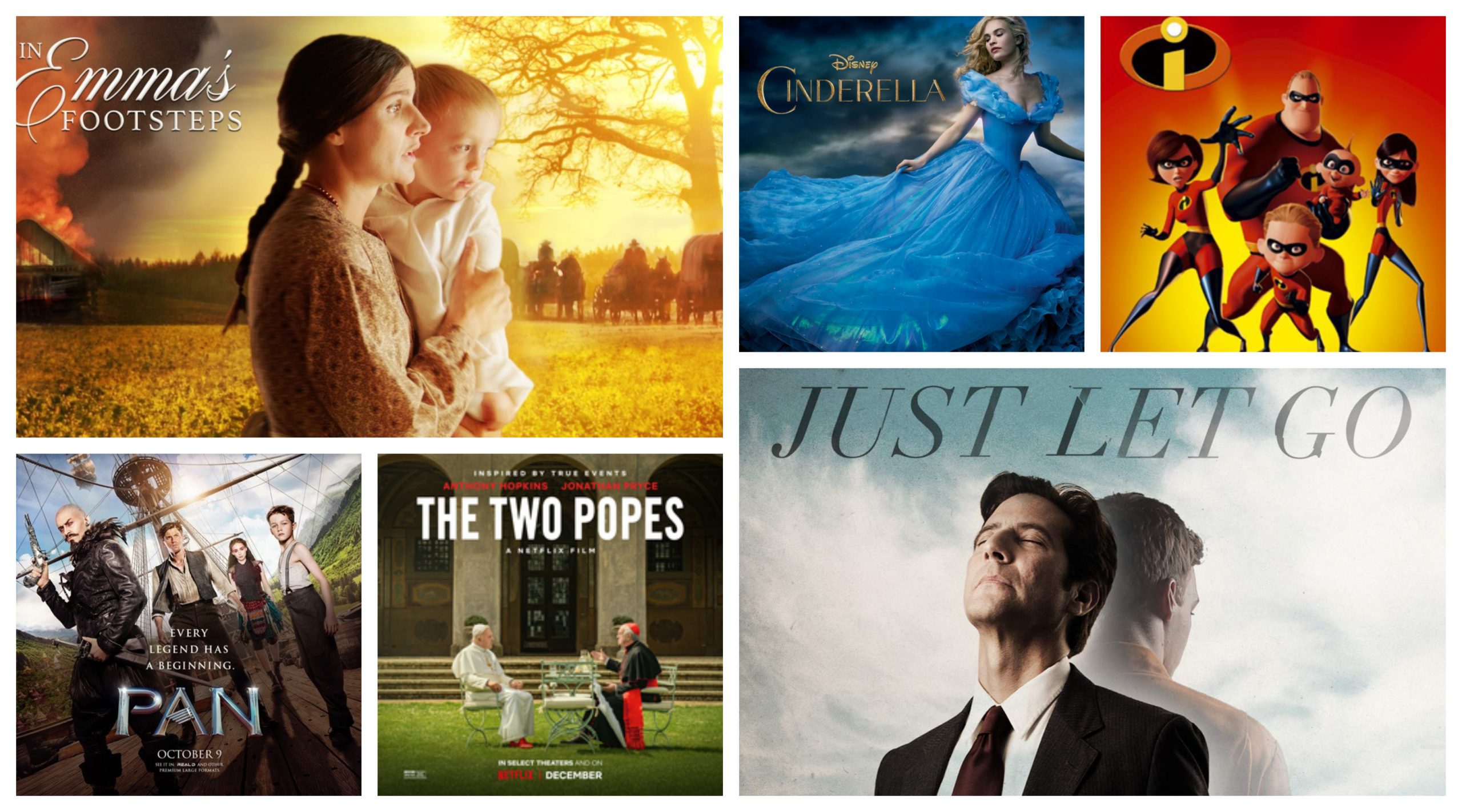 Streaming Saint: “Cinderella”, “In Emma’s Footsteps”, “Puss in Boots” and More to Watch this Week

In Emma’s Footsteps. Wonderful film about Emma Smith and her decisions in the immediate aftermath of the Martyrdom. Thoughtful and faith-promoting. Stream it on Living Scriptures or rent/buy it here.

Cinderella just debuted on Disney Plus. Of all the recent live-action remakes, this is the only one to improve on the original with a thoughtful screenplay, well-crafted characters, lush production design, and a graceful, gentle message. Stream it on Disney Plus or rent/buy it here.

Puss in Boots. Lighthearted Shrek spinoff about the fencing feline is great fun for all ages. Stream it on Netflix or rent/buy it here.

Pan. Hugh Jackman headlines this reimagining of the Peter Pan/Captain Hook legend. Not the best version of this story, but better than the critics said. Stream it on Hulu or rent/buy it here.

E.T. The Extra-Terrestrial. Classic Spielberg film about a family who rescues an alien from another planet is a masterclass in movie-making. Emotional and soaring. Stream it on Peacock or rent/buy it here.

Just Let Go. True-story Latter-day Saint tearjerker about a father who loses his family to a drunk driver and wrestles with forgiveness. Powerful. Free to watch on Netflix.

The Two Popes captures the transition from Pope Benedict to Pope Francis and the Catholic church’s wrestle between tradition and progression with beautiful humanity and faith. Rated PG-13 for some language. Fortunately, you can stream the film on Netflix and apply Clearplay filters for content.

White House Down finds a disgraced agent finding redemption in protecting the President of the United States from terrorists. PG-13 for violence and language, so heads up, but it is patriotic fun. Stream it on Crackle or rent/buy it here.

Monsters vs. Aliens. Dreamworks Animation animated comedy blends 50’s sci-fi and cheesy 50’s horror, in this family-friendly tale of invasion and heroes. Good fun for the whole family. Stream it on TubiTV or rent/buy it here.

The Incredibles. Needs no introduction. Family superhero adventure is first-rate tale of vulnerability and healed marriage. Rent or buy it here.

BYU’s Divine Comedy: Vain Repetitions. From 2005-2007 I performed with the popular Brigham Young University humor troupe Divine Comedy, whose members later formed Studio C. This bit shows what would happen if all of our regular prayers and the things we ask for actually came true.

Be aware that E.T. has some very foul language! I hadn't remembered that, and fortunately watched it myself before sharing it with the kids! It is now at the back of the shelf!!