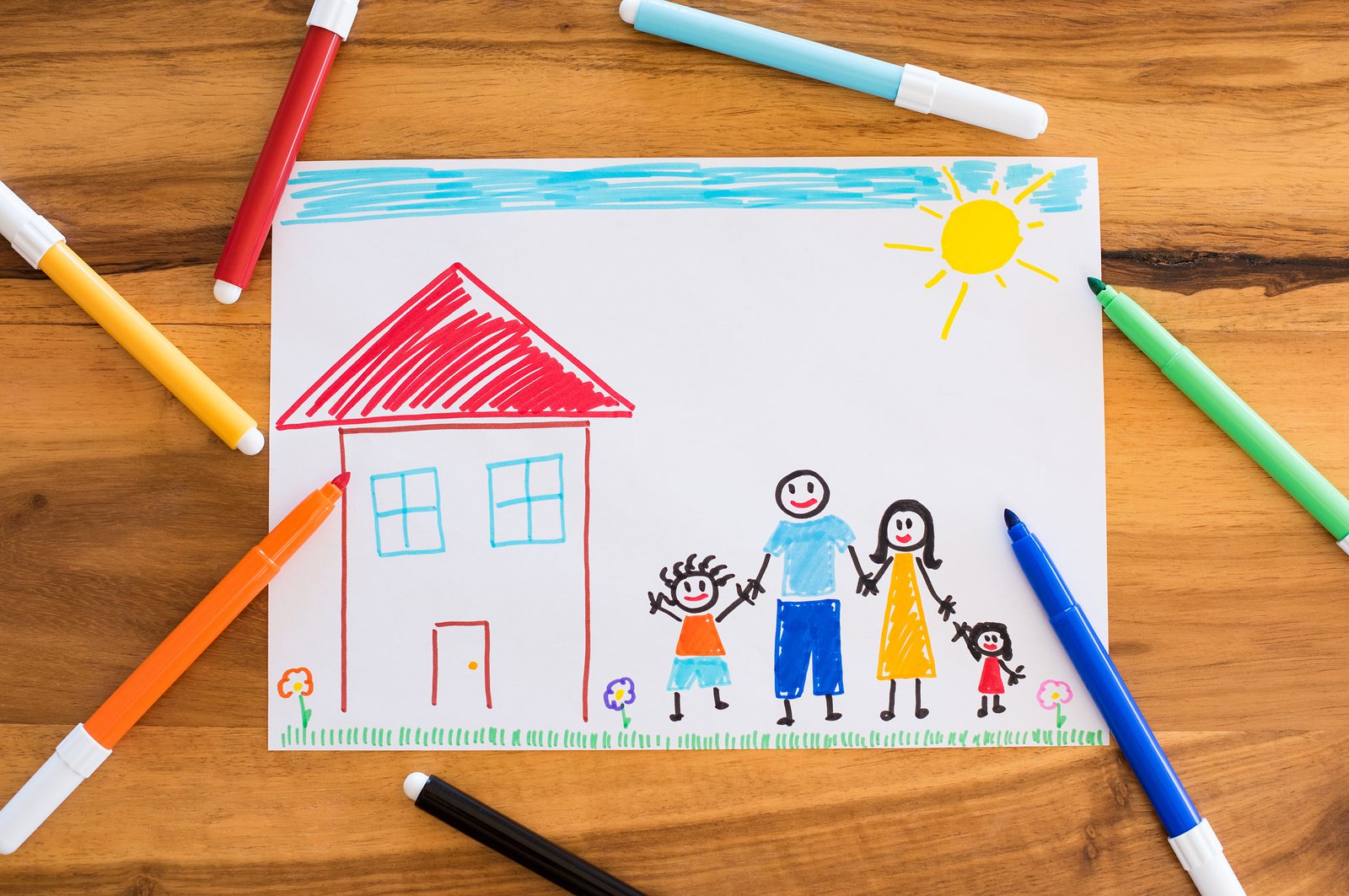 For the United Nations, May 15 marked 25 years of observing the International Day of Families.  This day was created in 1995 to celebrate the importance of families as the “smallest democracy in society” and respond to changes in society that affect the structure and stability of the family around the world.  Just the year prior, in 1994, the UN observed the International Year of the Family to focus among “Governments, policy-makers and the public a greater awareness of the family as the natural and fundamental unit of society.”

In commemoration of this Silver Anniversary, United Families International participated in an event held at UN headquarters in New York entitled “It Takes a Family.”   It was sponsored by the group of Friends of the Family, Civil Society for the Family, and the UN Family Rights Caucus.  The event offered “participants the opportunity to recommit to the objectives of the International Year of the Family and discuss best practices to protect and strengthen the family so that it can fulfill its vital role at the heart of society.”

A Public Service Announcement for the Family

As one of 17 co-sponsors, I delivered the following statement at the event on behalf of UFI:

Many countries have long histories of effective public service campaigns.  England, facing Nazi invasion and hoping to compose its people coined the now familiar motto, “Keep calm and carry on.” Smokey the Bear reminds us “Only you can prevent forest fires!” One public service announcement, or PSA, warns against drug use as you watch your brain, represented by an egg, sizzling in a hot pan of drugs – “This is your brain. This is your brain on drugs.“  PSAs  instruct us about the danger of texting and driving, informing us that “It’s just not worth it.” They prompt us to improve as a parent, with “It’s 10 pm. Do you know where your children are?” Or by gently scolding a father as he loads his golf clubs into the trunk of his car: “Remember last week when you said next week you would spend more time with the kids? It’s next week.”

PSAs raise awareness and change public attitudes and behavior on issues essential to the well-being of citizens and communities. As we observe the 25th Anniversary of the International Day of Families, on behalf of United Families International, I suggest a public service announcement that not only encourages societies to protect and nurture families, but recognizes the role of the family in addressing society’s most pressing challenges by acknowledging that:

The family, that universal community based on the marital union of a man and a woman, is the bedrock of society.  Marriage and family are society’s oldest and most enduring institutions.   Nothing in the world will make human life happier and more successful than strong, resilient families.

This is more than a numerical or philosophical exercise; it’s the lives and hopes of real people.  Never has the family stood in more urgent need of protection than now, as it grapples with crises that erode society and jeopardize civilization.

Today’s event is a crucial public service announcement that points the way forward for our world.  We stand committed to healthy and flourishing societies and join together in our cause to strengthen marriage and family, because we know that solving the challenges our world faces does take a family – now more than ever.

Speakers at this event included several representatives from Permanent Missions to the United Nations, Valerie Huber of the US Department of Health and Human Services, as well as researchers and experts on the family. Christine Vollmer, president of Alliance for the Family received the Maximillian Kolbe Medal for long-term service promoting the Family from the Center for Family and Human Rights.

After it concluded, the press about the event went negative quickly.   The Southern Poverty Law Center condemned the event and claimed that the groups involved were “hate groups”, simply because they each advocate for marriage between men and women as the ideal setting for raising children and because they defend the right to life of the unborn.

Unfortunately, such labeling is nothing new. SPLC likes to lump organizations like UFI, Alliance Defending Freedom, and Liberty Counsel (as well as individuals like Charles Murray and Ben Carson) in with racist and violent groups such as the Ku Klux Klan and Nation of Islam.

UFI’s inclusion in SPLC’s “hate watch” comes as a result of our efforts in the early 1990’s and early 2000s defending the traditional definition of marriage. Some of you may remember that at that time, the United States was in the midst of an intense debate over the definition of marriage. In 1996, the United States Congress passed, and President Bill Clinton signed, the Defense of Marriage Act (DOMA). At the same time, a Hawaii court decision had suggested a right to same-sex “marriage” existed in the Hawaii Constitution. Congress was concerned that legalized same-sex “marriage” in Hawaii would impact not only other states and their sovereignty in recognizing the validity of marriages performed in other states, but also federal laws, the institution of marriage, as well as traditional notions of morality.

The federal Defense of Marriage Act stated that for purposes of federal law, marriage meant a legal union between a man and a woman, and it protected the rights of states to regulate marriage. This led to many states creating their own DOMAs, amending their constitutions and defining marriage. United Families International joined many other pro-family organizations in defending traditional marriage. Using the best peer-reviewed social science, we produced materials that were used to refute claims made by those hoping to redefine marriage. In the end two states defined marriage as between one man and one woman, 37 states had their own DOMAs, and 30 states had constitutional amendments protecting traditional marriage.  That all changed with the Supreme Court’s 2015 Obergefell decision that legalized same-sex marriage in the United States.

The real animus: SPLC and “fairness for all”

Today, SPLC likes to conflate opposing same-sex marriage with hatred toward LGBTQ individuals. Nothing could be further from the truth. Just because individuals or organizations believe in the definition of marriage as between one man and one woman does not mean they have animus for those who either believe differently or have entered into same-sex marriages. In the case of United Families International, earlier in 2015 AND before the Obergefell ruling, we came out in support of Utah’s anti-discrimination bill which guaranteed rights to employment and housing for LGBTQ individuals while simultaneously protecting the rights of religious organizations and religious adherents.

An approach that recognizes and respects the basic rights of LGBTQ individuals, while also allowing conscience protections for religious believers, is what tolerance and “fairness for all” is all about.   We should allow for differences of opinion on serious matters without disparaging opposing voices.  Unfortunately, SPLC claims that those who continue to promote families headed by both a man and a woman are haters “seeking to push” their views on everyone else.

Such blatant statements are not only disingenuous — but dangerous. The rhetoric from SPLC has led to violence.  SPLC’s labeling of the Family Research Council (FRC) as a hate group led to a gay-rights supporter targeting the FRC and attempting to kill its staff. FRC still remains on SPLC’s hate group list.   SPLC has proved that it is more a “partisan progressive hit operation than a civil rights watchdog.” Cornell law professor, William Jacobson, says that the SPLC uses the pursuit of civil rights as a cover for political agitation.   “Time and again, I see the SPLC using the reputation it gained decades ago fighting the Klan as a tool to bludgeon mainstream politically conservative opponents…For groups that do not threaten violence, the use of SPLC ‘hate group’ or ‘extremist’ designations frequently are exploited as an excuse to silence speech and speakers. It taints not only the group or person but others who associate with them.”

Attorney and journalist, David French, wrote recently about how “powerful private actors are increasingly punitive against even mainstream political positions they dislike.” This has resulted in individuals feeling less free. SPLC labels have a chilling effect on free speech and impact organizations where it hurts most – the pocketbook. Companies such as Amazon and PayPal cite the SPLC’s lists when deciding whether organizations will be allowed to benefit from donation programs, and mainstream media such as CNN and the Washington Post further legitimize them by referencing SPLC’s “hate watch” designations. It is no secret that the SPLC just wants to see organizations with whom they disagree ostracized and shuttered.

Real freedom for all

While SPLC attempts to verbally beat their opposition into submission with their false claims, United Families International will continue to respect freedom of thought, civil discourse, and the precept of fairness for all, and unlike the SPLC, we truly mean ALL.

The "Southern Poverty Law Center" has nothing to do with the South, with poverty, or with law--it's entire title is a fake deception. The SPLC is itself the worst of all hate groups.