Some verses for Christmas from the Qur‘an | Meridian Magazine 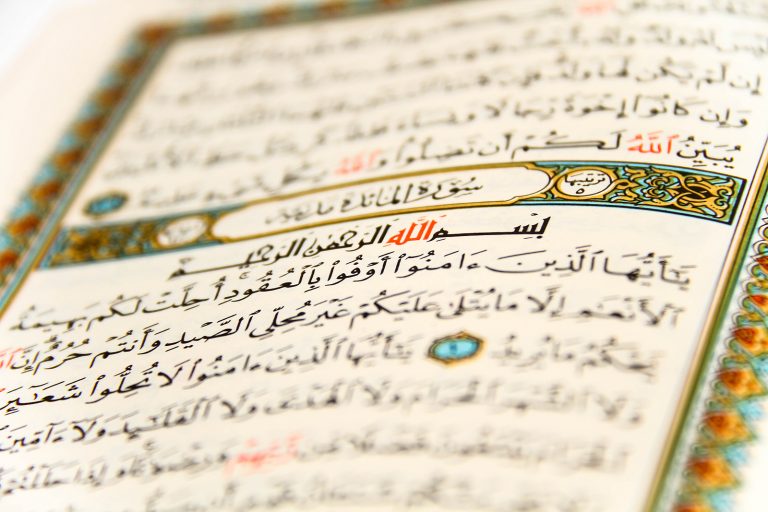 Some verses for Christmas from the Qur‘an

I thought that, at this Christmas season, some of you might possibly find these passages of interest.  According to Muslim belief, the Qur’an was divinely revealed through the Prophet Muhammad between AD 610 and his death in AD 632.

The Qur’an on the Annunciation of Christ

Behold!  The angels said: “O Mary! Truly God has chosen you and purified you, and chosen you above the women of all the worlds.  O Mary!  Worship your Lord devoutly: Prostrate yourself, and bow down [in prayer] with those who bow down.”  This is some of the news of the unseen that We reveal unto you [O Muhammad]: You were not with them when they cast lots with arrows as to which of them should be entrusted with the care of Mary.  Nor were you with them when they disputed [the point].  Behold!  The angels said: “O Mary! God gives you good news of a Word from Him: his name will be Christ Jesus, the son of Mary, honored in this world and the world to come and among those nearest to God.  He shall speak to the people in the cradle and in maturity. And he shall be among the righteous.”  She said: “O my Lord! How shall I have a son when no man has touched me?” He said: “God is like that.  He creates what He wills.  When He decrees a matter, He simply says to it ‘Be,’ and it is!’  And God will teach him the Book and Wisdom, the Torah and the Gospel, and [appoint him] a messenger to the children of Israel. (Surat al-Imran 3:42-48).

And mention in the Book [the story of] Mary, when she withdrew from her family to an eastern place.  She took a veil [to veil herself] from them.  Then We sent her our Spirit, and he represented himself to her as a man in all respects.  She said: “I seek refuge from you with the Merciful; [do not touch me] if you are pious.” He said: “I am a messenger from your Lord, to give to you a pure boy.”  She said: “How shall I have a son, since no man has touched me and I have not been unchaste?”  He said: “So [it will be].  Your Lord says, ‘It is easy for Me.  And We will make him a sign unto humanity and a mercy from Us’: It is a matter decreed.” (Maryam 19:16-21)

The Qur’an on the Birth of Christ

So she conceived him, and she retired with him to a distant place. And the pains of childbirth drove her to the trunk of a palm tree: She said: “Oh!  Would that I had died before this!  Would that I were forgotten, in oblivion!” But [a voice] cried to her from beneath [the palm-tree]: “Do not be sorrowful!  Your Lord has provided a rivulet beneath you.  Shake the trunk of the palm-tree towards yourself: It will drop fresh ripe dates upon you.  So eat and drink and cool your eye. And if you see anybody, say, ‘I have vowed a fast to the Merciful, and I will not speak with any human being today.’” And then she brought him to her people, carrying him.  They said: “O Mary! truly you have brought an amazing thing! O sister of Aaron!  Your father was not an evil man, nor was your mother an unchaste woman!”  So she pointed to him.  They said: “How can we talk to a child in the cradle?”  He said: “Truly I am the servant of God: He has given me the Book and made me a prophet; and He has made me blessed wherever I am, and has enjoined upon me prayer and charity as long as I live; (He) hath made me kind to my mother, and not overbearing or miserable; so peace is on me the day I was born, the day that I die, and the day that I shall be raised up alive!” (Maryam 19:22-33)

And We made the son of Mary and his mother a sign.  We gave them both shelter on high ground, affording rest and security and furnished with springs (Al-Mu’minun 23:50).

All translations are mine.