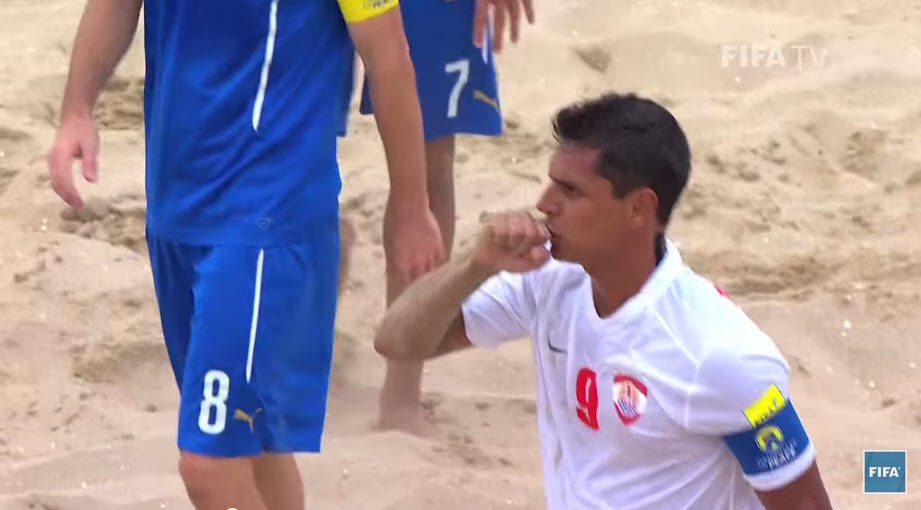 Portugal defeated Tahiti 5-3 in the FIFA Beach Soccer World Cup final to claim their second championship. But things might have been different if the match had not been played on Sunday.

Tahiti played the match without their captain, Naea Bennett, who sat out the game because he is Mormon and does not work on Sundays, according to Tahiti Nui Television.

Bennett was the team’s second-leading scorer, having hit the back of the net five times in just four matches including two goals in Tahiti’s win over Italy in the semifinals and another two goals in their 5-4 win over Iran in the quarterfinals.

According to the Tahiti Nui Television report, fans begged Bennett to reconsider. However, the move did not come as a surprise as the 38-year-old Bennett had previously missed Tahiti’s group stage match against Paraguay, which also fell on a Sunday.

Back home in Tahiti, Bennett’s participation with his club team is less problematic. According to the Church of Latter-Day Saints, Bennett’s teams at times have had numerous players who were Mormon and the teams are never asked to play on Sunday, something that began with Bennett’s father, a local soccer star who converted to Mormonism as an adult.

To read the full story on Business Insider, click here.

There is something very remarkable about this young man, and others others like him, who live their beliefs without expecting the whole world to take notice and change the rules just for him. ( i would kind of assume he didn't send out his own press releases.). Winning a sports event doesn't begin to compare with hearing a "well done" from the One whose opinion matters.