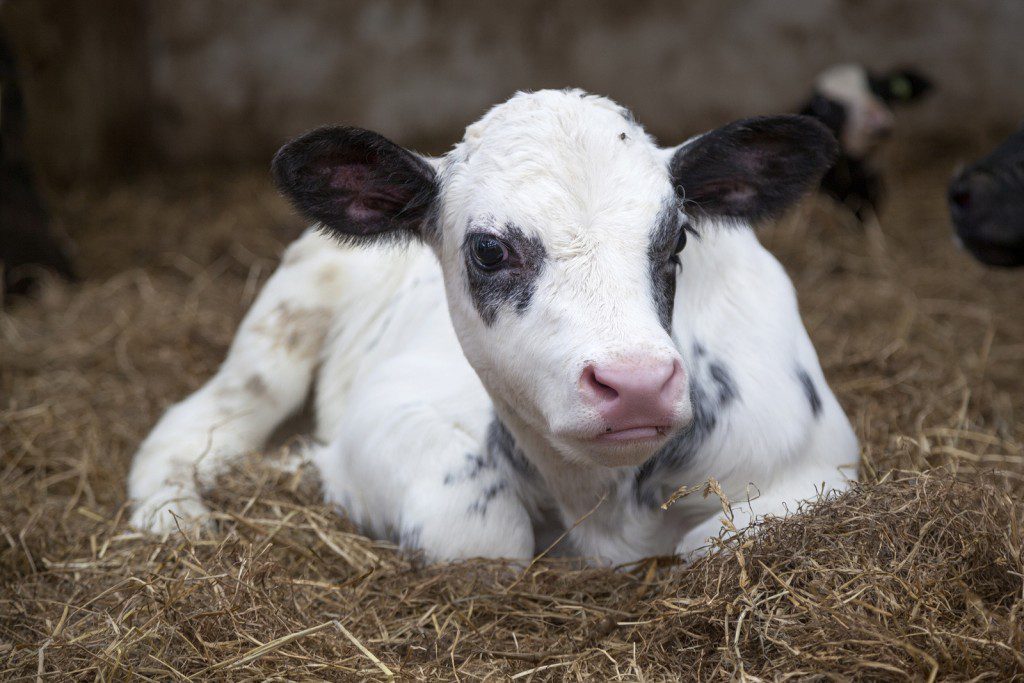 Little Harvey’s family was going to visit some good friends who lived on a ranch. He excitedly put on his new white T-shirt. His large family didn’t have a lot of money and new shirts were hard to come by, so he was proud of it and wanted to enjoy it on this special occasion.

When they arrived at the ranch, Harvey’s family followed their friends out to look at the animals. In one small pasture was a little herd of baby calves.

“These calves are a bit sick,” the father of the ranch family said. “Don’t you kids go chasing them.”

“What kind of sickness do they have?” Harvey’s father asked.

Harvey didn’t know what scours was. He also hadn’t considered chasing the calves until it was mentioned to be taboo. But now, the thought of running after one and catching it sounded like a fun thing to do. As the others wandered on to other things, he walked with them for a short distance, but the thought of chasing the calves soon drew him back to the small pasture. He envisioned himself a small cowboy, and he knew he just had to catch a calf.

Harvey soon found out that the calves could run faster than he had ever imagined. Though they weren’t very old, he found it was hard to keep up with them. After chasing them for some time, he learned which one was the slowest and singled it out for the calf-capture competition.

The calf ran fast, but Harvey could see that he was gaining on it. He was just at the point where he could reach out and grab the calf’s tail, when its back end exploded like a liquid shotgun, drenching Harvey from head to toe in green and yellow slime. That was when Harvey learned that scours was a form of diarrhea.

For just an instant, Harvey stood there in shock, somewhat suffocated from the smell. But after he wiped his face enough so that he could see, he remembered his T-shirt. He looked down and found that it was almost totally green and yellow. He rushed to the water trough and tried to rinse it out, and though it was somewhat better, he knew it would never be white again.

Not knowing what else to do, he tossed his shirt into some weeds and hurried to catch up to the others, hoping no one would notice.

But a shirtless boy is very hard to miss. “Harvey, where’s your shirt?” his mother asked.

Harvey shrugged. “I don’t know. I guess I must have lost it.”

A person doesn’t just lose a shirt, especially not a new one. Everyone spread out to search for it, and as people were getting close to the weeds where it was hidden, Harvey retrieved it and threw it into the calf pen. When the others came near enough to see him, he picked it up.

“I found it, and look what those stupid calves did to my shirt,” he said, trying to pretend that it was all an accident.

But once it was discovered that the back of the shirt was still mostly white, while the front was mostly green and yellow, it didn’t take a master sleuth to know what Harvey had been doing.

That was adorable, absolutely adorable! Thanks for making my day! Is there a book out of the author's stories?