Six Fascinating Easter Traditions from Around the World | Meridian Magazine 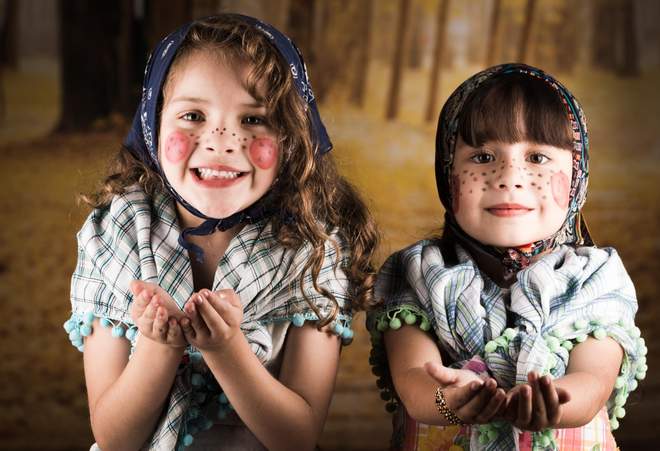 Six Fascinating Easter Traditions from Around the World

In the United States, our Easter celebrations often involve beautiful spring flowers, lots of chocolate in the shapes of various baby animals, and of course, excited children racing each other to fill their colorful baskets and bags with even more colorful eggs. Though Easter’s central importance to the Christian world is the miraculous and glorious resurrection of Christ, the U.S. is not the only country to celebrate the holiday in vibrant and unusual ways. Some of these traditions can trace their roots and history to specific beliefs and events, whereas others—like our Easter bunny—have mysterious origins, but are nonetheless embraced during each springtime celebration.

1. Ringing in Easter in France

Village churches throughout France usually have at least one bell and traditionally, the bells are silent starting on the Thursday before Easter (Maundy or Holy Thursday). This silence is an acknowledgement of the death of Christ, but it is also said that the bells are silent because they have all flown to Rome to be blessed. On Easter Sunday, the bells in France ring again and they’ve brought back with them chocolates and Easter eggs and other treats for the children. So, it is the “les cloches de Pâques” or “The bells of Easter” that bring goodies for the children and not a rabbit.

Additionally, in a small town in southwestern France, Easter Monday features a giant Easter omelette that has, quite literally, broken world records. Legend has it that Napoleon Bonaparte stopped in Bessieres to eat and rest and the Emperor was so pleased with the omelette he was given, he requested that they gather all the eggs in the area to feed his entire army. Centuries later, the story has become an Easter tradition where the Brotherhood of the Giant Omelette gathers to crack more than 15,000 eggs to make a single, enormous meal for the thousands who flock to see it.

2.“The Explosion of the Cart” in Florence, Italy

In Florence, a 350-year-old tradition called “Scoppio del Carro” or “the explosion of the cart” is celebrated. An ornate cart packed with fireworks is pulled by oxen and paraded along by a crowd in colorful, 15th century costumes until they alight at the Duomo; Florence’s central cathedral, where the Archbishop of Florence will light a fuse during the Easter mass that will lead out to the cart and ignite a lively fireworks display.

In both Sweden and Finland, children dress in colorful headscarves and paint their faces, taking to the streets begging for goodies. Unlike Halloween though, the children trade decorated willow twigs, cards, and homemade drawings for their sweets, it doesn’t just come for free. Another aspect of this folk tradition is the burning of bonfires that are meant to ward off the witches that apparently fly on their brooms between Good Friday and Easter Sunday.

In a more recently started tradition, an organization called “Rabbit-Free Australia” campaigned to replace the Easter bunny with the Easter bibly, or rabbit eared bandicoot. Their logic was that rabbits are a pest in Australia, damaging land and crops and almost thirty years later, confectioners in Australia are still making chocolate biblies for Easter, with proceeds going toward conservation efforts to save the endangered animals.

5.“Spring Showers” in Poland and Ukraine

Across Eastern Europe, the Monday after Easter, citizens take to the streets for what has ultimately become a friendly water fight. Called Śmigus-Dyngus, or Wet Monday, this tradition originally featured men trying to cover women in buckets of (sometimes perfumed) water as an act of cleansing, healing and fertility. Though traditional dress is still often worn, now it’s become more of a playful battle that has been adopted by cities worldwide including Buffalo, New York.

Perhaps a relaxing day of kite-flying and snacking on fish cakes and hot cross buns sounds ideal for any Friday on a tropical island, but Good Friday in Bermuda takes those activities to another level. The tradition was apparently adopted when a local teacher from the British Army was having difficulty explaining Christ’s ascension into Heaven to his Sunday school class and made a kite (traditionally shaped like a cross) to help illustrate. Today, the kites come in all shapes and colors with some so large that they require several people to get them in flight.

Though many of the traditions that have grown up around Easter in cultures throughout the world are not specifically centered on Christ, it seems appropriate that it should be a season of joy and celebration and togetherness anyway. Those are the gifts that the resurrection brought to us. Because Jesus broke the bands of death, we can be with our families again and death has no power and rejoicing should be the focus of our day, in whatever form it takes. And so it seems to be.

What are your family’s favorite traditions? Feel free to comment below!