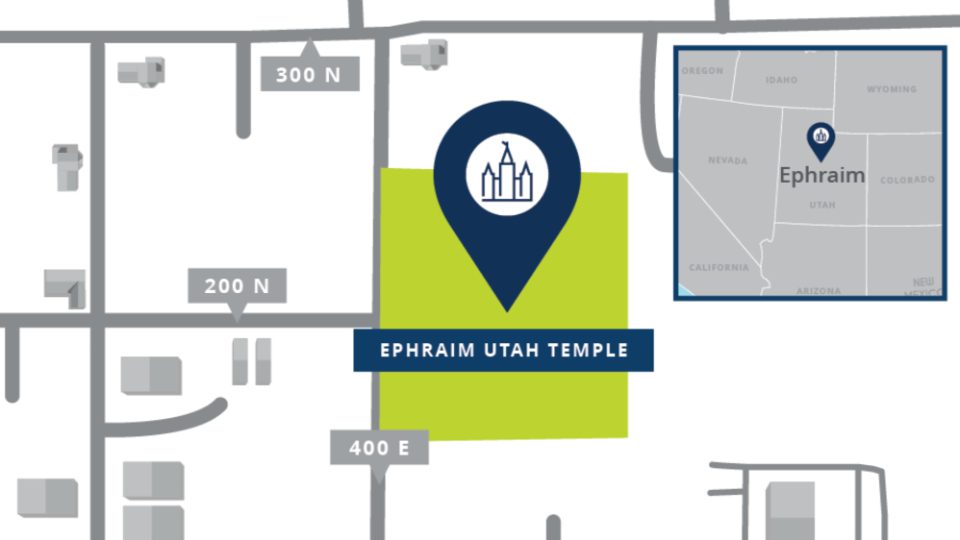 The Church of Jesus Christ of Latter-day Saints has released the location the Ephraim Utah Temple announced in May 2021 by Church President Russell M. Nelson.

The Ephraim Utah Temple will be built on a 9.16-acre site located at the intersection of 200 North and 400 East in Ephraim, Utah. Plans call for a three-story temple of approximately 39,000 square feet.

Detailed design plans for these temples are still being developed. Further information — including interior and exterior renderings — will be made public later. Groundbreaking dates have not been set. Project leaders will soon start working with city officials in these locations on preliminary plans for the temples, and leaders will begin filing public documents in the coming months.

In addition to the Ephraim Temple, Utah has 14 temples in operation, seven under construction, three under renovation and three announced.

I was thrilled when I heard the announcement if a temple in Ephraim. Being from Manti I was also somewhat surprised. But then I said to myself, "The Lord has great things in store for these two historical towns in the bosom of the great state of Utah