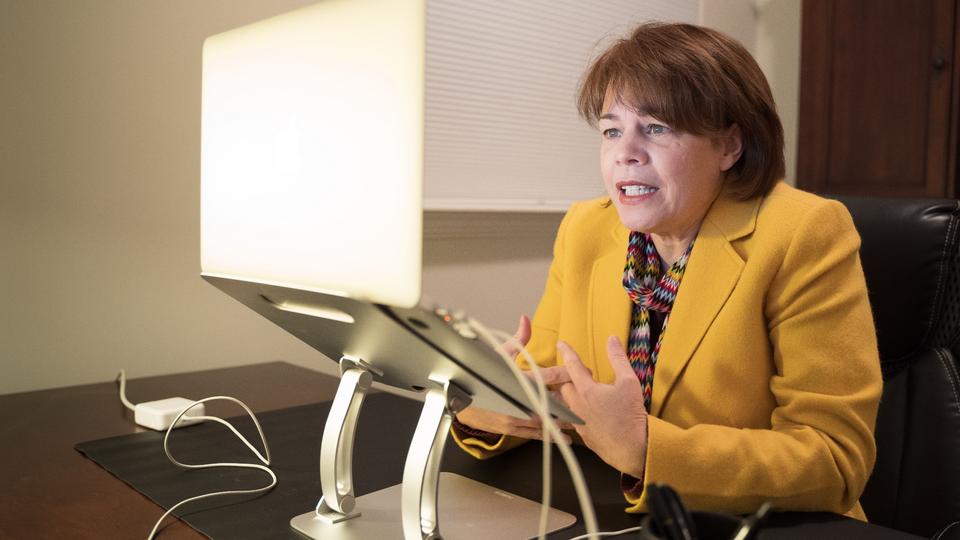 Latter-day Saint Charities (LDSC) mounted the largest response in its 35-year history to COVID-19 and the associated food crisis,” said Sister Sharon Eubank, president of the humanitarian arm of The Church of Jesus Christ of Latter-day Saints during the closing plenary session of the Group of 20 (G20) Interfaith Forum, hosted by the Kingdom of Saudi Arabia.

So far this year, there have been 895 projects in 150 countries. The numbers were released by Church President Russell M. Nelson during the October general conference.

Sister Eubank, who is also the first counselor in the Church’s Relief Society General Presidency, participated in the plenary session from her Utah home because of the pandemic on Saturday, October 17, 2020.

The topic of the virtual event, held on the final day of the forum, was the “commitment of faith networks to disaster risk reduction.”

Sister Eubank reported that the latest figures from the United Nations indicate 265 million people are now facing acute food insecurity because of a severe locust infestation at the end of last year, the rapid onset of the COVID-19 global recession and public safety measures taken to prevent the spread of the virus.

“This is almost double what it was last year,” she stated. “Without being too alarmist, if we do not address this crisis in a coordinated manner, it is projected to grow to be among the worst famines in human history.”