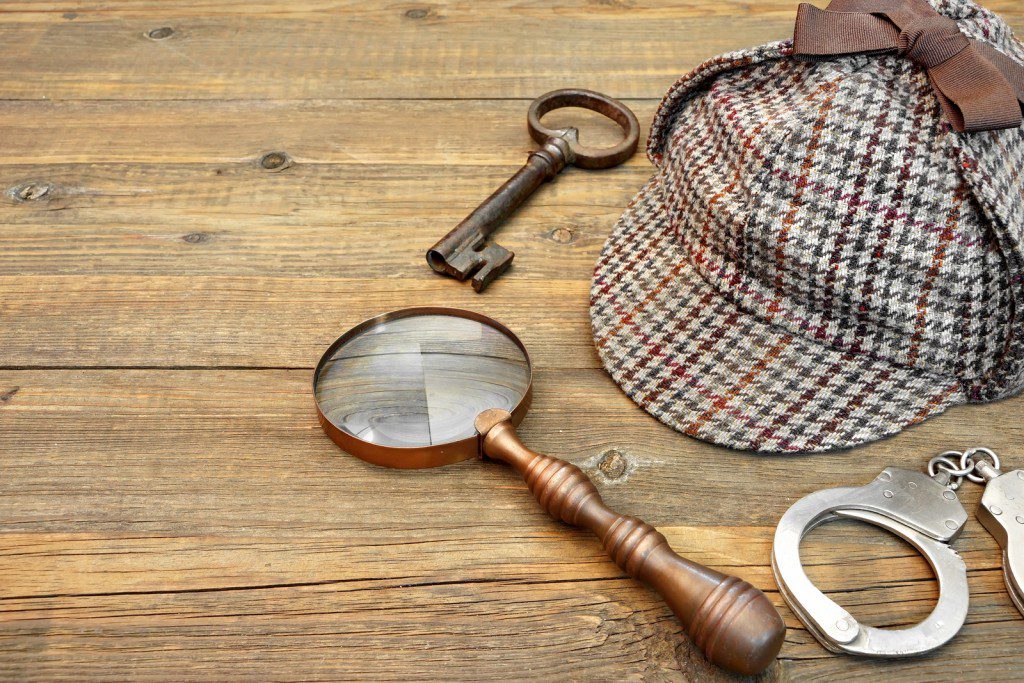 Sherlock Holmes and the Latter-day Saints

Arthur Conan Doyle was a struggling, 26-year-old physician in Portsmouth, England when he invented the character for which he would forever be remembered. Sherlock Holmes with his canny ability to deduce clues from the tiniest scrap of evidence came to life in Doyle’s novel, A Study in Scarlet.

Sherlock Holmes was loosely based on Doyle’s university professor Joe Bell. Doyle wrote Bell, “It is most certainly to you that I owe Sherlock Holmes. Round the centre of deduction and inference which I have heard you inculcate, I have tried to build up a man.”

The rest of that first story Doyle built up from somewhere else–the lurid and inaccurate media about Mormons that was very popular at the time. Thus Holmes’ first foray into detective work was centered on Mormon kidnapping, murder, polygamy and white slavery. He fell into the rumor mill that produced movies like Trapped by the Mormons and other false images of Latter-day Saints in Europe at the time.

Most of these have long since died a welcome death. Who is renting Trapped by the Mormons on Amazon Prime these days? But Sherlock Holmes is something else. Doyle’s character took off in popularity in ways that he could never have foreseen–becoming one of the most recognizable fictional characters, incorporated into countless films and portrayals. Everybody loves the quirky, brilliant detective in a deer stalker who lives at 221B Baker Street.

Doyle’s attitude to Holmes was ambivalent, believing that his famous creation distracted his mind from better things. Trying to dissuade his publishers from their demand for more Holmes stories, he raised his price to huge sums. The publishers were willing to pay to appease the hungry market who loved Holmes. As a result, he became extremely well off.

Finally, Doyle wrote to his mother, ” I think of slaying Holmes…and winding him up for good.” She responded, “You won’t! You can’t! You mustn’t!” But he did. In 1893, hoping to dedicate more time to historical novels, Doyle plunged Holmes and Professor Moriarty to their deaths in the story “The Final Problem.”

The outcry was so huge that in 1903 Doyle had to resurrect Holmes in “The Hound of the Baskervilles”, explaining that though Professor Moriarty had fallen, Holmes had faked his death to throw off his other dangerous enemies.

You don’t want a character like Sherlock Holmes with this flurry of influence to impact the European continent’s view of Mormonism, but with Doyle’s inaccurate research on Mormons, that’s just what happened. The story just seemed to verify what people had suspected and what rankled Mormon missionaries—that the Mormons assassinated apostates and were a dangerous, shadowy group, not to be trusted in any way.

Arthur Conan Doyle was not a favorite among Latter-day Saints and his first Sherlock Holmes novel was just one on a long list of Mormon-hating books that excited the public.
Then in May 1923, Sir Arthur Conan Doyle, now a knighted for his literary achievements came to Salt Lake on a lecture circuit where he was speaking about spiritualism and his long-time efforts to obtain tangible proofs of communications with “those who have departed from this mortal sphere.”
Michael W. Homer, an attorney in Salt Lake City, had a conversation with Dame Jean Conan Doyle, Sir Arthur’s daughter about that visit 70 years before.
She told him, “You know father would be the first to admit that his first Sherlock Holmes novel was full of errors about the Mormons. My brothers, Denis, Adrian and I were all very apprehensive when we got near Utah.  We thought we would be kidnapped or something.
“We were so relieved to find out how friendly the people really turned out to be.” She was ten at the time.
She told Homer that her father had “relied on anti-Mormon works by former Mormons because he believed these accounts to be factual.”
Why, then, if Doyle had revised his view on Mormons were his children so frightened to visit Utah? It was because of the governess—Miss French.
“On our way to Salt Lake City she told us the most horrible satires about the Mormons and that the city was not safe, and that we should not go out of the hotel or we would be kidnapped…When our parents found they were absolutely furious with the governess.  Even if the stories were true, which they weren’t, it was not right to frighten children.”
The governess was promptly fired.
Sir Arthur Conan Doyle was allowed to speak in the Tabernacle under the auspices of the Extension Division of the University of Utah. He was introduced by Levi Edward Young, a University of Utah professor, who later said, “He apologized for that, you know. “He said he had been misled by writings of the time about the Church.”

The day after his speech, Sir Arthur was entertained at the Alta Club in Salt Lake where he expressed his appreciation for the way he and his family had been welcomed in the city.  He said, “We are profoundly grateful for the tolerance and cordiality with which we have been receive. Frankly, I did not expect to be allowed to speak in the Mormon Tabernacle.”

He mentioned that in touring the church museum and seeing the pioneer relics, “One thing that held me was the group photograph of many of the earliest pioneers.  I knew then I had seen them before—at last it came back to me—it was at the time of the Boer War in South Africa. The same types, the rugged, hard-faced men, the brave and earnest women who look as if they had known much suffering and hardship—these are the types of pioneers in Utah and in South Africa, and I suppose everywhere that…go out and develop a state or an empire…”

Even though a Dr. G Hodgson Higgins wrote Doyle that as a non-Mormon his first view of Momonism had been tainted by A Study in Scarlet, his praise of the pioneers was as close as he actually came to an apology.

Still, after his firsthand experience with Latter-day Saints, he never wrote unkindly about them again.

The research for this article is from a 1994 article by Harold Schindler that appeared in the The Salt Lake Tribune.
5 Comments | Post or read comments

I was a Sherlock Holmes fan long before I became a Latter-day Saint. The first time I went to Salt Lake City, I made a special point of reading the plaque on the Brigham Young statue, where the names of the initial party of pioneers who entered the Valley are listed, and wondering why the names Drebber and Stangerson did not appear. After I became a Latter-day Saint, I found many inaccuracies in "A Study in Scarlet."

Actually, _The Hound of the Baskervilles_ was a prequel to "The Final Problem". The short story "The Adventure of the Empty House" explained how Holmes survived his battle with Professor Moriarty,