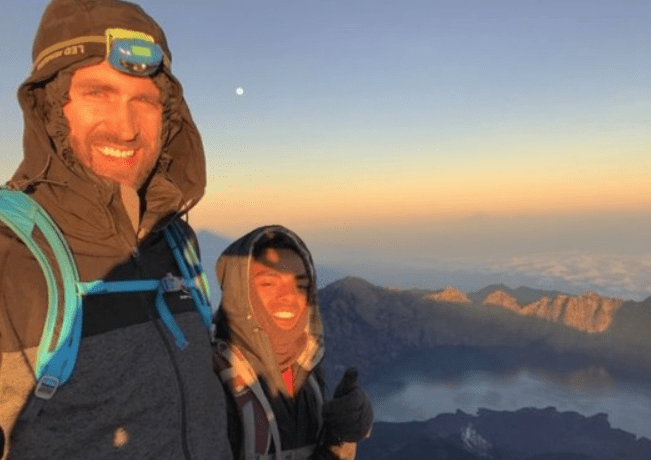 The following is excerpted from KSL. To read the full article, click here.

Rescuers are still digging through the rubble in search of survivors after a 7.0 earthquake killed at least 98 people Sunday. More than 200 others were hurt and at least 20,000 people are now homeless, according to authorities.

That earthquake struck the island of Lombok. Just a week before, the same area was hit by a 6.4-magnitude quake. Craig Chilton, from Utah, was on top of a volcano on the island when it happened.

Chilton grew up in Bountiful and attended BYU. He’s lived in Thailand with his family for the past year. A week ago, he traveled to Indonesia and hiked to the top of Mt. Rinjani. That’s when he thought he was going to die.

“It’s a little over 12,000 feet in elevation gain, and it’s pretty much straight up the whole way,” Chilton told KSL through a Facetime interview Monday. “The hike is definitely a grueling trek.”

Climbing Mt. Rinjani had always been on Chilton’s bucket list. The two-day trek to the rim of the crater isn’t for the faint of heart, but as Chilton’s photos show, hundreds of people attempt it every weekend.

“By the time I got up to the summit, there were already 150 to 200 people that were up at the summit too. With that many people in such a small space it was pretty packed in,” said Chilton.

Chilton made it to the very top of the volcano, but minutes after he snapped a few photos of the sunrise, disaster struck.