Running Out of. . . | Meridian Magazine 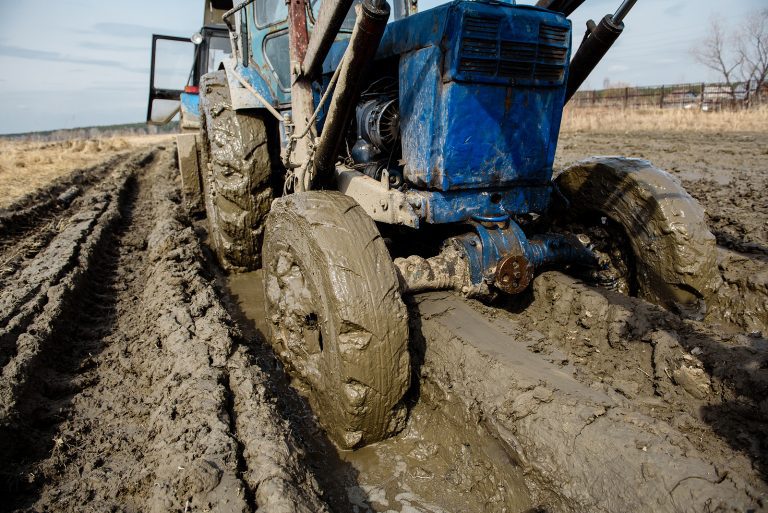 A bunch of us were visiting at a community picnic years ago. As we did, Jason, a young man in our community, seemed quite melancholy. “What’s the matter?” someone asked.

“Dad is a bit miffed at me,” Jason replied.

I knew Jason well, and I figured if his dad was only a bit miffed, then it couldn’t be as bad as some things he had done in the past.

“What’s he miffed about?” I asked.

He then shared the story. He said that his dad had gotten a new tractor, so he invited his friends over to see it.

“Yeah,” Jason told them. “It’s got two hundred and fifty horsepower. This baby will pull about anything.”

“What are the wide wheels for?” another boy asked.

“It’s the latest thing on new tractors,” Jason replied. “Those are to help it not get stuck. They spread out across more ground, so the tractor won’t sink as easily in a muddy field. This tractor just floats on top.”

Jason knew he should probably ask, but he was sure the answer would be no if he did. The other boys all looked so hopeful that he just couldn’t disappoint them.

“I’m sure dad wouldn’t mind if we took it for a little drive,” Jason replied.

The boys all stuffed into the cab. Jason started the engine, shifted it into gear, and eased up on the clutch. They started out slow, but it was so fun driving such a powerful machine that it wasn’t long before he pulled the throttle wide open. They bounced across the field, through small ditches, and out into the pasture.

In the pasture was a muddy bog. When they came near it, one boy said, “Let’s see this baby float across that.”

Jason thought for one brief moment that it wasn’t a good idea. But all the boys were cheering him on. His single sensible thought quickly left him, as it often does with young men influenced by peer pressure. He gunned the tractor forward and headed straight for the bog. He thought with enough momentum, he would surely make it through.

But the farther they went, the more the wheels spun, and the momentum decreased. Finally, right about the middle of the bog, the tractor stalled with mud up to its axle.

Jason knew his dad would ground him for the rest of his life. When he expressed that sentiment, the others agreed and thought they might not fare too well, either.

“Let’s go get your older tractor and pull it out before he can find out,” one boy said.

That sounded like a good idea, so they walked the half mile back to the equipment yard where the old tractor was. They got a chain out of the shop, tossed it on the tractor, and all climbed aboard. When they got to the bog, Jason backed up to the mud. The chain wouldn’t quite reach, so he kept backing up. Finally, they were able to connect it.

It was about then that Jason’s dad showed up. He looked dumbfounded at the line of tractors chained together.

“Chains, nothin’!” his dad said. “It looks like the entire community is out of tractors!”

Good story. It must have looked like a parade!