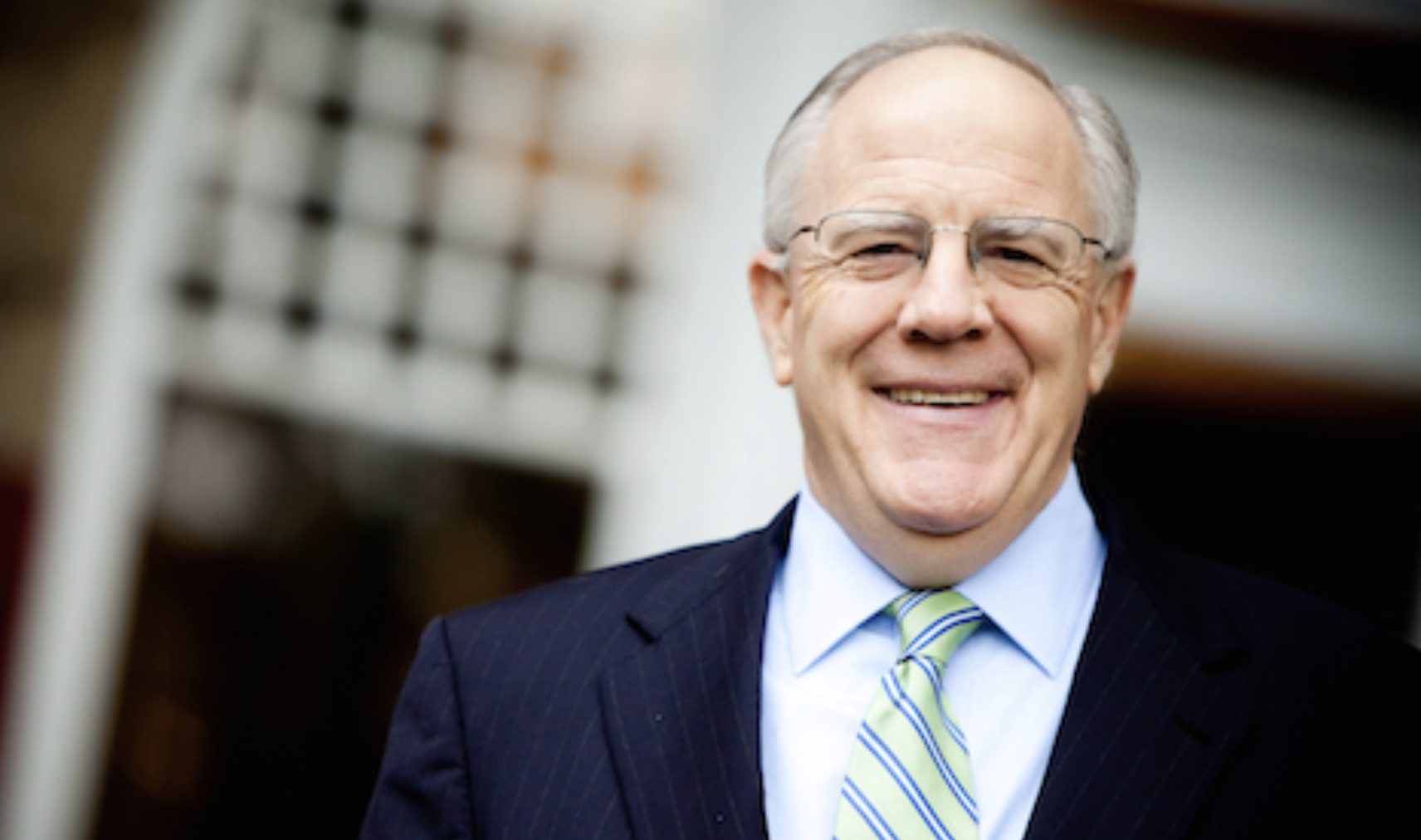 When Rod Smith died this week, we lost not only the noteworthy voice for the U.S. Constitution on Meridian, but a friend whose gifts of believing in people make this a real loss for us personally and for everybody. We felt his love and belief in us as a tangible gift, and we will greatly miss his insightful articles.

Just as the founding of this nation is being hammered and a new cultural revolution is afoot that would cancel America, a calm, learned and level voice was extinguished that is so needed. Rod said, “I cannot imagine a greater work than to engage students and the broader community in a meaningful dialogue about the Constitution and its enduring principles.”

That’s what he spent a lifetime doing. A constitutional scholar, he was the author of six books, including two on James Madison, and thirty academic articles. He taught at numerous law schools and was the dean of the law school at Capital University in Ohio, the University of Montana, and the University of Arkansas.

Scot and I first knew him when he was president of Southern Virginia University and we had sons attending there. He knew them by name, cared about their challenges. The first time we talked, we felt encompassed in his robust, good-natured care. He became a larger-than-life instant friend in whose presence we always felt safe.

We weren’t alone in this sense of acceptance and care. Writing on Rod’s Facebook page, R. Thomas Curl said, “I have seldom been affected as much, emotionally, as by the passing of my friend Professor Rodney Smith.  I loved him and he loved me and every one of the 80 odd students in section four of the class of 2015 at Thomas Jefferson School of Law.

“I, admittedly, didn’t…. do well my first year. In fact I had to petition to stay in school. I found out that Professor Smith went to bat for me in my dismissal. I was allowed to stay. I went and thanked him in person. While I shook his hand, he told me he knew I would be a great lawyer, even as a 1L, and he didn’t want them to let me go. He then said go forth and be a great lawyer son.

“He believed in me when I did not. I cannot thank him enough for this.

“I am now a Public Defender and had a successful private practice before that. No small part of that is thanks to Rod.”

Bryan Gentry described Rod as president at Southern Virginia University. “He sat with students at lunch and talked with us as peers, not numbers. In one lunch meeting, he used the phrase “leader-servant journalist,” which turned gears in my head. I later asked him to tell me more about that concept, and he set a one-on-one appointment to share his perspective, which has shaped much of my outlook on life and work.”

Another said, “When some people pass away, they leave a unique spot that can never be fully filled by anyone else. With his intellect, compassion and enthusiasm, Rod definitely falls into that category.”

After chairing the Sports Law and Business program at Arizona State, Rod became the Director for the Center for Constitutional Studies at Utah Valley University, an important role for one who championed religious freedom and the constitution. Under his leadership and in partnership with the Pembroke College at Oxford University, The Quill Project was founded.  This is a program which makes primary-source material regarding the Constitutional Convention of 1787, the work of Congress in writing the Bill of Rights, state constitutions and much more available integrating original sources and the decisions that formed these documents into a single, accessible web source.

One of the best ways to remember a writer, is, of course, by his writing, so we include a few excerpts here. Here is the solid, fluent thinking of Rod Smith.

Humanity has always faced a choice between the apparent security and the optimism of liberty.  Athens’ ancient lawgiver, Draco, was so harsh that his name has become an adverb to describe obsessive severity.  The democracy that the Athenians eventually established for themselves was, in the end, condemned for abusing its freedoms.  For his part, James Madison, America’s great lawmaker, acknowledged that men are not always angels, but he struck a different balance than Draco. Madison feared tyranny and opted for ordered liberty rather than community secured by harsh laws. If faced with the choice between apparent security and liberty, he (and most of his generation) chose liberty.

“The Constitution Hangs by a Brittle Thread”: Joseph Smith’s Prophecy and Our Responsibility

My greatest regret, as one who has devoted the majority of his professional life to understanding, writing about and teaching constitutional law and history, is that I have watched as my generation has largely sat idly by, as constitutional literacy in America has dropped to the point that it “hangs by a brittle thread.” The Constitution was firmly enshrined as the rule of law by which America and Americans were intended to be governed as a free people, but that rule of law is at the point where it can break easily and irretrievably.

At present, to put it kindly, I think Americans of all stripes, sects and parties often give a measure of lip-service to the Constitution; but, as recent surveys note, they know little of its content and less of why it is so important. I suspect most Americans learned at some juncture in their lives what the three branches of our national government are and which rights are protected by the First Amendment. Memories of lessons once learned, however, were not sufficiently important to be worthy of remembrance, let alone devotion.

The saving of the Constitution should begin with the teaching of the importance of its principles in our homes. Doctrine and Covenants 98:6 declares, “I, the Lord, justify you . . . in befriending that law which is the constitutional law of the land.” According to the Merriam-Webster dictionary, the word “justify” means “to judge, regard, or treat as righteous and worthy of salvation.” We will be judged for our willingness to “befriend . . . the constitutional law of the land.” We will also be blessed for doing so, as is always the case when we obey a commandment…

We fought in the pre-existence for free agency or rights. Those rights, in turn, are secured in our day through the constitutional rule of law. We should “befriend” that law, but we are unable to “befriend” that which we do not know and nourish.

Conscience consists of a duty to God and one’s self—a moral obligation of the highest order…Religious liberty was founded in sacred responsibility, the need to be free to fulfill one’s duty to God and thereby secure enduring happiness. To violate one’s duty to God does irreparable damage to one’s soul, a crime in which no just government or people would ever be complicit.

With his love for the Constitution and particularly the First Amendment, Rod used to say that he had dedicated his life to trying to better understand the meaning of sixteen words.

His family, says, instead, they always knew they were firs; his eight children and grandchildren. Even while he was moving ahead with ambitious projects to understand and protect he Constitution, he struggled for the last 8 years with cancer, and devoted time to caring for his wife for the last two years who has suffered with Alzheimer’s disease.

A grandson was playing with two hero figures—Spiderman and Obi Wan Kenobi and his parents asked what he was doing. He answered, “Playing with Spiderman and Grandpa.” He was always a hero to his family, as well as to so many others.