“The Constitution Hangs by a Brittle Thread”: Joseph Smith’s Prophecy and Our Responsibility | Meridian Magazine 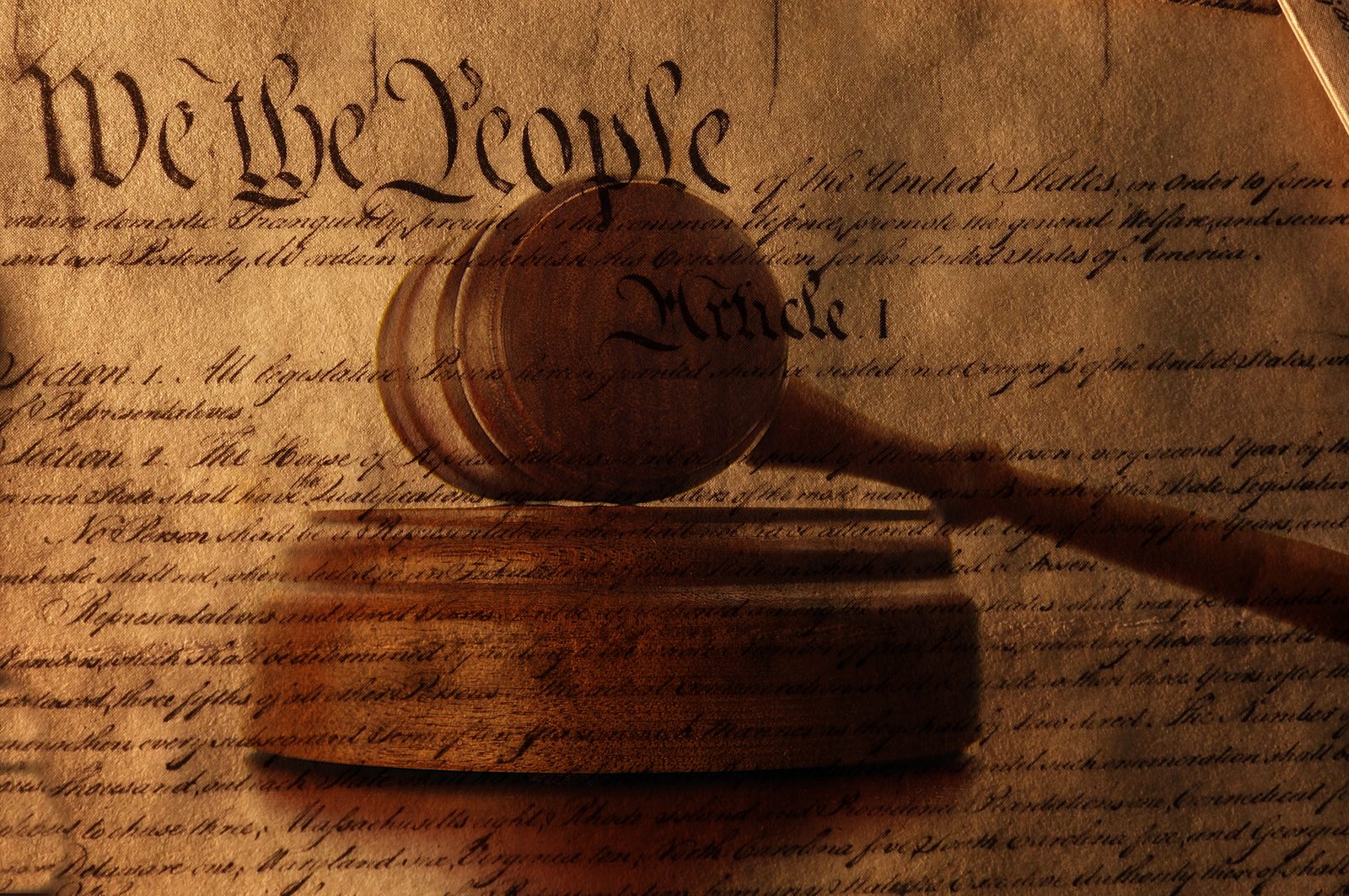 “The Constitution Hangs by a Brittle Thread”: Joseph Smith’s Prophecy and Our Responsibility

D. Michael Stewart of the Department of History at Brigham Young University wrote in 1976 in the Ensign, “documents show that Joseph Smith [prophesied] a number of times that the United States and the Constitution would be imperiled and [would be saved]. The first known record of the prophecy dates to July 19, 1840, in Nauvoo, when the prophet [taught], ‘[W]hen the Constitution is on the brink of ruin this people will be the staff upon which the nation shall lean and they shall bear the Constitution away from the very verge of destruction.’”

Professor Stewart added that there were additional recorded instances during which the Prophet Joseph made similar statements. Indeed, the Prophet Joseph seemed to discuss this topic with regularity. Eliza R. Snow, for example, reflected, “I heard the prophet say, ‘The time will come when the government of these United States will be so nearly overthrown through its corruption, that the Constitution will hang as it were by a single hair, and the Latter-day Saints . . . will step forward to its rescue and save it.” Perhaps my favorite of all such statements was contemporaneously recorded by James Burgess in his personal journal after he heard the Joseph preach, “the time would come when the constitution and government would hang by a brittle thread … but this people …  will step forward and save it.”

As a constitutional scholar, I am particularly fond of the statement made by Brother Burgess, because I think we live in a time when understanding of the Constitution has become “brittle,” “hard but liable to break easily” as defined in the Oxford Dictionary. For me, that describes the perilous predicament prevailing in America today. Understanding of the Constitution is at all-time low and is declining rapidly according to sobering recent studies.

On September 12, 2017, the Annenberg Public Policy Center of the University of Pennsylvania, surveyed adult Americans and discovered that only 26% could name all three branches of our national government. Just four years earlier, in 2013, in a similar survey, 38% percent of Americans could name all three branches of government. The percentages in all categories are dropping precipitously, becoming “brittle.” Tragically, the Anneberg study revealed that one in three adult Americans could not name any branch of government outlined in Articles I-III of the Constitution.

To put these startling statistics in perspective, a 2011 study noted that 64% of adult Americans regularly watch NFL football (73% of men and 55% of women). Americans know far more about sport and entertainment figures and movies than they know about the Constitution and the Bill of Rights that secure the constitutional rule of law, which ensures that we are a free people.

Taught well, our constitutional history can be engaging, even entertaining, but it is sorely neglected.  All this has happened while ownership of cell phones has increased dramatically.  Over 96% of adult Americans own cell phones, with most Americans using their phones for many hours each day to seek and disseminate information, according to a recent PEW study. Americans have more access to information than ever before – but they rarely use that access to learn more about the richness of the founding of America and the documents that secure our freedom to use those very phones. Indeed, an increasing number of groups seem intent on deprecating and in some instances erasing such historical knowledge from the rising generation.

In 1990, I observed the drafters of the new Polish Constitution and representatives of other nations that had been a part of the despotic Soviet Union. We facilitated meetings to provide those drafters with information as they worked arduously to draft new constitutions designed to secure their freedom from rule by any totalitarian government. In one of those sessions, I was tasked with delivering a paper regarded equal liberty in America, based on our two hundred plus years of living in a land in which freedom was secured by the constitutional rule of law.

I offered a paper examining a series of robust theories of equality. The delegates listened to my talk respectfully but seemed to be disinterested in deep theorizing. What captivated those present were a series of papers presented by delegates from Poland and other nations, which were temporarily free from the tyranny of the Soviet Union. Each of those papers declined the allure of heavy theorizing or and talked passionately about the importance of the constitutional rule of law, the bulwark of a written Constitution designed to provide a legal wall against tyranny.

After a series of panels, one of the Polish delegates, my friend Leszek Garlicki and I had occasion to be alone to discuss the proceedings. I asked Lech, who later became a member of the Constitutional Tribunal of the Republic of Poland and a judge on the European Court of Human Rights, why the delegates seemed so intent on learning more about the basic principles of the constitutional rule of law. Lech placed his hand gently on my back and drew me close to him as he humbly yet frankly declared, “Rod, you would not ask such a foolish question if you had lived for more than a generation, as we have, without the constitutional rule of law.” To this day, the memory of Judge Garlicki’s teaching is indelibly written in my heart and mind. Our liberty does not depend on elegant theories or partisan positioning, often designed to justify one’s own bias; rather, liberty is secured by an understanding of and concomitant commitment to the basics of the constitutional rule of law and history by a grateful citizenry.

James Madison, the Father of the Constitution, wisely warned rising generations, “Knowledge will forever govern ignorance; and a people who mean to be their own governors must arm themselves with the power which knowledge gives.” My greatest regret, as one who has devoted the majority of his professional life to understanding, writing about and teaching constitutional law and history, is that I have watched as my generation has largely sat idly by, as constitutional literacy in America has dropped to the point that it “hangs by a brittle thread.” The Constitution was firmly enshrined as the rule of law by which America and Americans were intended to be governed as a free people, but that rule of law is at the point where it can break easily and irretrievably.

My friends and associates will tell you I am an optimist but not an alarmist. In that spirit, I have written this first part of a two part series regarding the Constitution hanging by a brittle thread or hair, not to alarm but hopefully to awaken the very people to whom this prophecy was addressed to the precarious state of the constitutional rule of law in America and to do so in a non-partisan way.

At present, to put it kindly, I think Americans of all stripes, sects and parties often give a measure of lip-service to the Constitution; but, as recent surveys note, they know little of its content and less of why it is so important. I suspect most Americans learned at some juncture in their lives what the three branches of our national government are and which rights are protected by the First Amendment. Memories of lessons once learned, however, were not sufficiently important to be worthy of remembrance, let alone devotion.

I am an optimist. Part two of this article, which will appear next month in Meridian, will examine how we as a people can better heed the clarion call of the Prophet Joseph and contemporary leaders of the Church of Jesus Christ of Latter-day Saints in joining a concerted effort to increase non-partisan and principle-based constitutional literacy and devotion to the constitutional rule of law in the hearts of our children and our children’s children.

That effort, as the founding generation knew, will be guided by Divine Providence. The cause is as noble as it is necessary. It is also achievable, if we cease to tarry, as parents, teachers and life-long learners, in a world where distraction often displaces that which is most important.

Rodney K. Smith is a scholar in residence and director of the Center for Constitutional Studies at Utah Valley University. His book, JAMES MADISON: The Father of Religious Liberty, was published in 2019, and his latest book, DOLLEY AND JAMES MADISON: An Unlikely Love Story that Saved America will be published before Valentine’s Day in 2020.

I would appreciate footnotes to substantiate your quotes regarding the prophecy. I have spent many hours for a contemporary source which also specifies date and location. I've heard some incredible claims from third hand sources which are totally unsubstantiated and have been issued by well-meaning members who have their own political agendas.

President Trump is doing more to protect and preserve our Constitution and our rights and freedoms than any other President in decades.