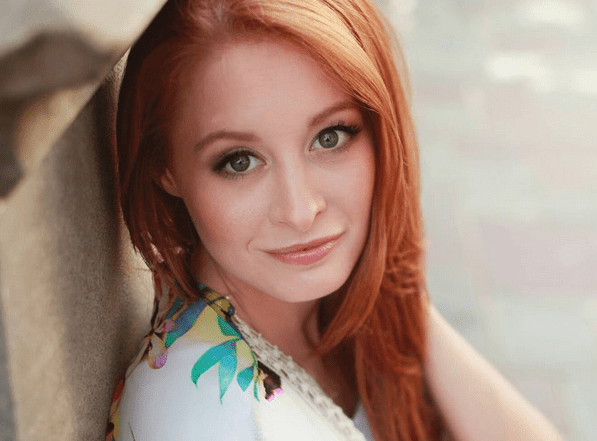 Sticking to her personal modesty standards is not something new for Bekah Pence. Earlier this year, the 29-year-old returned missionary for The Church of Jesus Christ of Latter-day Saints searched tirelessly for appropriate formal wear as she competed for and eventually won the title of Ms. Virginia United States.

While preparing for her next pageant, the Ms. United States competition, Pence learned of three mandatory outfits that she did not feel comfortable wearing. Determined to compete only if the outfits could be altered, Pence once again found a way to uphold her standards. Throughout the pageant, she learned that her determination impacted many and even gave another contestant the courage to compete.

“I think something that was reiterated or came through more strongly this time around is just not being afraid to keep your standards because you never know how it will affect someone,” Pence said. “Sometimes (LDS Church) members just don’t realize that personally deciding to keep the commandments, it literally directly impacts others.”

Pence learned of the mandatory outfits just weeks before the national competition for women ages 26 to 39 in Washington, D.C., on July 3.

“The opening-number dress was actually a very little, itty-bitty black dress, and even the other girls mentioned that they felt uncomfortable in it,” Pence said. “It was see-through on the side, so there was nothing really to the dress.”

Pence also learned of a mandatory bathing suit and a designer fashion show that would require her to wear one of the dresses offered.

“When I found out what they looked like, I was like, ‘I’m so sorry, but I can’t walk out on stage in that,’ ” Pence said.

Hoping exceptions could be made, Pence turned to her director, who approached the national directors of the Ms. United States pageant.

“They asked why I couldn’t wear the pieces that they had selected, and I just told them about my personal beliefs in dressing more conservatively,” Pence said.

When the national directors said alterations weren’t allowed, Pence turned to prayer and scripture study, eventually feeling that if she continued to put her beliefs first, everything would fall into place.

“I was afraid that they were going to possibly turn me away or disqualify me,” Pence said. “But my director made it very clear that she and her director partner were going to help me in any way they could.”

I applaud both these ladies and the people who supported them. Brightened my day to read of their courage and determination in the situation.