Resolving the Conflict Between Science and Religion | Meridian Magazine 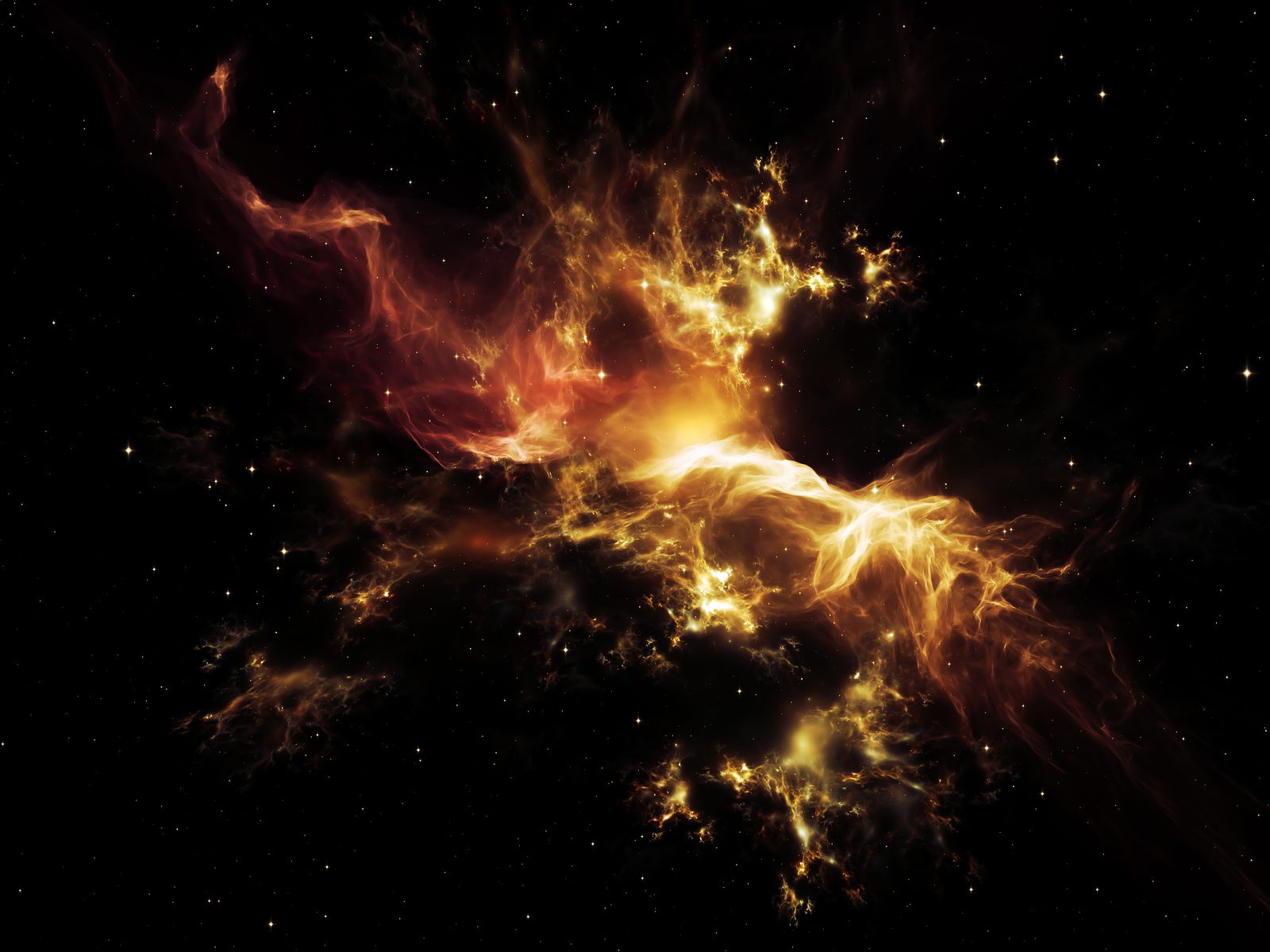 Resolving the Conflict Between Science and Religion

The following is part of a fictional dialogue between Shane and Doug, two former missionary companions many years after their missions. Shane writes to his friend Doug who has posted comments about his on-going faith crisis on Facebook. The characters are fictionalized composites of members who have faced these same dilemmas but the issues are based on very real problems which have caused some to stumble. Likewise, the responding arguments are based on the author’s own personal engagement with these same concerns as well as his discussion of these issues with other members who have struggled. (By Michael R. Ash, author of Shaken Faith Syndrome: Strengthening One’s Testimony in the Face of Criticism and Doubt, and Of Faith and Reason: 80 Evidences Supporting the Prophet Joseph Smith, and Director of Media Products for FairMormon.) This is letter 8 in the series. The others can be found here.

I’m glad you found value in my last letter discussing DNA and the Book of Mormon. I’m not sure, however, if you’ve accurately understood my position on the science vs. religion debate. So in this letter I hope to clarify my perspective.

Secular atheists claim that there is only the natural; what we call “supernatural” is simply the point where we have yet to fully explain the natural mechanics of the event or cause. Eventually, they argue, all of the “gaps” in such mysteries disappear and are replaced with natural explanations.

I actually sort of agree, but would phrase it a bit differently. God said, “all things unto me are spiritual” (D&C 29:34). Obviously, this doesn’t mean that your chair is simply spirit; what I believe it means is that everything—and that means everything—is part of a divine essence. So from God’s advanced perspective, all things are naturally spiritual. Natural and spiritual are simply different perspectives and descriptions of the same thing. As Brigham Young explained, “…God is a scientific character… He lives by science or strict law….”[ii]

Truth is truth. Joseph Smith once said: “One of the grand fundamental principles of Mormonism is to receive truth, let it come from whence it may.”[iii]

There is not spiritual truth or natural truth, there is only truth. The “gaps” that we fill with natural explanations are all part of God’s one truth. The problem, of course, is man’s arrogance in thinking that we have such great scientific vision that those things which believers call “spiritual” cannot be part of the same natural law.

While science is constantly advancing in our understanding of the world and cosmos, comparing what we know to what we don’t know is like claiming that a grain of sand understands the planet Earth because all it can see is beach. Science grapples with understanding the intricacies of the mind, the body, gravity, dark matter, multiverses, and countless aspects of what makes the universe tick. Knowledge is limited but progress is constantly being made.

Both science and revelation are able to lead us to truth. Both are liable to make errors because they utilize imperfect tools in the hands of imperfect humans. But both, combined, eventually will self-correct and teach us more about God’s natural/supernatural world.

We Latter-day Saints tend to focus on the feelings of the “heart” when determining God’s truth. We cannot test, with any currently known secular tools, if God exists, if Jesus is the Christ, or if Joseph Smith saw the Father and Son in a vision.

It’s all well and good to recognize the power of the heart in receiving testimony on life’s most important questions, but the appreciation for the “heart” should not come with an exclusion for the appreciation of the “brain.” God gave us both, and all of our thoughts (and the way our bodies react to spiritual manifestations) must be filtered through our brains.

In the ancient world people did not understand the purpose of the brain. They believed that emotions, feelings, spiritual impressions, and thoughts all came from the heart. We find numerous passages in the scriptures which reflect this ancient perspective. Following are just a few examples.

“Repent therefore of this thy wickedness, and pray God, if perhaps the thought of thine heart may be forgiven thee,” (Acts 8:22, emphasis added).

“And he said unto them: Behold, I, Samuel, a Lamanite, do speak the words of the Lord which he doth put into my heart; and behold he hath put it into my heart to say unto this people that the sword of justice hangeth over this people,” (Helaman 13:5).

The oft-quoted verse from Moroni expresses this ancient mindset: “Behold, I would exhort you that when ye shall read these things, if it be wisdom in God that ye should read them, that ye would …ponder it in your hearts” (Moroni 10:3).

We ponder in our minds, not in our hearts. We may feel the testimony (in part) in our hearts, but the thought process goes on in the brain.

When Oliver Cowdery tried the translate the Book of Mormon the Lord told him that the mind was part of the process: “But, behold, I say unto you, that you must study it out in your mind; then you must ask me if it be right, and if it is right I will cause that your bosom shall burn within you; therefore, you shall feel that it is right” (D&C 9:8). As President Uchtdorf explained:

When we talk about testimony, we refer to feelings of our heart and mind rather than an accumulation of logical, sterile facts. It is a gift of the Spirit, a witness from the Holy Ghost that certain concepts are true.[iv]

In our search for truth we should embrace science and scholarship. Logic and historical precedence give us good reason why we shouldn’t demand the acceptance of all current points of scientific knowledge as final—we know that science can, has, and will make mistakes. Recognizing that mistakes have been made (and will undoubtedly be made again) is no excuse, however, to simply reject science when it conflicts with our interpretations of religious issues. Science is self-correcting and eventually truths are discovered.

Anti-science and anti-scholarship positions are not the paths to discovering truth and therefore are not, I believe, the way the Lord would want us to approach our quest for learning. The Lord suggested that we are to be “instructed more perfectly in theory, in principle, in doctrine”

Anti-science and anti-scholarship positions can damage us both physically as well as spiritually. It is an unfortunate fact, for example, that at least a few Latter-day Saints have joined with the anti-vaccination movement despite overwhelming scientific support for the benefit of vaccinations as well as an absence of scientific evidence supporting the myth that vaccinations cause autism. Those members who reject the science on the issue, also reject Church counsel which recommends that children should be vaccinated.[v]

Spiritual stumbling blocks can also be constructed of anti-intellectual bricks. The DNA topic we discussed earlier is a good example. For those members who reject science, which tells us that the Americas were populated 15,000 years ago (and that the Lehites would have been a small incursion into this larger population), the DNA argument can damage faith. For those who accept the anthropological and archaeological evidences, as well as modern DNA science, the basic premise of the Book of Mormon remains unscathed.

In closing this far-too-lengthy letter, I think it’s significant to recognize that all truth works line upon line and—if followed properly—becomes self-correcting. This means that both science and religious truths will run into dead-ends, or will make wrong turns. Prophets do not get a special handbook from God that contains the answers to all questions. Their revelation (like ours) comes typically by way of answers to prayers and then may come only piecemeal or through a glass darkly (1 Corin. 13:12).

We must be willing to shift or modify our religious paradigms to absorb the truths of science. Our basic spiritual foundation is immutable and can only be known through the spirit. God lives, Jesus is the Christ and atoned for our sins, and the Gospel has been restored and is led by modern-day prophets who hold keys to sacred covenants.

Most of the rest of the stuff—yes, even the religious stuff—is ancillary and can be better understood through the application of a combination of both spiritual and secular learning. Science (to use a general description designating the mass of intellectual insights) has taught me at least two very important points regarding my approach to religious beliefs:

1) There are secular evidences which support belief. The more we learn, the more convinced I am that Joseph Smith was a prophet of God and that the Book of Mormon is a translation of an authentic ancient text.

2) I, like every other human, have often assumed too much. As secular studies give us a clearer picture about the world and history of mankind, I have frequently needed to adjust my worldviews about ancient scripture and how God works with and through His children and through the physical laws which govern our planet.

While some members have resisted modifying their paradigms, or have painfully jettisoned false assumptions (and, at times, their testimonies), I find such modifications not only to be rewarding, but exciting. The more I know, the more I realize how much I don’t know. Each new bit of knowledge, however, as well as each new modification or liberation from a faulty assumption, increases my appreciation for God’s creations and how He accomplishes His purposes through the weakness of humanity.

If you like, we can discuss some of these examples in subsequent letters.

While at a summer session at William and Mary, we used a biology text by Paul B Weiss. It has been a long time and I may have spelled his last name incorrectly. When evolution came up, Dr Weiss suggested that science asks how life came about. Religion looked at who created it. As to the time differences, he asked those of us who believed in God how powerful was He. Then asked do you deny His ability to make something in a day look like it took eons for a scientist. There was never a problem for to teach evolution when I introduced i the way Dr Weiss did, Never a parent running to the administrators as they had when the topic was taught in Jr High. Sorry, I predate middle school.

Unfortunately, until the second coming of Christ and eventually all truth will be revealed, there will always be a clash of opinions between science and religion. It is prophesied (Philip 2:10-11) that “every knee shall bow and every tongue confess that Jesus Christ is Lord” and that will be a bitter pill for atheists and non-Christian religions to take. In fact, and I am sure that we all know that there exist huge differences of opinion between most religions and also among most scientists. There are still some who believe that the earth is flat regardless of the evidence. And to compound the problem, there are huge controversies regarding the benefits of various medical and health practices, political and economic philosophies, causes of global warming, Darwinism vs creationism, "big bang theory", abortion, etc. The bottom line is that we all need to take responsibility to discover the most important truths that have eternal significance and then live moral and productive lives and hopefully be able to influence our families and others to do so as well. Remember from John 8:31-32 that: "... the truth shall make you free." Striving to know the truth in my opinion is an exciting and mostly a spiritual process and partially a logical or scientific process.