Republicans more likely than Democrats to believe in heaven, say only their faith leads there | Meridian Magazine 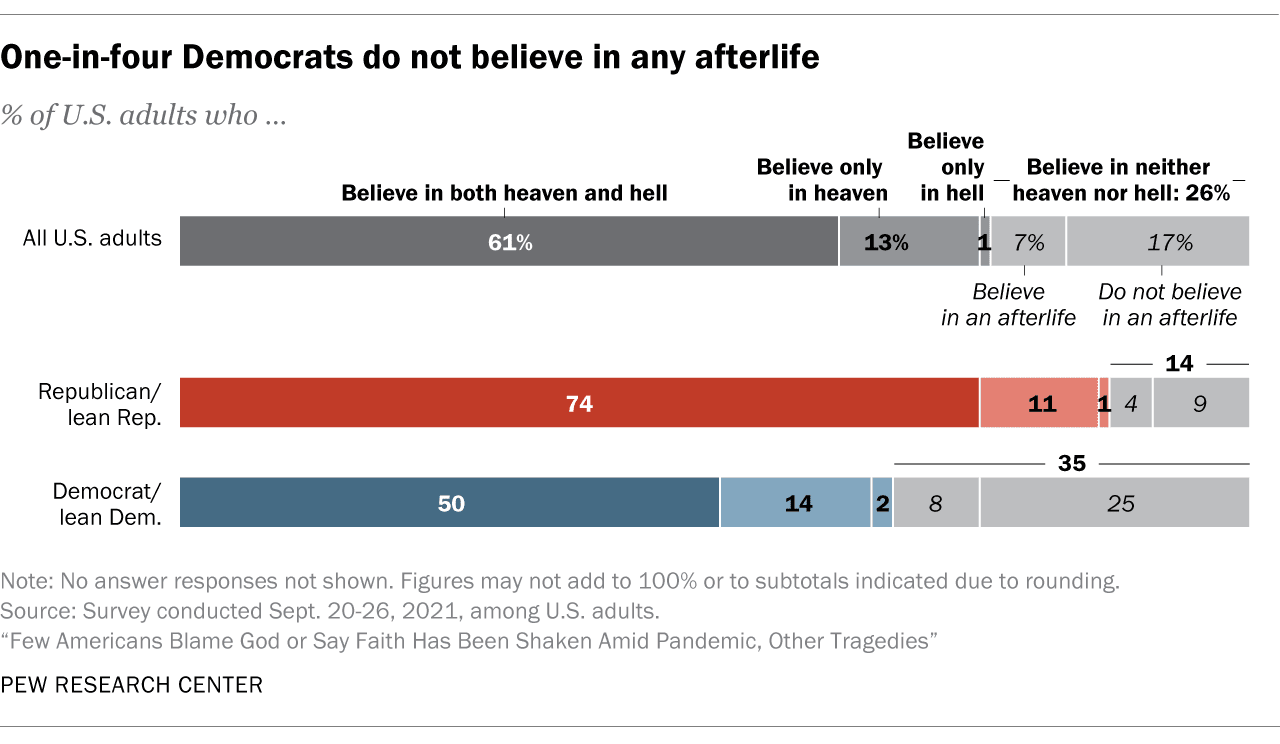 The following comes from the Pew Research Center. To read the full report, CLICK HERE.

Republicans and Democrats disagree about a lot of worldly things. One thing that unites majorities across parties, however, is the belief that this earthly life is not all there is. A large majority of Republicans along with a smaller but still substantial majority of Democrats believe in heaven, hell or some other form of life after death, according to a new Pew Research Center survey conducted Sept. 20-26, 2021.

Still, as on so many terrestrial matters, there are big differences between Republicans and Democrats in the specific beliefs they hold about life after death and who can obtain it.

In fact, when given the option to express belief in some sort of afterlife aside from either heaven or hell, a quarter of all Democrats say that they do not believe in any afterlife at all, which is much higher than the share of Republicans who express the same view (9%).

The religious composition of the two parties helps to explain these findings. A large majority of Republicans identify as Christians, substantially higher than the share of Democrats who are Christians. Conversely, Democrats are much more likely than Republicans to be religiously unaffiliated – describing themselves as atheists, agnostics or “nothing in particular” when asked about their religion. Large majorities of Christians in both parties believe in heaven, hell or both, including 95% of Republican and GOP-leaning Christians and 90% of Democratic Christians. And in addition to being more numerous in the Democratic Party, religious “nones” who are Democrats are far more inclined than religiously unaffiliated Republicans to say they believe in neither heaven nor hell (68% vs. 47%).