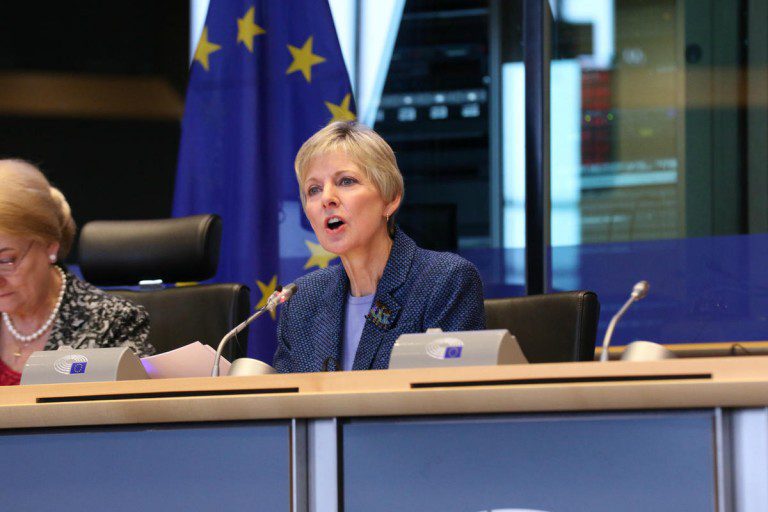 The following was written by R. Scott Lloyd for the Deseret News. To read the full article, click here.

Religious freedom is a critical right for empowering women, Sister Jean B. Bingham, Relief Society general president, declared in a keynote address to a conference of scholars and dignitaries at the European Parliament in Brussels on Thursday, Nov. 9.

The “Women in Faith: A Freedom of Religion or Belief Perspective” conference was hosted by Anna Záborská, a member of the European Parliament, in partnership with the Church’s European Union Office, according to a news release posted on the Church’s United Kingdom “Newsroom” website.

Hoping to offer understanding on why religious freedom is so critical, Sister Bingham focused on three points: the importance of religious devotion to women, the “intimate connection between freedom of religion or belief with women’s other rights,” and “how laws that mandate women’s belief or behavior can be harmful, even if well-intentioned.”

On the first point, Sister Bingham affirmed that the freedom to search for life’s meaning and to believe that a higher power has provided that meaning belongs to women as much as to men.

“Religious freedom is among the most important freedoms a woman can have in societies where cultural traditions might seek to impose upon her a lesser conception of her life’s meaning,” Sister Bingham observed.