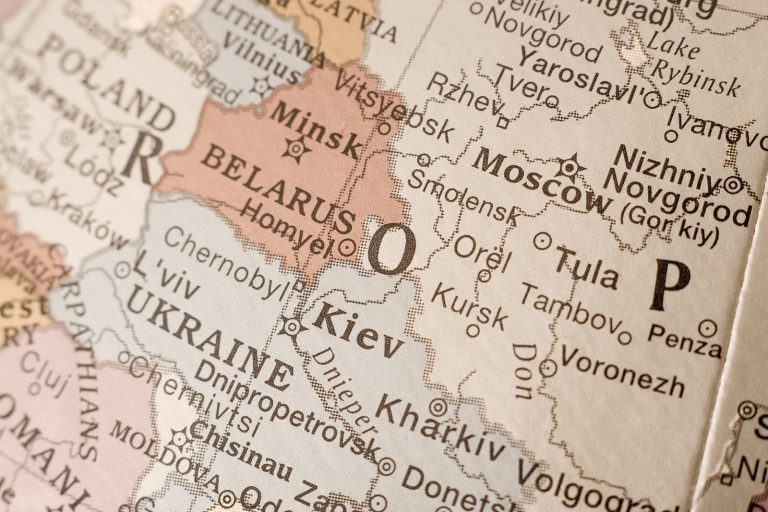 Religious Belief and National Belonging in Central and Eastern Europe

WASHINGTON, D.C./MOSCOW – Roughly a quarter of a century after the fall of the Iron Curtain and subsequent collapse of the Soviet Union, a major new Pew Research Center survey finds that religion has reasserted itself as an important part of individual and national identity in many of the Central and Eastern European countries where communist regimes once repressed religious worship and promoted atheism.

Key findings in the survey include:

Orthodox Christians make up majority in the region, Catholics second-largest religious group: Overall, an estimated 57% of people living in the region surveyed identify as Orthodox.  This includes large majorities in 10 countries, including Russia, Ukraine, Greece, Romania, Belarus, Bulgaria, Serbia, Georgia, Armenia, and Moldova. Orthodox Christians also form significant minorities in Bosnia (35%), Latvia (31%) and Estonia (25%). Catholics make up about 18% of the region’s population, including majorities of adults in Poland, Croatia, Lithuania and Hungary.

Sharp rise in shares of Orthodox in the region’s largest countries; declines among Catholics:  The percentage of Russians who identify as Orthodox Christians has risen substantially since the USSR fell, rising from 37% in 1991 to 71% in the new survey. This trend is not limited to Russia – similar patterns are seen in Ukraine and Bulgaria. At the same time, historically Catholic countries in Central and Eastern Europe have experienced a trend in the opposite direction:  The share of the population that is Catholic in Poland, Hungary and the Czech Republic has declined at least modestly since 1991.

Orthodox less religiously observant than Catholics: Even though relatively few people in many countries across Central and Eastern Europe say they attend church weekly, a median of 86% across the 18 countries surveyed say they believe in God. This includes more than nine-in-ten in Georgia (99%), Armenia (95%), Moldova (95%), Romania (95%) and Bosnia (94%). The Czech Republic and Estonia are the two biggest exceptions to this pattern; in both places, fewer than half (29% and 44%, respectively) say they believe in God.

National pride more widespread in Orthodox countries: Respondents in Orthodox-majority countries are more likely than people elsewhere to say they are very proud of their nationality. In most Orthodox countries surveyed, about half or more of respondents say they are very proud to be a citizen of their country. Elsewhere in the region, only in Croatia (59%) do most people express the same level of national pride.

In 10 of the 18 Central and Eastern European countries surveyed, over half of respondents agree that “our people are not perfect, but our culture is superior to others.” Seven of those 10 countries have Orthodox majorities, with levels of agreement strongest in Greece (89%), Georgia (85%) and Armenia (84%). Among Catholic-majority countries and religiously mixed countries, only in Bosnia (68%) do as many as six-in-ten adults say their culture is superior to others.

Roughly a third or more in Orthodox countries say their governments should support the spread of religious values and beliefs in their countries, including a majority in Armenia (59%) and roughly half in Georgia (52%). Support for government efforts to spread religious values is considerably lower in most Catholic countries – in Poland, Croatia and Hungary, majorities instead take the position that religion should be kept separate from government policies.

In most Orthodox-majority countries, Russia is seen as a buffer against the West: People in Orthodox-majority countries tend to see Russia as an important buffer against the West, with most in these nations (with the notable exception of Ukraine) saying that “a strong Russia is necessary to balance the influence of the West.” Even in Greece, a country that is part of the European Union, 70% agree a strong Russia is needed to balance the West. This sentiment is shared by considerably fewer people in Catholic and religiously mixed countries in the region.

At the same time, majorities in most countries surveyed – Orthodox and non-Orthodox – also say it is in their country’s interest to work closely with the U.S. and other Western powers.

Widespread support for Russia protecting Orthodox Christians: In all but one Orthodox-majority country surveyed, most adults agree with the notion that Russia has an obligation to protect Orthodox Christians outside its borders. The lone exception is Ukraine, which lost effective control over Crimea to Russia in 2014 and is still engaged in a conflict with pro-Russian separatists in the eastern part of the country. Yet, even outside the territories in conflict, more than a third of Ukrainian adults (38%) say Russia has an obligation to protect Orthodox Christians in other countries.

Many in Orthodox countries associate women with traditional roles: People in Orthodox-majority countries are more likely than those elsewhere in the region to hold traditional views of gender roles – such as women having a social responsibility to bear children and wives being obligated to obey their husbands. Along these same lines, roughly four-in-ten or more adults in most Orthodox-majority countries say that when unemployment is high, men should have more rights to a job. In the eight non-Orthodox countries surveyed, the share that holds this view ranges from 19% in Estonia to 39% in Bosnia.

Many in former Soviet republics regret the Soviet Union’s demise: In former Soviet republics outside the Baltics, there is a robust strain of nostalgia for the USSR. In Moldova and Armenia, for example, majorities say the dissolution of the Soviet Union in 1991 was bad for their country. Even in Ukraine, where an armed conflict with pro-Russian separatists continues, about one-third (34%) of the public feels this way.  By contrast, in the Baltic countries of Estonia, Latvia and Lithuania the more widespread view is that the USSR’s dissolution was a good thing.

Many express doubts about democracy as best form of government: While the prevailing view in 11 of the 18 countries surveyed is that democracy is preferable to any other form of government, only in two countries – Greece (77%) and Lithuania (64%) – do clear majorities say this. In many countries across Central and Eastern Europe, substantial shares of the public – including roughly one-third or more of adults in Bulgaria, Belarus, Russia and Moldova – take the position that under some circumstances, a nondemocratic government is preferable.

These are among the key findings of the new Pew Research Center survey. The study, funded by The Pew Charitable Trusts and the John Templeton Foundation, is part of a larger effort by Pew Research Center to understand religious change and its impact on societies around the world.