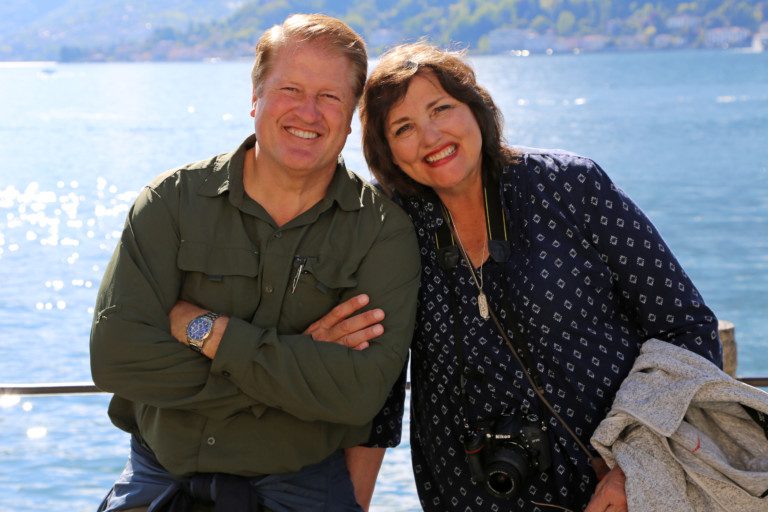 RelativeFinder: Are You Related to Your Spouse?

This summer, my husband Scot and I led a British Church History tour. Many of the people who came on that tour had British ancestry and clutched their family trees and pedigree charts to them with great glee, particularly if we came close to the winding byways of their ancestral homes where ancient homes still stand.

We told them that being in the land of your forebears makes your genes “jump around” with mysterious excitement, and it was true. It’s the DNA dance. You just feel something when you are in the places your great, great grandparents came from. The history belongs to you and you can almost feel the passion and drama of their lives as they played in scenes across time.

Some of our tour group showed us a website for finding relatives with which we were familiar—but did not realize the extent of its possibilities. RelativeFinder.org is a website that you log into using your own FamilySearch ID, and then a number of possibilities are open to you.

What is most common is that the program on the site will calculate your relationship to famous people in history and in church history. It will tell you if you are related to the current leadership of the church. It will let you know if you can claim kin with movie stars or US presidents or if an ancestor of yours came on the Mayflower. Marilyn Monroe, John Adams, or Elder Jeffrey R. Holland might, in fact, be your cousin. And so might Miles Standish.

The RelativeFinder.org site, however, has a tool that I did not know about and that we found to be completely compelling. On the bar across the top of the site is an option called “connect” and then if you go to the drop-down menu from that word you have options about who you’d like to connect with—the options being: with people nearby, with a friend, or with a deceased person.

That night in our hotel room Scot and I decided to connect with a friend—each other! We wanted to know if and how we were related. We’d asked that question many times before as we’ve been off looking at cemeteries or wandering through our own family pedigrees. Could we, by any chance, be not only husband and wife, but kin?

The thought had come to us because we have a friend, Darrell Ownby, who had more than 40,000 ancestral names in his computer and, one day, as he worked, the computer was calculating his relationships with some of those names. The program mentioned that Evan Ownby was his son, and then asked what seemed to be a ludicrous and surprising question. Next relationship?

Since Evan was his son, and he obviously knew it, why was the computer asking if there was more? Just for fun, Darrell clicked on the button, allowing the computer to calculate all the other ways that Evan was related to him.

This was many years ago, long before the sophisticated family history software and computers we have today. When Darrell clicked that button for the program to find other ways that Evan was related to him, he was surprised when his computer began to churn with that humming noise to show that it was busy at work—and even more surprising to see that it kept it up for several hours.

At last, the computer spewed out the answer. In addition to being his son, Evan Ownby was also his twelfth cousin, once removed. What? How could that be possible? It was possible, of course, because Evan was a twelfth cousin to his father through his mother’s side—meaning his mother and father were related some 12 generations back.

Is My Spouse Really My Cousin?

So we followed the steps on RelativeFinder.org that said “Connect” and then chose “with a friend” and this screen came up with a choice to “Start a Session” or “Join a Session.”

When I started a session I was given a password that I sent on to Scot. He opened RelativeFinder.org and went to “Join a Session”, inserted the password I had given him and we waited for several seconds and suddenly our screen transformed showing us all our common relatives.

We found that we had 112 common grandparents—on our mothers’ sides alone! In our wildest imagination we couldn’t have conceived that we would be connected so many times, but there it was before us. (We had many, many more than shows up on this screenshot.)

I teased Scot that suddenly I felt a bit more like his cousin than his wife.

What made it more fun, is that we could click on a name and another screen would appear that showed both of our names and our parents and grandparents leading back in a line to our common grandparent. There it was on one screen—proof that we were related.

Of course, some of our more distant common grandparents are the relatives of millions of people—people like Henry ll of England and Charlemagne. We can trace these ancestors because they are in royal lines where records were carefully kept. Lest we think our children might have double the inclination to kill their best friend as Henry had Thomas Beckett killed at Canterbury Cathedral, we also know that very little, if any, genetic material has filtered down that far into our own systems.

It is biologically insignificant to have illustrious ancestors because of the greatly diminishing percentage of one ancestor’s genes in your personal genome. It may be intriguing or significant to you to have had a famous ancestor, but not because you are some kind of genetic image of them. It is also true that your genetic contribution to your posterity diminishes rapidly because of all the many other family lines that contribute to the mix.

Most of Us Related

The fact is that when you get back ten to twelve generations most of us are related if we are from a similar part of the world. Choose almost anyone and you will find that you have common grand parents and can learn who they are. Everybody is really your cousin.

Legacy news noted, “If we double the number of ancestors in each generation, 2 parents, 4 grandparents, and so on, we can see that by the time we are back 10 generations, we have the potential for 1024 ancestors. If we were to go back to the time of Charlemagne, we would find we had the potential for 281 trillion ancestors all living at that one moment in history. But this is statistically impossible! The world’s population at that time does not support these numbers. So where did our ancestors go?”

Genealogists tell us that our family tree looks less like a pyramid with an ever expanding number than they look like a diamond where that number begins to collapse at some point. Why? Because it is estimated that 80% of marriages in history were between second cousins and in some cultures between first cousins. It is also true that because there was less mobility and the population base was smaller, that there is much intermarriage within a much smaller community.

Thus, it is likely that you may be related to the same person several times on your line, or you may find that you descend from more than one child of a particular couple. What you can be sure of is that there was never a time when there were trillions of people on the earth at the same time so your ancestry will converge back to fewer ancestors—not more.

Scot and I are probably related more than 112 times with more common grandparents than we ever supposed, but so are you and your spouse or you and anyone else you know. The RelativeFinder.org site allows you to investigate your relationships to any other given person or any group. We have heard of many groups finding out how they are related to each other just for fun and to create greater unity. Girls’ camp participants, tour groups, Relief Society attendees or anyone who happens to be attending a party together can find how they are all related. On RelativeFinder.org it is possible to form a any group and find out your family connections. It is always more than you could have assumed.

Sometimes I have found the site to be a little glitchy, so be patient while you are figuring it out, but this is really fun. When I found out that I was related so many times to my husband, I asked if that meant we could only be “relatively happy”. He assured me that marriage was even a closer relationship so we could continue with the depth of happiness we had always known.

We decided, too, that Albert Einstein was right when he said it was all about our relativity. (Corny jokes do begin to emerge when you find out you are so thoroughly related to everybody around you.)

I believe any true professional genealogist will scoff at the idea that there are true lines leading all the way back to Adam and Eve. You may find concocted lines created by so-called experts hired primarily by royalty but you will also find great gaps in time especially as they try to link people back to Biblical characters.

Don't miss all the extra groups you can match your tree with besides the built-in groups. Anyone can create one. Such groups as US military leaders and presidents of various countries, governors of US states, US baseball players, the founders of Canada, and many more are available in the featured and community groups. This is especially useful for people whose ancestry is not early LDS or New England. And it allows kids on visits to the Discovery Centers additional ways to find a match if they don't connect to the main groups of LDS and US leaders.