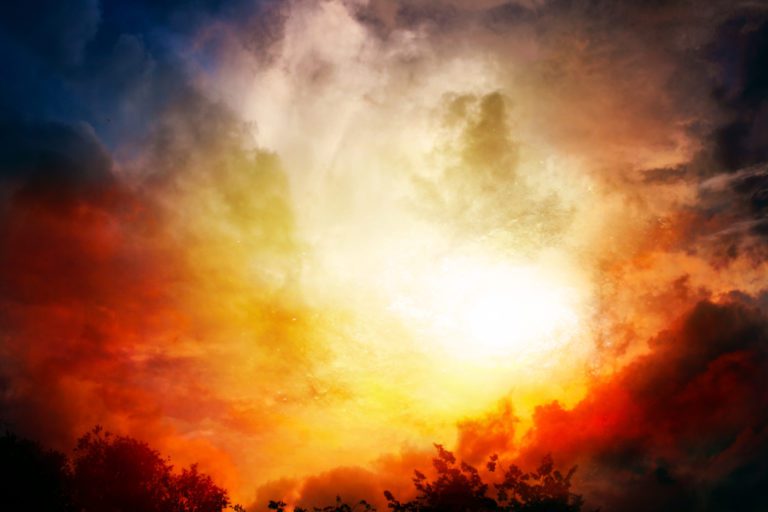 Reconciling the Wrath of God with the Love of God

Do the ideas of God’s wrath and His infinite and eternal love seem conflicting?  Studies have shown that some people are persuaded better by being given something to avoid or from which to distance themselves; while others are more motivated by moving towards something enticing.  Perhaps there is value in both scriptural approaches: warnings and promises.

It is interesting that Jehovah felt it important to help us understand that some statements from Him can be misunderstood… to our benefit.

the day when the wrath of God shall be poured out upon the wicked without measure DC 1:9

…the wrath of God, the desolation of abomination which awaits the wicked, both in this world and in the world to come. DC 88:85

He equates it with the “desolation of abomination.” What is that??  The Matthew 24 version calls it:

then shall the end come.  When ye therefore shall see the abomination of desolation, spoken of by Daniel the prophet, stand in the holy place….  Matt 24:14-15

In the meridian of times, this destruction of Jerusalem was a natural consequence of Roman retaliation from which God could have protected them. However, in their apostasy and crucifixion of His Only Begotten, they had invited the consequences upon their own heads.[1]  Here, He called it an “abomination of desolation” – an abomination that makes something desolate.  Scholars suggest that this referred to the desecration of the temple and destruction of Jerusalem by Antiochus Epiphanes that had the inhabitants resorting to cannibalism to survive the siege.  But, in the last days, it will be the destruction of all that is abominable; hence, “the desolation of abomination.”

We know that “no unclean thing can enter the presence of God,” but that is not because He is intolerant.  It is because nothing impure could survive His presence.  Note the natural result of His coming in the fullness of His glory:

For a desolating scourge shall go forth among the inhabitants of the earth, and shall continue to be poured out from time to time, if they repent not, until the earth is empty, and the inhabitants thereof are consumed away and utterly destroyed by the brightness of my coming. DC 5:19

It is unprotected exposure to the fulness of God’s glory, above the brightness of the noon-day sun, that is His wrath.[2]  With light brightness comes heat intensity. The instant conversion of physical matter into energy, at a rate we would call “instant”, would result at the 10,000 degree F temperature at the surface of the sun.  At the center of the sun, it is 27,000,000 degrees F.  We live in telestial space and light.  What would be the result of coming into Celestial space, light, and heat (everlasting burnings)[3]?

This allows us to read these scriptures with a different paradigm; what we have thought of as “burning hell” is in reality a metaphor that comes from the destructive effect of everlasting burnings of the glory of God:

25…if they be evil they are consigned to an awful view of their own guilt and abominations, which doth cause them to shrink from the presence of the Lord into a state of misery and endless torment, from whence they can no more return; therefore they have drunk damnation to their own souls.

26 Therefore, they have drunk out of the cup of the wrath of God, which justice could no more deny unto them than it could deny that Adam should fall because of his partaking of the forbidden fruit; therefore, mercy could have claim on them no more forever.

27 And their torment is as a lake of fire and brimstone, whose flames are unquenchable, and whose smoke ascendeth up forever and ever. Mosiah 3

Justice is not some set of laws, but rather, it is the nature of God – His light and truth.

6 …through Jesus Christ his Son—in all and through all things, the light of truth;

7 Which truth shineth. This is the light of Christ.

Yet, all of us can relate to the feelings of being invited into a warm relationship with someone only to, one day, witness them, in an unguarded moment, unleash their fierce temper in threats, labeling, and violence.  From then on, we would approach them, or talk to them, with guarded words, as if walking barefoot on cut glass, fearful of triggering their wrath.  Yet, God invites us into a warm loving parent-child relationship with Him,[4] calling us “His children” and “His friends”, insisting that His succoring arms are outstretched in nurturing love.[5]

Almost all Hebrew references to mercy use words that, if translated literally, would testify of His love; not just His compassion or tolerance.  The oft quoted verses about His ways and “thoughts being higher than ours”, compare His thoughts and ways to the heavens being higher or above the earth.[6]

Many years ago, my little daughter stopped me in the hallway of our home and asked, “Daddy, can you touch the sky?”  “No, my little sweetheart, daddies can’t touch the sky,” I responded with a tender smile.  “Yes, you can Daddy, try,” she urged with angelic enthusiasm.  I reached as high as I could without success, saying, “See, even daddies can’t do some things.”  “But Daddy, you are not even trying!  You can do it! Jump Daddy, jump!”  With an arm still extended, and with sweet amusement, I jumped just enough for my fingers to brush the acoustic ceiling.  She was delighted!  “See, Daddy, I told you that you could!”  She toddled off, apparently involved in some important imagination, before I could snatch her up and just squeeze her cuteness.

In some ways, we are all like this. We assume that the greater reality is limited to our own experience.  How high are the heavens above the earth?  Higher than the ceiling; it is even higher than the nearest star (more than four times the distance light can travel at 186,000 miles per second in a year). It must be said that there is no way for man to grasp the difference in magnitude between God’s higher thoughts and ours.

However, it is in the verse before that we find the focus of His higher thoughts.

Let the wicked forsake his way, and the unrighteous man his thoughts: and let him return unto the Lord, and he will have mercy upon him; and to our God, for he will abundantly pardon.

Here, as with other “mercy” references, the word used in Hebrew is racham which literally translates to having deep motherly type love.  Though often translated as “compassion,” it is also translated as “womb”; giving it more than a feeling of compassion or tolerance.  It rather speaks of the kind of deep love that drives a mother to sacrifice her life for her young.  The other of the two most frequently used Hebrew words translated as “mercy” is checed – which literally refers to intimate married love.  Noted below, is one of my favorite verses for the use of checed; though, here, it is translated as “lovingkindness” in the King James Version.  Perhaps, introducing the verse with a story illustration will better convey the meaning:

Following the Yellowstone fires of 1988, during which around a third and a half of the park burned, the rangers were doing a follow-up search of the burn scar.  One ranger reported walking through blackened trees where he saw a large majestic bird with wings still spread laying charred on the forest floor.  He suspected the intense heat had risen catastrophically, like in a chimney, catching the bird and burning it mid-flight, and dropping it to the ground with its wings still spread. Sickened by the sight of succumbed majesty, he lifted the wing with the toe of his boot to flip it over – as if to close the eyes of a friend in death. To his surprise, live baby birds emerged from under their mother’s charred wings.  She had saved them from the fire.

How excellent is thy lovingkindness, O God! therefore the children of men put their trust under the shadow of thy wings. Psalms 36:7

[2] Please note that it is unprotected exposure, and those scriptures referring to this exposure refer to either the wicked and their consequent destruction, or our need for protection through the Holy Ghost, a transfiguration, or the need to be changed so as to LIVE or dwell in His presence. See:

Moses 1:2 And he saw God face to face, and he talked with him, and the glory of God was upon Moses; therefore Moses could endure his presence.

11 But now mine own eyes have beheld God; but not my natural, but my spiritual eyes, for my natural eyes could not have beheld; for I should have withered and died in his presence; but his glory was upon me; and I beheld his face, for I was transfigured before him.

DC 84:22 For without this no man can see the face of God, even the Father, and live. (Though Joseph Smith saw God before having the priesthood, as referred to here, the context is speaking about living or dwelling in His presence.)

DC 67:11 For no man has seen God at any time in the flesh, except quickened by the Spirit of God.

JST 33:20 And he said unto Moses, Thou canst not see my face at this time, lest mine anger be kindled against thee also, and I destroy thee, and thy people; for there shall no man among them see me at this time, and live, for they are exceeding sinful. And no sinful man hath at any time, neither shall there be any sinful man at any time, that shall see my face and live.

DC 76:118 That through the power and manifestation of the Spirit, while in the flesh, they may be able to bear his presence in the world of glory.

[4] DC 78:17-18 Verily, verily, I say unto you, ye are little children, and ye have not as yet understood how great blessings the Father hath in his own hands and prepared for you; And ye cannot bear all things now; nevertheless, be of good cheer, for I will lead you along.

2 Nephi 21:15-16 For can a woman forget her sucking child, that she should not have compassion on the son of her womb? Yea, they may forget, yet will I not forget thee, O house of Israel.

16 Behold, I have graven thee upon the palms of my hands; thy walls are continually before me.

As usual, Brother Frogley has deep and thorough explanations of all things spiritual. His degree of "light" is inspiring and wonderful! Thanks for this insightful article.