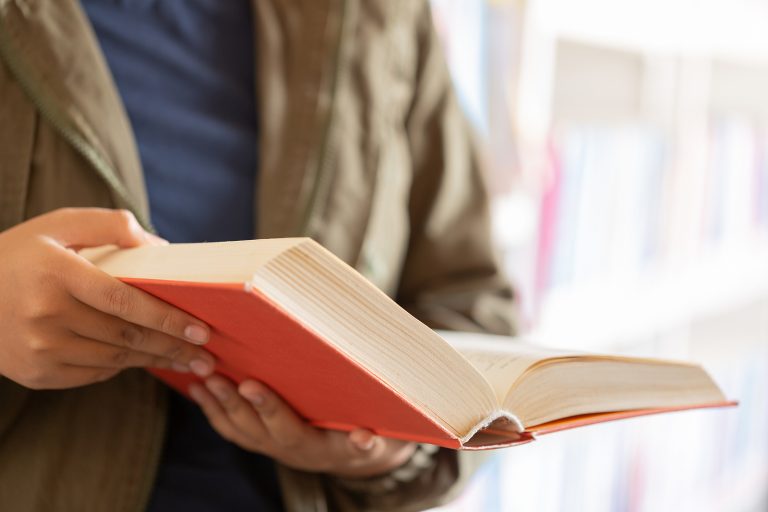 Proving Someone Right or Wrong

Mateo looked at the paper in his hand and smiled. He felt one of the greatest feelings of satisfaction he had ever felt. But then a memory came back to him—one that was a mix of both good and bad.

Mateo was only ten when he came to the United States. Most of his family had been there for quite a while. But when they immigrated, there hadn’t been room for all of them. One person would have to stay behind.

Mateo’s older brothers could get jobs and earn money to help the family once they moved. The ones younger than Mateo needed to stay with their parents. So, it was decided that eight-year-old Mateo would be the one who stayed behind. He would live with his grandparents until his father came to get him.

“I will be back soon, my son,” his father said.

Mateo didn’t mind staying behind. His grandparents were old, and it was hard for them to keep track of him. Sometimes he would be gone into the jungle for days. He wore very little and would live on the fruit he picked. He slept in the trees at night. It was a wonderful life.

Each time he returned to his grandparents’ home, they scolded him. “Mateo, you should be living with us and going to school like other children.” But nothing they said could change him.

A couple of years went by, and then one day, while Mateo was playing in the trees, he heard someone call his name. He looked down, and there stood his father.

Mateo didn’t want to go, but he knew better than to argue with his father. Mateo soon found himself in a strange country. The members of his family were all busy with their lives and had little time for him. Their language had changed, and he didn’t always understand them. He also knew they didn’t understand him. Sometimes his parents just nodded their heads as Mateo spoke, and he wondered if they even still spoke the same language.

He tried to stay out once on his own. But food didn’t just hang from trees everywhere he looked. There were flashing lights, sirens, and many strange things. And to top it off, his father came to find him and was not happy about Mateo not coming home.

School was even worse. The children would get him to do things they knew were wrong, though Mateo didn’t. When he climbed a tree he was not supposed to climb, his teacher, Mrs. Doddson, was mad.

“Mateo,” she said. “You will never amount to anything.” And because she treated him that way, he believed it. Soon he was running with the wrong kids and getting into trouble. He even spent a few nights in jail. His father came to get him out of jail more than once.

Then one day, when Mateo was heading with his friends to steal from a store, his teacher, Mrs. Johnson, grabbed him. “Mateo,” she said, “why do you do bad things with those kids? You know better. I can see better in you.”

Mateo pulled away. “I like to be in control of my own life,” he said.

In some ways, Mrs. Johnson’s words stung more than Mrs. Doddson’s did because Mateo knew she was right. He thought a lot about what Mrs. Johnson said, and he started to change. He found new friends, Mrs. Johnson helped him learn to read, and soon he was doing well in school.

Mateo went on, working hard, and now, the paper he held in his hand was a college diploma. As he looked at the paper, he decided he needed to send a copy to each of his two teachers. He would send it to Mrs. Doddson to show her she was wrong. But he would send it to Mrs. Johnson to show her she was right. He was going to be a teacher and help others find the best in themselves, just as she had helped him.

This was a wonderful story and proof that a person can turn their life around! I would love to hear more about how this young man is doing!