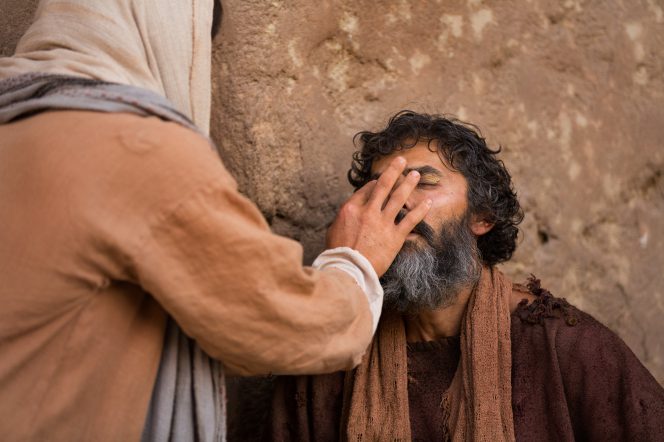 Priesthood Power and the Gift of Healing

(Receive a free copy of Portrait of a Zion Person. Click here.)

In General Conference, April 2010, President Boyd K. Packer gave a powerful talk entitled “The Power of the Priesthood.” He said, “Now, fathers, I would remind you of the sacred nature of your calling. You have the power of the priesthood directly from the Lord to protect your home. There will be times when all that stands as a shield between your family and the adversary’s mischief will be that power.”

If we were called upon to protect our families by the power of the priesthood, are we living in such a way to do it? Have we made the study of the priesthood a priority so that we would know what to do?

President Packer reminded us: “Priesthood is the authority and the power which God has granted to men on earth to act for Him. When priesthood authority is exercised properly, priesthood bearers do what He would do if He were present.”

What a responsibility! But often priesthood authority does not transcend to priesthood power.

Let us consider the common ordinance of administering to the sick. Do we approach it with doubt? “I hope this works.” If we cannot raise our faith enough to perform the ordinance and believe in its efficacy, how can we expect to protect our homes?

President Packer called upon us to stand in the majesty of the holy priesthood of Almighty God and stop trifling with sacred things.

Call for the Elders

“Is any sick among you? Let him call for the elders of the church.”[i] Our commission in the Melchizedek Priesthood is the same that Jesus gave to his apostles when he sent them forth to serve: “Heal the sick, cleanse the lepers, raise the dead, cast out devils: freely ye have received, freely give.”[ii] That same authority with its commission has been restored to the earth. Elder Matthew Cowley related the following healing incident:

I was down on the Indian reservation when I met a sister who had just joined the Church, a beautiful Navajo woman…After I had met this sister, one of the missionaries called me off to the side and said, “A few months ago my companion and I went into a hogan and that lady, that Indian sister, was lying on the ground on a sheepskin. She had been lying there for six long years. We called on her, and when we were leaving she called us back and said in broken English, ‘Isn’t there something you do for sick people?’ And we said, ‘Yes.’ She said, ‘Please do it for me.’ So they got down on their knees and administered to her, by the authority of the priesthood and in the name of Jesus Christ. Then they left, and they weren’t away fifty yards when she came out of the hogan after them and said, ‘Come back and see what you have done for me.’ She walked.[iii]

Oliver B. Huntington related this account of Joseph Smith:

Soon after Joseph settled in Kirtland, members of the Church began to gather to that place. The name of Joseph Smith and his power with God aroused everybody either for good or for bad. Mrs. John Johnson, who lived at the town of Hiram, forty miles distant from Kirtland, heard of the wonderful man that could receive revelations from God, heal the sick and see angels. She had a stiff arm that she wanted healed and made useful like the other, so she induced her husband to take a journey to Kirtland to see the Prophet. Joseph asked her if she believed that God could make him instrumental in healing her arm which had been stiff a long time. She answered that she believed her arm could be healed. The Prophet only remarked that he would visit her the next day. The next day Joseph came to Bishop Newel K. Whitney’s home where Mr. Johnson and his wife were staying. There were a Campbellite doctor and a Methodist preacher in the room. He took Mrs. Johnson by the hand and without sitting down or standing on ceremonies, and after a very short mental prayer, pronounced her arm whole in the name of Jesus Christ. He left the house immediately. When he was gone, the preacher asked if her arm was well. She immediately stretched out her arm straight, remarking at the same time, ‘It’s as well as the other.’[iv]

Elder Bruce R. McConkie wrote, “Ordinances of administration with actual healings resulting therefrom are one of the evidences of the divinity of the Lord’s work.”[v] Healing the sick was an essential part of Jesus’ ministry.

Clearly, there was no affliction that did not yield when it encountered the Lord’s command. As representatives of Jesus Christ, we commissioned to do the work of Jesus Christ.

The Prophet Joseph Smith set the latter-day example. After being expelled from Missouri, the Saints huddled in Illinois when cholera struck their camp. Soon the devastating sickness had enveloped the Saints and death began sweeping through their ranks. The Prophet deeply pondered the situation then acted. Wilford Woodruff wrote the following account:

On the morning of the 22nd of July, 1839, [the Prophet] arose reflecting upon the situation of the Saints of God in their persecutions and afflictions. He called upon the Lord in prayer, and the power of God rested mightily upon him. And as Jesus healed all the sick around Him in His day, so Joseph, the Prophet of God, healed all around on this occasion. He healed all in his house and dooryard, then, in company with Sidney Rigdon and several of the Twelve, he went through among the sick lying on the bank of the river, and he commanded them in a loud voice, in the name of Jesus Christ, to come up and be made whole, and they were all healed.

When he healed all that were sick on the east side of the river, they crossed the Mississippi River to Montrose, where we were. The first house they went into was President Brigham Young’s. He was sick on his bed at the time. The Prophet went into his house and healed him, and they all came out together. As they were passing by my door, Brother Joseph said, “Brother Woodruff, follow me.”

These were the only words spoken by any of the company from the time they left Brother Brigham’s house till we crossed the public square and entered Brother Elijah Fordham’s house. Brother Fordham had been dying for an hour, and we expected each minute would be his last.

I felt the power of God that was overwhelming His prophet. When we entered the house, Brother Joseph walked up to Brother Fordham and took him by the right hand; in his left hand he held his hat.

He saw that Brother Fordham’s eyes were glazed, and that he was speechless and unconscious.

After taking hold of his hand, the Prophet looked down into the dying man’s face and said, “Brother Fordham, do you not know me?”

At first he made no reply; but we could all see the effect of the Spirit of God resting upon him.

Joseph again said, “Elijah, do you not know me?”

The Prophet then said, “Have you not faith to be healed?”

The answer, which was a little plainer than before, was, “I am afraid it is too late. If you had come sooner, I think I might have been.”

He had the appearance of a man waking from sleep. It was the sleep of death.

Joseph then said, “Do you believe that Jesus is the Christ?”

“I do, Brother Joseph,” was the response.

Then the Prophet of God spoke with a loud voice, as in the majesty of the Godhead, “Elijah, I command you, in the name of Jesus of Nazareth, to arise and be made whole!”

The words of the Prophet were not like the words of man, but like the voice of God. It seemed to me that the house shook from its foundation. Elijah Fordham leaped from his bed like a man raised from the dead. A healthy color came to his face, and life was manifested in every act. His feet were done up in Indian-meal poultices. He kicked them off his feet, scattered the contents, then called for his clothes and put them on. He asked for a bowl of bread and milk and ate it. Then he put on his hat and followed us into the street to visit others who were sick.

As soon as we left Brother Fordham’s house, we went into the house of Joseph B. Noble, who was very low and dangerously sick. When we entered the house, Brother Joseph took him by the hand, and commanded him, in the name of Jesus Christ, to arise and be made whole. He did arise and was immediately healed.

While this was going on, the wicked mob in the place, led by one Kilburn, had become alarmed, and followed us into Brother Noble’s house. Before they arrived there, Brother Joseph had called upon Brother Fordham to offer prayer. While he was praying, the mob entered, with all the evil spirits accompanying them. As soon as they entered, Brother Fordham, who was praying, fainted and sank to the floor.

When Joseph saw the mob in the house, he arose and had the room cleared of both that class of men and their attendant devils. Then Brother Fordham immediately revived and finished his prayer.

This shows what power evil spirits have upon the tabernacles of men. The Saints are only saved from the devil by the power of God.

This case of Brother Noble’s was the last one of healing upon that day. It was the greatest day for the manifestation of the power of God through the gift of healing since the organization of the Church.

When we left Brother Noble, the Prophet Joseph went with those who accompanied him from the other side of the bank of the river, to return home. While waiting for the ferryboat, a man of the world, knowing of the miracles which had been performed, came to him and asked him if he would not go and heal his twin children, about five months old, who were both lying sick nigh unto death. They were some two miles from Montrose.

The Prophet said he could not go, but after pausing some time, he said he would send some one to heal them. He then turned to me and said, “You go with the man and heal his children.”…I went with the man, and did as the Prophet commanded me, and the children were healed.[vii]

We believe in the gift of healing!

Let us solemnly consider the counsel of President Packer: “Now, fathers, I would remind you of the sacred nature of your calling. You have the power of the priesthood directly from the Lord to protect your home. There will be times when all that stands as a shield between your family and the adversary’s mischief will be that power.”

What are your thoughts on the healings and anointings performed by women that took place in the early restored church, and the subsequent loss of those practices?

Does the gift of healing apply to mental as well as physical illnesses? I have watched again and again as the mentally ill destroy their eternal families. Is there no blessing to save them?