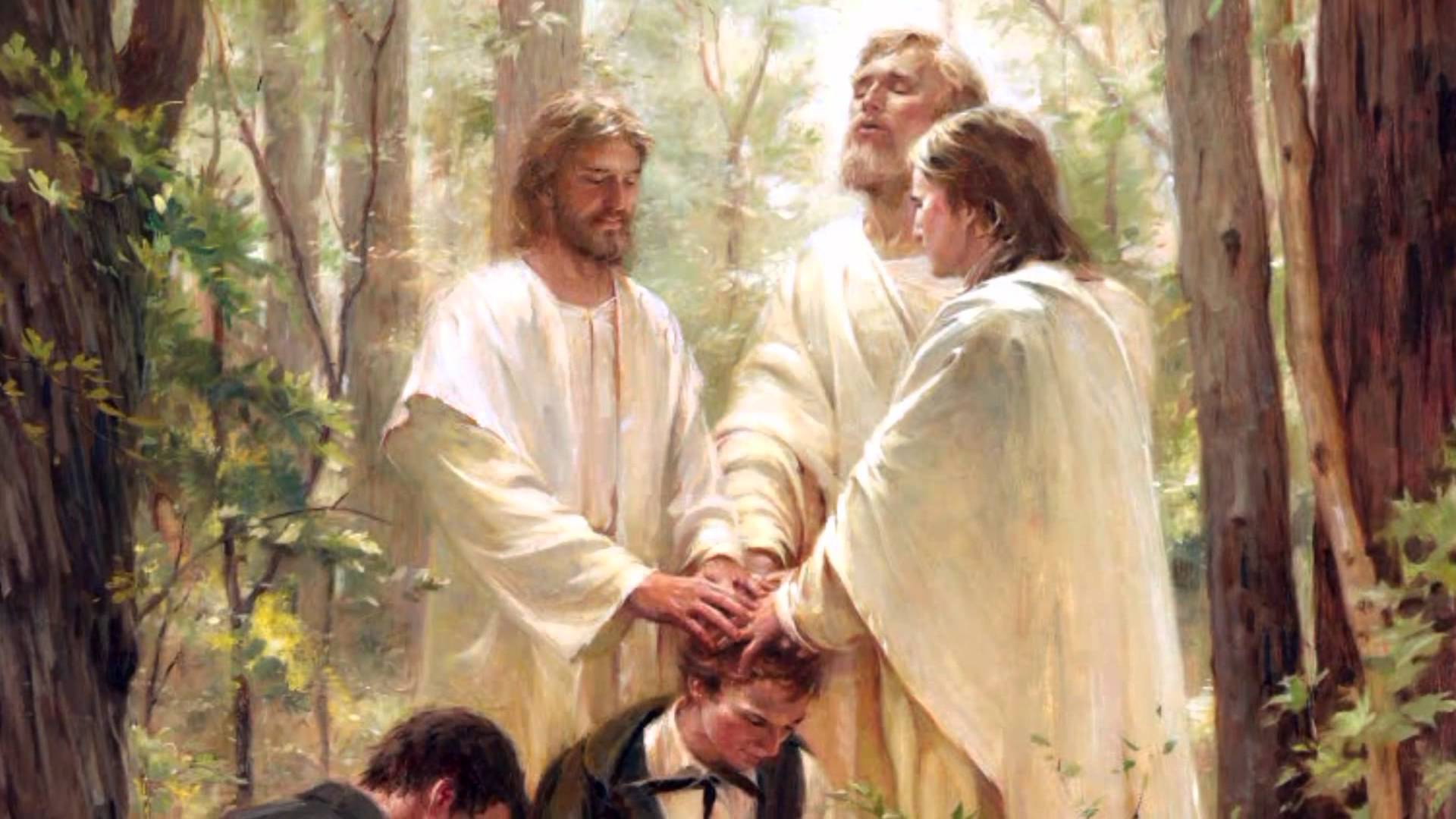 Priesthood keys: What are they and why do they matter?

“Priesthood keys” is a term that many have heard used in Church discussion but is not always well defined or understood. If we do not understand what priesthood keys are then we can’t fully appreciate why they matter and why we should follow those who hold them.

As a BYU instructor, I often begin a discussion on priesthood keys by asking two related questions: What is the priesthood? And what are priesthood keys? Most students can confidently define priesthood as “the authority and power that God gives to man to act in all things for the salvation of man.” And recognize that “male members of the Church … hold the priesthood” (Priesthood, Guide to the Scriptures).

The President of the Church delegates priesthood keys to other priesthood leaders so they can preside in their areas of responsibility. Priesthood keys are bestowed on presidents of temples, missions, stakes, and districts; bishops; branch presidents; and quorum presidents. This presiding authority is valid only for the designated responsibilities and within the geographic jurisdiction of each leader’s calling. When priesthood leaders are released from their callings, they no longer hold the associated keys.

Counselors to priesthood leaders do not receive keys. They are set apart and function in their callings by assignment and delegated authority.

All ward and stake auxiliary organizations operate under the direction of the bishop or stake president, who holds the keys to preside. Auxiliary presidents and their counselors do not receive keys. They receive delegated authority to function in their callings. (Handbook 2 2.1.1)

As this helpful explanation teaches, priesthood keys are held only by priesthood presidents (e.g. Bishops, stake presidents, quorum presidents) and they are what gives these leaders the right to lead (keys are literally the right to be the president). Priesthood keys are not held by their counselors who act only by “delegated authority” from the keys of the president. They are also not held by auxiliary presidents (e.g. Young Men’s president, Relief Society President, Sunday School president, Primary president) who also act by “delegated authority” that they receive when they are set apart by the Bishop (or stake president in the case of stake auxiliary leaders).

A clear, practical example of priesthood keys in action is witnessed every Sunday throughout the Church. When the priest finishes blessing the sacrament, the first thing he does is look to the Bishop for the nod of approval. This is because, although the priest holds the priesthood authority to administer the sacrament, he cannot do so without the approval and authorization of the Bishop who hold the keys to preside over and direct that ordinance.

The same principle is true of the saving ordinance of baptism. In any given ward there are dozens of men who have the priesthood authority to baptize, but only one man in the ward holds the keys to preside over and direct this ordinance. Therefore, these men cannot exercise their priesthood to perform this ordinance independent of the Bishop. He must approve and authorize the baptism for it to be valid. For a convert baptism it is the mission president who holds the keys to direct this ordinance.

Not only are priesthood keys used in performing certain ordinances, they are also used in providing direction and maintaining order to the work of salvation as implemented throughout the Church. Quorum presidents, for example, hold the keys to preside over and direct the priesthood work performed by the men of their quorum. A Deacon’s quorum president exercises his keys when he gives a fellow Deacon an assignment to bring bread for the Sacrament or to collect on a fast offering route. Similarly, the Elder’s quorum president holds the keys to preside over all the Melchizedek priesthood holders of his ward (except the Bishopric). One of his main works is to direct the work of ministering, making inspired assignments and having regular accountability interviews with the ministering brothers of his quorum.

Understanding priesthood keys can also help us discern who holds the authority to lead us and therefore who we should follow. To use military terminology, those leaders who hold priesthood keys to preside over us are like our line officers that we directly report to, while auxiliary presidents are like staff officers who have an advisory role to help us but do not hold the same authority to direct us. This principle helps us discern between counsel that seems contradictory. For example, if the stake primary president and the Bishop both give the ward primary president righteous counsel, but it conflicts, then the wise course is to follow the Bishop because he holds the keys to direct the work of the ward. (If he is out of line then the stake president can correct him.)

Keys of the Kingdom

The priesthood keys we have discussed so far are limited to priesthood quorums and the geographical jurisdiction of a ward or stake, but there are also priesthood keys to preside over the entire Church. These keys are often called the “keys of the kingdom” because “the kingdom of God on earth is The Church of Jesus Christ of Latter-day Saints” (Kingdom of God, Guide to the Scriptures). Handbook 2 explains clearly who holds these keys and how they operate:

Jesus Christ holds all the keys of the priesthood pertaining to His Church. He has conferred upon each of His Apostles all the keys that pertain to the kingdom of God on earth. The senior living Apostle, the President of the Church, is the only person on earth authorized to exercise all priesthood keys.

Because this is Jesus Christ’s Church, he always holds the “keys of the kingdom” to preside as the head of the Church. These keys of universal presiding authority are also conferred on each of his Apostles when they join the Quorum of the Twelve. By conferring these keys upon each of the Apostles, it safeguards the keys so they are never lost from the earth at the unexpected death of the president of the Church (see https://meridianmag.wpengine.com/succession-in-the-presidency-how-a-new-prophet-is-chosen-to-lead-the-lds-church/). In addition, by holding these keys each Apostle can act as a prophet, seer, and revelator to the Church, exercising their keys to receive revelation and teach with authority in their Apostolic service.

However, although each Apostle holds all priesthood keys, there are “limits or constraints” on how they can use them. They must exercise their keys only “in harmony with the other [Apostles] and under the direction of the President of the Church” (Elder Dale G. Renlund, The Melchizedek Priesthood p. 29). Because priesthood keys are the right of presidency, they can only be fully exercised by one person at a time, namely the President of the Church who is the senior Apostle. He alone is the only one who holds and is authorized to exercise all priesthood keys. As the Lord has explained, “there is never but one on the earth at a time on whom this power and the keys of this priesthood are conferred” (D&C 132:7).

The claim to have the keys of the kingdom, the presiding priesthood authority to govern Christ’s Church and direct the work of salvation on earth, is a bold claim and it comes with an equally bold assertion. We declare that the keys of priesthood authority were delivered to man from heaven by angels sent from God to the Prophet Joseph Smith. The angels that delivered these keys were the same ancient prophets and apostles that held this authority in mortality, as recorded in the Bible.

Although Elijah was the last angel to restore priesthood keys, we know that “from Michael or Adam down to the present time” other angels came including Gabriel and Raphael, “all declaring their dispensation, their rights, their keys, their honors, their majesty and glory, and the power of their priesthood; giving line upon line, precept upon precept; here a little, and there a little” (D&C 128:21). These angels came to restore the keys to preside over and direct the works of God that they had been entrusted with in their respective dispensations.

With these keys restored to the earth we can now perform all the work God has called us to do. We can send missionaries to the nations, perform saving ordinances for the living and dead, minister to and bless those in need, all under the direction of those leaders who hold priesthood keys. In short, it is through these keys that salvation is administered to mankind and without these keys “the whole earth would be utterly wasted at [Christ’s] coming” (D&C 2:3).

I conclude with a story told by President Boyd K. Packer that I believe powerfully illustrates the importance of these priesthood keys held by living Apostles today and exercised in full by the President of the Church.

“In 1976 following a conference in Copenhagen, Denmark, President Spencer W. Kimball invited us to a small church to see the statues of Christ and the Twelve Apostles by Bertel Thorvaldsen. The “Christus” stands in an alcove beyond the altar. Standing in order along the sides of the chapel are the statues of the Twelve, with Paul replacing Judas Iscariot.

President Kimball told the elderly caretaker that at the very time Thorvaldsen was creating those beautiful statues in Denmark, a restoration of the gospel of Jesus Christ was taking place in America with apostles and prophets receiving authority from those who held it anciently.

Gathering those present closer to him, he said to the caretaker, “We are living Apostles of the Lord Jesus Christ,” and pointing to Elder Pinegar he said, “Here is a Seventy like those spoken of in the New Testament.”

We were standing near the statue of Peter, whom the sculptor depicted holding keys in his hand, symbolic of the keys of the kingdom. President Kimball said, “We hold the real keys, as Peter did, and we use them every day.”

Then came an experience I will never forget. President Kimball, this gentle prophet, turned to President Johan H. Benthin, of the Copenhagen Stake, and in a commanding voice said, “I want you to tell every prelate in Denmark that they do not hold the keys! I hold the keys!”

There came to me that witness known to Latter-day Saints but difficult to describe to one who has not experienced it—a light, a power coursing through one’s very soul—and I knew that, in very fact, here stood the living prophet who held the keys. (Ensign, May 1995)

What keys are bestowed during the sealing of a man and a woman during a temple wedding?

Good article, but it would be nice if you would explain exactly what keys are held by each individual, such as a bishop, stake president, And so on. I served as a bishop without fully understanding what keys I held. This would be important information for many individuals. 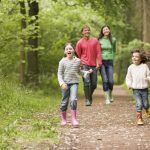 Carving Out More Family Quality Time in a Fast-Paced World 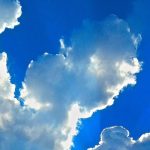 By Taylor Halverson
PAST ISSUES