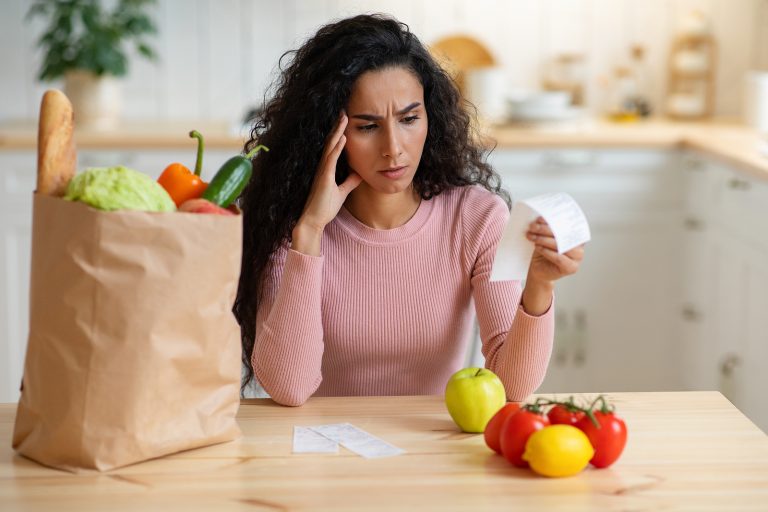 Prices are Soaring and Shortages Coming

I am very, very concerned that everyone understand the impact the drought in California and other western states will have on our wallets and lifestyle. Now is the time to become more self reliant.

“The time will come that gold will hold no comparison in value to a bushel of wheat. Gold is not to be compared with it in value.” Brigham Young (Journal of Discourses, 1: p. 250).

Could that time have come?

This year’s drought is steadily approaching the peak severity of the last one. It’s a dangerous benchmark: 2012 through 2015 was the state’s driest consecutive four-year stretch since record-keeping began in 1896. A state of emeergency has already been declared in 41 counties.

Much of the state has received less than half of average rain and snowfall since October, with some areas seeing as little as a quarter. We recently drove from central California to Oregeon and the state is dry. There is little snow on mount Shasta and Shasta lake is so low vehicles are driving on the lake bed. Everything is already brown, what you would expect in August, not now.

More than half of the country’s fruit, nuts, and vegetables come from California. Did you know that 90% or more of all the almonds, artichokes, dates, figs, kiwi, persimmons, pistachios, prunes, raisins, strawberries, and walnuts consumed in the United States are grown in California, as well as 100% of the olives and 21% of the milk and cream? Not only just nuts and berries, but also most other fruit and vegetable varieties are grown by the truckload in California. You may think you don’t eat some of these, but do you use their byproducts such as olive oil? Many are used as ingredients in other foods we consume, such as ketchup and cereals. Higher prices on these crops will result in higher prices on any product using California- grown crops for ingredients.

California is rarely thought of as a cattle state but it ranks fourth in nation-wide production behind Texas, Kansas, and Nebraska. California ranchers are already selling off their herds as feed and water become too expensive to maintain a profitable ranch. Farmers and ranchers are being told they will have no, that’s right no water allocations this year. No water means not planting or digging very expensive wells or buying very expensive water, all raising prices and cutting availability.

Only 8% of Texas is drought-free, with 8.5% in the exceptional drought category. About one-quarter of the state is experiencing extreme drought conditions. West Texas farmers are preparing themselves for a possible devastating impact to the 2021 crop.

Cotton is Texas’ most valuable crop, generating 9% of the state’s total agriculutural revenue and providing 29% of the nation’s cotton.

Other important agricultural products are corn for grain, hay (#3 in the United States), wheat, sorghum grain (#2 among the states), peanuts, rice (#5 among the states), and cane for sugar. The leading fruits produced in Texas are watermelons, grapefruits, and cantaloupes. Important Texas vegetables include onions, potatoes, and cabbages (#1 producer in the U.S.). Texas is also a leading producer of pecans, second only to Georgia.

The Texas freeze also wiped out a significant amount of the winter crops. Prices will continue to go up as we deal with the aftermath of natural disasters which destroyed many crops. Citrus, broccoli, carrots, cabbage, cauliflower, and feed for beef and sheep were all lost to the freeze. The freeze occurred during calving season and many young cows and lambs did not survive. Dairy farmers were forced to dump millions of gallons of milk that could not be delivered because of weather conditions. Experts estimate many of these losses will continue to affect prices into next year.

But wait! It is raining in Texas. In some parts of the state, the rain is just what the farmer ordered, in others it’s been too much. And still some parts of the state haven’t seen rain at all. Prior to the rain, farmers across the state were planting and hoping, farmers have to be optimists. Seeds have now been washed away. You have seen the pictures on the news of the flooding.

For other farmers who had their crops planted, it’s too wet to spray weeds or apply fertilizer. And crops that have been under water are showing signs of stress. Then there was the hail annihilating standing crops.

Farmers and ranchers were ready to cut hay but the rain is preventing them from cutting and baling. A smaller harvest means expensive feed and higher meat prices.

More than 60% of the country is now expriencing a severe to exceptional drought. This has only happened twice before. Utah, Arizona, Nevada, New Mexico, Oregon, North and South Dakota, Minnesota and Colorado all have areas of extreme drought or worse.

And it’s not just the United States. “ An increasing number of countries are facing growing levels of acute food insecurity, reversing years of development gains. Even before COVID-19 reduced incomes and disrupted supply chains, chronic and acute hunger were on the rise due to various factors including conflict, socio-economic conditions, natural hazards, climate change and pests. COVID-19 impacts have led to severe and widespread increases in global food insecurity, affecting vulnerable households in almost every country, with impacts expected to continue through 2021 and into 2022.” (report from the World Bank)

our food storage. Can you afford food prices to increase? How will you feel when

you have to do without due to shortages?

got to the place where no matter how much cash we have, we cannot secure

those things in the quantities which we may need. … All that you can be certain

President Kimball counseled us to become self-reliant because the prophecies

of old were coming to pass. He said, “Now I think the time is coming when there

will be more distresses, when there may be more tornadoes and more floods, …

more earthquakes. … I think they will be increasing probably as we come nearer

Noone was talking about climate change and changing weather patterns in 1974, except the prophet.

“The Lord will make it possible, if we make a firm commitment … All we have

to do is to decide, commit to do it, and then keep the commitment. Miracles

will take place; the way will be opened … We will prove through our actions

our willingness to follow our beloved prophet and the Brethren, which will bring

security to us and our families.” (April 1976 General Conference)

What everyone should do now, before food prices rise:

Plan and accumulate a three month supply of the foods you eat. I recently watched a video that outlined all the reasons food prices will rise,

at the end they offered to help their members purchase food, from the Church, freeze dried food or dehydrated meals. What a mistake! During a crisis will you want to eat that? Will your family be comforted by foods they don’t like? What will you do when there is not water to reconstitue? What would life be like without bread or ketsup, pickles, spices or chocolate? For the thousands you would spend on those foods you can be storing the foods you already love.

To help you accomplish this goal and plan to feed yourself in the future:

This information is not meant as a scare tactic but as a warning. The scriptures warn of coming disasters as do the prophets. These are meant as a caution so we can be prepared and feel calm in the midst of the storm. The Lord will provide but we must do our part.

When encouraging food storage President Kimball said: “And so my feeling is today that we emphasize these two scriptures: “Not every one that saith unto me, Lord, Lord, shall enter into the kingdom of heaven; but he that doeth the will of my Father which is in heaven.” And the other: “Why call ye me, Lord, Lord, and do not the things which I say?”

Think of the number of people represented here this day by the stake presidents, mission presidents, and others who are directors, who have many people under them. Our 750 stakes (there are a lot more now)—all of them including hundreds, sometimes thousands, of members—could that we have, if we go to work and actually push this matter until it is done. We talk about it, we listen to it, but sometimes we do not do the things which the Lord says.” (Family Preparedness General Conference, April 1976)

Big news at Totally Ready this week! Time to join the Totally Ready Team! Visit TotallyReady.com and Totally Ready on facebook  to find out how. Message Carolyn at: [email protected] or on facebook messenger to ask a question, make a suggestion for a future article or schedule a zoom class for your ward, family or community group.

Thank you, Carolyn! This information is timely and helpful...ONLY if we heed it and prepare!

I’m listening and received a direct answer from the spirit…