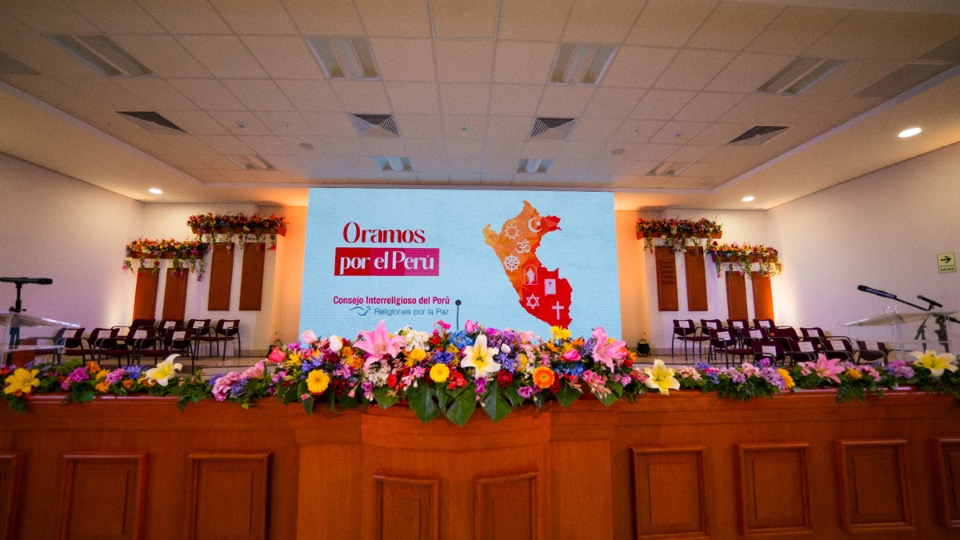 An interfaith prayer service was held in celebration of the 201-year anniversary of the Peru’s independence with attendance by the president of the republic, Pedro Castillo Terrones, and first lady, Lilia Paredes, in attendance.

The event was held at a meetinghouse of the Lima Peru Limatambo Stake of The Church of Jesus Christ of Latter-day Saints. The location holds a special significance as the site of the first meetinghouse built by the Church in Peru.

The second annual “We Pray for Peru” service was organized by the Interreligious Council of Peru and held on July 25, 2022. Several government, civic and religious leaders attended the service, including the archbishop of the Catholic Diocese of Ayacucho, Monsignor Salvador Piñeiro, and Elder Jorge Zeballos, a General Authority Seventy of the Church of Jesus Christ.

The event was broadcast on national television and social media platforms. Many religious leaders offered prayers during the ceremony for the victims of the COVID-19 pandemic, vulnerable and Indigenous communities, families supported by community kitchens, migrants, government authorities, unity in the country, better work opportunities, affordable housing, health and education.

“Being united is not synonymous with agreeing on everything, but the fact that this [interfaith] ceremony was held is a demonstration that many things can be done together, regardless of the differences we may have in thought and belief,” said Elder Zeballos.