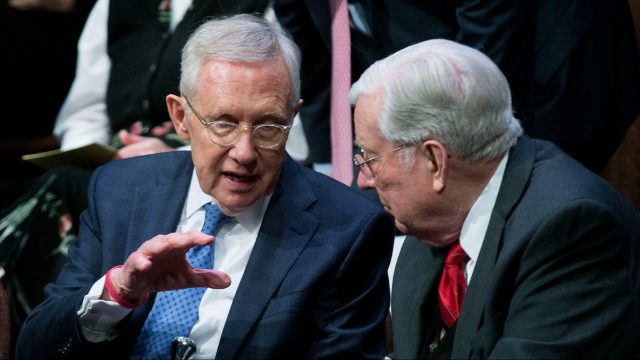 While Sen. Reid, a native of Searchlight, Nevada, was at times “all business,” President Ballard said he was also “a man of faith — in word and in deed.” Sen. Reid and his wife, Landra, joined the Church soon after their marriage at age 19. From the beginning, “they have been faithful disciples of Jesus Christ, with a firm belief that we are all brothers and sisters, children of a loving Father in Heaven,” the Apostle said.

President Ballard shared some of his personal interactions with the former Democratic senator from Nevada.

This was a deeply inspiring funeral service. Imagine the missionary opportunity of having current and former presidents and other government leaders hear the testimony of an Apostle and feel the Spirit in the meeting!