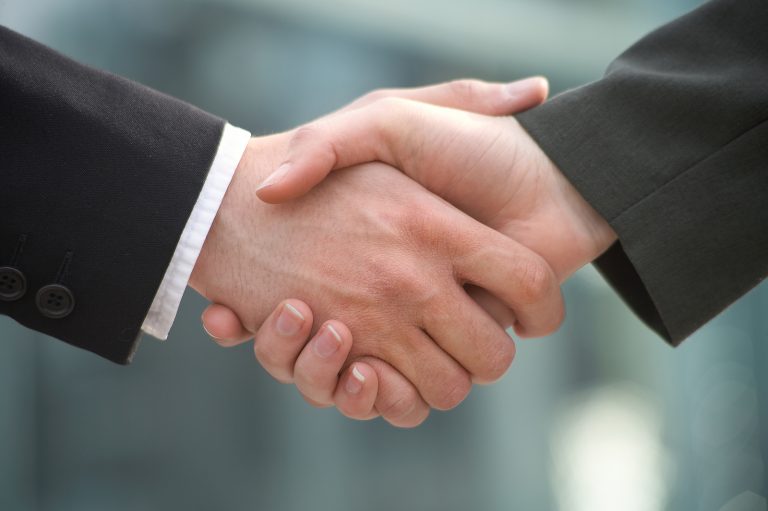 We’re all in the persuasion business.  Every day.  Multiple situations.  The businessman sells a product or service.  The teacher wants students to do their homework.  And we Latter-day Saints would like to persuade more people to join the Church.

Here are three observations that may help.

There is no persuasion without contrast.  No one ever bought a product because the seller said it’s the same as the competition’s.  People want to feel they’re getting the best and you have to show why your product or point of view is better.

Pushing seems to be the simple answer for too many – a matter of getting the person from Point A to Point B.  While it may initially bring numbers, will it bring lasting satisfaction?  People want to buy; they do not want to be sold.

As for persuading people to consider joining the Church, missionaries employed a very specific approach for decades.  “If you come to know these things are true, will you be baptized?” was the endorsed method, pressure the obvious purpose. Though it may not have been intended to be sales-blatant, it felt that way. It acquired three names: the if-then close, the suppose close, and the sharp angle close.  Some people may have even viewed our missionaries as salesmen using age-old gimmickry.

President M. Russell Ballard fortunately blew the whistle on these old practices.  He advised new mission presidents last June that no one be baptized until the missionaries have provided sufficient instruction and have been specifically prompted by the Spirit to do so.

We are finally learning to speak to a person’s needs.  We make progress when we learn a person’s beliefs and (especially) his doubts.  We then draw clear contrasts and let better understanding work its persuasive ways.  Without being pushy.

In a related example, let’s say you are a bishop and you feel a senior couple in your ward would make good Church-service missionaries.  You visit with them and they hesitate, citing the normal excuses of time, money, family.

While those can be deterrents, many times they hide deeper reasons.  If you patiently discuss their hesitations, you may well hear such concerns as not wanting to be treated as senior versions of young missionaries with a list of controlling rules that would never be appropriate to apply to a senior citizen in any other walk of life.  Or fearing a change of specifications down the road.

Persuasion through relieving fears is known in fancy-speak circles as “reducing reactance.”  But the point is simply to find the real reasons for hesitation and then provide reassurances that what they sign up for is what they get – no surprises.

And tell them if they sign up to work, say, in a family-search library and after awhile find they’d rather give service in a bishops’ storehouse or the BYU Pathway program, they can be reassigned.  Without a stigma.

Elimination of fears is central to the non-pushy persuasive process.

The Prophet Joseph gave the best succinct explanation of proper government when he said, “I teach them correct principles and they govern themselves.”  In application, people have agency to think, choose, act, and run their own lives guided by common-sense principles.

Today, in contrast,  government bureaucrats write rule after rule after rule hoping to achieve a uniform, fault-free society.  Following the tradition of Pharisees, they exponentially out-do their biblical-counterpart busybodies.  Rather than a mere 613 rules (so many steps allowed on the Sabbath, and so forth), today the administrative state has smothered Americans with hundreds of thousands of regulations.  Hundreds of thousands.  And the list of do’s and don’ts in our rule-giddy society grows by the hour.

With that as our environment, persuasion actually becomes easier when we refer people back to natural principles – when we give them latitude to decide things for themselves.

In discussing the Church with non-member friends, I have had wonderful reactions to my standard invitation to compare us with other churches (the contrast element again) and my promise, “I will never push you.”  One neighbor responded, “That is so good to hear.”  He’s now doing his research and making comparisons.

If you want to persuade, treat people as smart enough to govern themselves with principles rather than Pharisaical objects to be manipulated through tons of picky rules.

Give them the latitude that comes with a guidance of principles.

Help them enjoy being properly persuaded.

In the late 1950's we were instructed to set a baptismal date on the first lesson. I did one time when I felt the spirit and he was baptized then and I suppose I did it a few more times, but many of us did not. I recall one time when a non-member husband agreed after years to listen to the missionaries. I said to my senior companion that this is one case where we should not try to set a baptismal date on the first lesson, but he didn't listen to me and spent 5 minutes hammering on this poor man trying with high pressure tactics to get him to commit to a baptismal date in a few weeks. The man resisted and of course never let us back. I was not surprised that many members were afraid to refer their friends to the missionaries.

Brother Frye and Brother Thorley: Thank you very much for your comments. We have, indeed, had similar experiences. Things are changing.