Parents: the First and Best Defense Against Pornography in Schools | Meridian Magazine 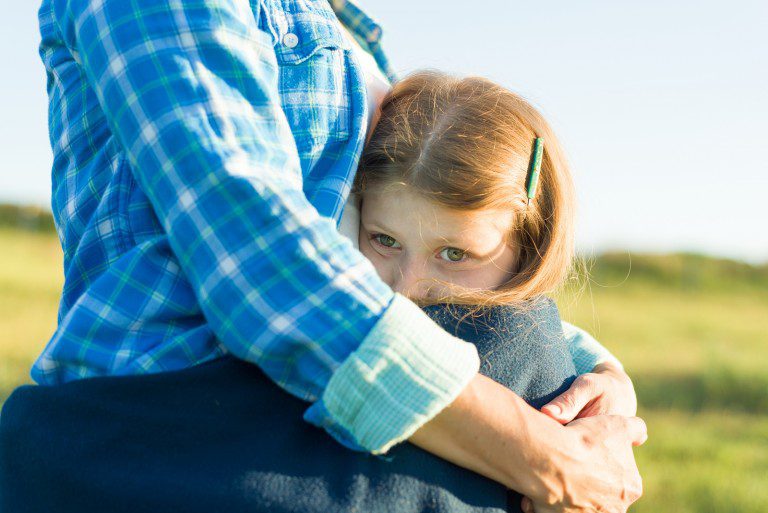 Parents: the First and Best Defense Against Pornography in Schools

“Mom, can I tell you something?” I happily said yes, I always enjoy hearing about my 11-year-old’s day. But I was not prepared for this: “There was a girl at school that received a three-week suspension, and the police were called because it could put her on the sex offender registry!”

I reached out to a number of officials to confirm what happened. I really hoped my son had exaggerated the incident. I really hoped that a young girl’s life was not turned upside down for a rash and harmful act committed when she was too young to understand all the damage she was doing to herself and others. And I really hoped that my son would not ever have to confront something like this. But too late, here it is.

An eleven-year-old girl recorded an explicit video for her boyfriend, a fellow 6th grade student, performing a sexual act with a household object. It quickly whipped around the school until another student stopped and said, “This is wrong.” He went to a teacher and told about the video that was going viral among the students. Authorities were called, the circulation stopped, and the girl was removed from school. But the damage was done.

Protected and prepared: having “the talk”

I feel my son was divinely protected. Mercifully, he was sick the day the video was created and sent, so he was not exposed to it. However he heard all about the drama the next day and had the video described to him in graphic detail. Fortunately, at the end of this last summer my kids and I all watched a really outstanding video, produced by The Church of Jesus Christ of Latter-Day Saints, that discusses pornography and what to do when (not if) you encounter it.

My son remembered that video and did exactly as suggested with what he heard at school. After coming to me, we had a long conversation. We talked about how our bodies are special and sacred and they deserve a lot of respect. We talked about how we treat our bodies, and who gets to see our naked bodies. We talked a lot about appropriate behaviors on social media and our family’s rules. We discussed how once an image is shared or on the internet there is no bringing it back. We talked about pornography, and how harmful it is to relationships and to young minds.

I felt really relieved after our talk. It was a good moment, and I felt like my son had handled things maturely and appropriately. I was very proud of him. But I walked away with just one question: why had my husband and I heard NOTHING from the school? To me, this was a major incident that required some sort of notification to parents. We at least needed to know what had happened and, without putting the student’s privacy at risk, we needed to know what to discuss with our kids. Instead we had no idea a sexually graphic video, starring a fellow student, circulated among the students until our kids came home, troubled and confused, and told us. That was not right.

Sadly, this mother is unaware of how pornography consumption has many negative emotional, psychological, and physical health risks, including increased depression, anxiety, violent behavior, and promotes a warped view of what healthy relationships look like. Some studies indicate that early exposure to pornography (before age 14), increases the risk for children becoming victims of sexual violence, as well as acting out sexually against other children, and increases their risk for developing sex addictions.

To the first issue, we must prepare our children for the time they will encounter pornography. Unfortunately our children will not be spared from attempts to entrap them in addiction. Curiosity is a human characteristic, and is especially integral to childhood development. Helping children to understand appropriate behaviors and healthy sexuality will help them to know that physical acts they see on phone and computer screens are wrong. When they can identify pornography for what it is, a harmful and violent distortion of intimacy, they can categorize it as pornography in their minds and process it appropriately. Warn them that pornography causes addictions that are emotionally based and that destroy trust, marriages, and respect for others and themselves. As parents we have an obligation to do this from the time our children are very young; the average age for first exposure to pornography gets younger every year. We cannot be too cautious and we must teach our children now.

Remind your children that they can talk to you about anything, and remember to be a listener first. Work to be a parent that does not react right away to what your children share with you, but just let them dump their feelings and thoughts. They need to understand that coming to you for guidance will not get you agitated or them in trouble. Help them identify other trusted adults that will support them: their ecclesiastical leaders, grandparents, or close adult friends.  Carefully build a network of good people — individuals that you know well, trust, and with whom you and your children feel safe — that will help your children learn the sacred nature of intimacy.

Schools and society – on the wrong side of the pornography issue

To the second issue, pornography is so pervasive in our world that society has adopted a very blasé attitude towards it. Do not let that intimidate you. Be a vocal advocate for the sanctity of marriage as the proper place for intimacy. Remind adults that pornography addiction is real, and it is harmful to our children and society. Do not be afraid to state, unapologetically, that you expect better than twisted versions of sexual relationships for your children, and that you will safeguard their hearts and minds at all costs so they can have healthy marriages and families in the future.

Be involved in your schools, know what is going on in their walls. Another parent pointed out how grateful I should be that I learned about the video. Most parents would go on blissfully ignorant because even their children have accepted that peer-produced-porn is just a normal part of life. Oh, and it is totally acceptable to share and laugh about it. Do not let this be the norm for your child, and do not let your school intentionally keep you in the dark. In my research I was unable to find a single regulation regarding our school’s responsibility to inform parents of traumatic events at school. I looked through my school’s Code of Conduct book, and information regarding security and safety, but there was nothing that addressed if and when a school should notify parents of a distressing or violent event on school grounds. A friend with a daughter in another school in our school district was not surprised by the district’s radio silence because it was not the first time something like this has happened.

Her daughter felt violated and victimized when a young man parked himself in the girls dressing room during choir costume changes. Parents were not informed of the invasion of privacy until their daughters alerted them to the young man’s presence. In discussing the situation in my son’s school with the communications department at my district, the response was “It depends!” The definition of severity differs for each person involved, so the school may decide that what is a gross violation for one parent is trivial to the school, so no notification is given. Which means the burden of disclosure is often left to our children. The absurdity of the situation is not lost on me. Were this a threat of physical violence on school grounds I know I would have been alerted, at least by the weekend with the Friday newsletters I receive. Why, then, do schools not take the threat to our children’s emotional security as seriously?

This will feel like an uphill battle. With “Porn Literacy” classes available in some schools, and with many educators suggesting pornography as a legitimate tool for sexual experimentation and healthy exploration in Comprehensive Sexuality Education (CSE) classes, parents have a lot to work against. But we must not give up! Be proactive; prepare your children for the day they will be exposed to pornography. Be involved at your schools, and be the voice at school board meetings advocating for healthy sexual education that does not risk pornography addictions with our children. Insist that school boards create and enforce a strict policy of disclosure and transparency regarding incidents such as these. Educate those around you about the harmful effects of pornography for our families and children. Speak up and speak out.

Silence comes at too great a cost.

We are very open with our children about sex, pornography, etc.. Because of our openness, it spared one of my children from a horrible situation. I preempt every school discussion on sex education so my kids don’t get hit with “uncomfortable’ knowledge and are prepared to receive it at school. It helps them to be less curious, too. I make it a point to discuss with them how their bodies change, and that what is happening to them is totally normal. I also make it a point that no matter what might happen to them (if someone takes advantage of them) that they are valued and love, and those situations that are out of their control do not make them less valued. I also make sure that they know that they can come to us any time if they are struggling with something and they will not get in trouble. Knowledge is power. I don’t know how else to protect my kids and keep them safe.

Of course there was no such thing as "smart phones or video's" when I attended school back in the 1950's and 60's. But I do remember when magazines were passed around and on one specific occasion I recall a very explicit poem doing the rounds and my fellow class mates giggling and sniggering at the foul language and description. When it came to me and my friend we started to read it, realised what it was and jusy handed it back saying" we don't read stuff like that" That was it and so it was with a lot of other pupils. But to put them on a sex offenders register is just too harsh and too rediculous. These kids arn't sex offenders they need councelling and talking to and teaching. We live in a world where sex has become as natural and normal as hugging and kissing. They need to be taught. We are punishing children for not living up to standards a lot of adults cant live. Sex is out in the open now and it's not going to go away and hide. Teach the children to respect it.