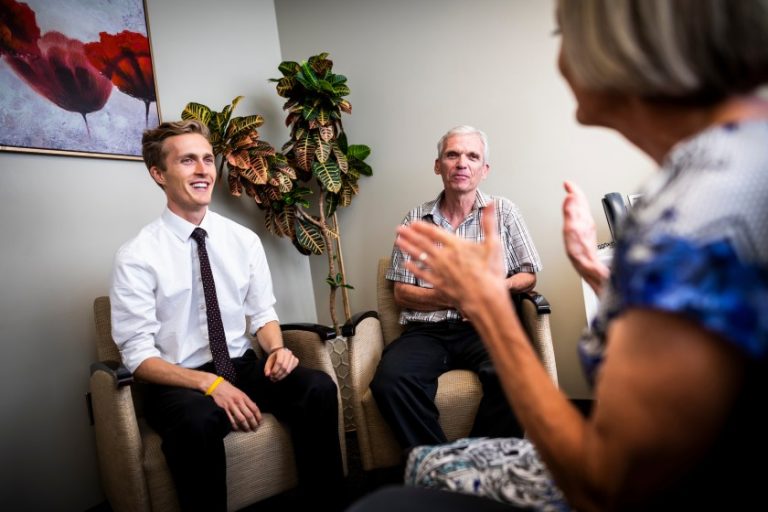 Parents should be more intentional about financial conversations with kids

As a parent, there are some topics that can be challenging to talk to your kids about. For a lot of families, money is one of those taboos. But researchers at BYU have found that no matter your level of confidence or know-how with finances, it’s very important just to have conversations about money with your kids.

“If those conversations are not happening in the home, then when the kids get old enough to leave the home and they’re suddenly on their own with a credit card, they might not make the best financial decisions,” said Ashley LeBaron, the lead author and former graduate student at BYU. “We’re seeing young adults getting into some pretty sticky situations, potentially that will impact their whole life, because they’re not really prepared for financial adulthood.”

Researchers also found that a large part of money talks came from the children initiating the conversation. As the children get older, they may want to learn more.

“There’s some evidence that the parent-child relationship quality can impact whether kids will go to parents with those questions,” LeBaron said.

LeBaron suggests that if parents have an environment that’s open to financial conversations and also have a strong relationship with their child, the discussions are more likely to take place.

Interviews were conducted with 90 undergraduate students from three universities as well as 17 of their parents and eight of their grandparents. The researchers asked a series of questions about how parents and children talk about finances and were able to determine common themes.

This points to the importance of parents taking the time to converse openly about money, whenever their children ask them questions. It may not be convenient or comfortable, but engaging in these financial discussions should be a high priority.

This study points to the importance of a dialogic approach involving genuine listening from the parents. Children will learn more when they feel understood and when the conversation is interactive, instead of a lecture.

“We tend to think that parents are teaching kids, and this was a good reminder that . . . kids are involved in their own learning and that parents should help foster their [children’s] desire to learn about these things,” LeBaron said.

Researchers say there is no age too young to start teaching your kids about finances, citing evidence that even toddlers can begin to form financial habits, attitudes and values.

Along with LeBaron and Hill, BYU professor Loren Marks, as well as BYU marriage and family therapist Christina Rosa, co-authored the paper published in Emerging Adulthood.