Once sanctuaries, houses of worship struggle with security | Meridian Magazine 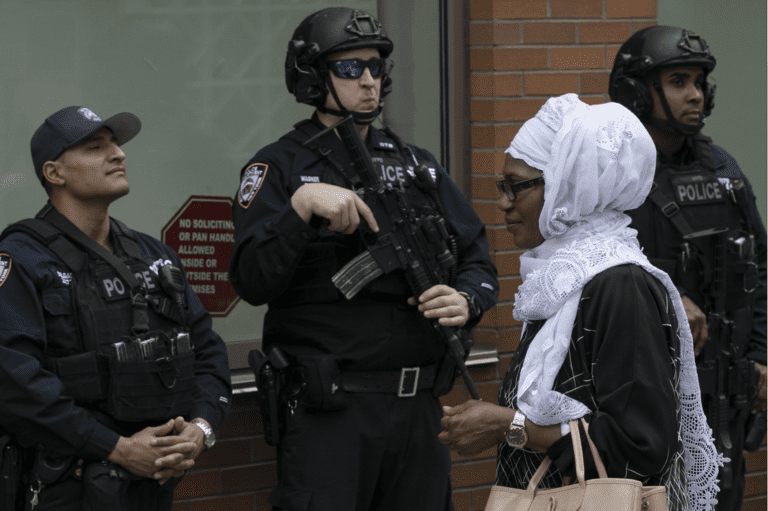 Once sanctuaries, houses of worship struggle with security

A rabbi who packs a gun. A church installing security cameras. A police car protecting a mosque.

Houses of worship have traditionally been places of refuge where strangers are welcome. But high-profile attacks in recent years on an African-American church in Charleston, South Carolina, a synagogue in Pittsburgh and now mosques in New Zealand have made many worshippers and their prayer leaders rethink how protected sanctuaries really are.

“People are fearful for their lives, for their houses of worship, for the sanctuary of this mosque and other places of worship like the synagogues and African-American churches that are being attacked. People are concerned,” said Imam Mohannad Hakeem while attending Friday prayers at the Islamic Center of Detroit.

He spoke after a horrifying attack in New Zealand left 50 people dead at two mosques during midday prayers. A 28-year-old Australian is the main suspect and called himself in a manifesto a white nationalist out to avenge attacks in Europe by Muslims.

History shows sanctuaries are not immune from violence, as illustrated by bombings at African-American churches during the Civil Rights era. And in countries struggling with sectarian violence attacks on houses of worship are much more frequent. But for countries at peace, the attacks are much rarer.

For many, houses of worship are sanctuaries where congregants bond with their shared sense of faith and community. The recent attacks have made some question whether houses of worship have turned into soft targets, losing some of their sense of sacredness.