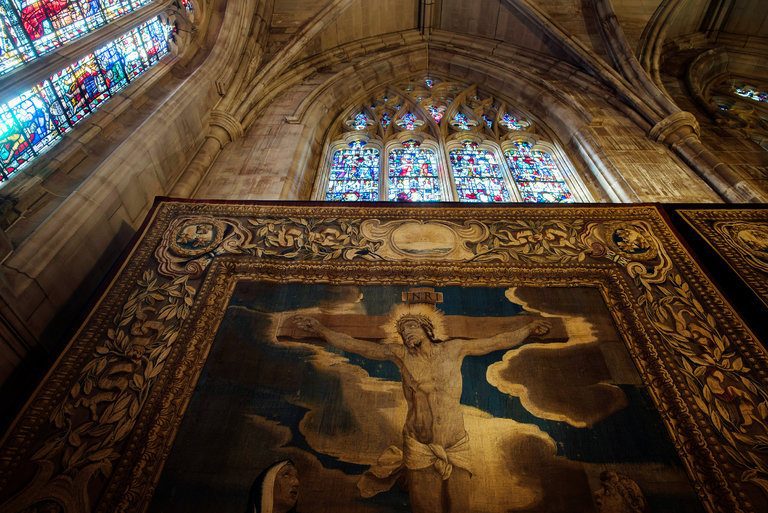 NY Times: Secular Leftists Should Go Back to Church

Cover image via Karsten Moran for The New York Times.

Editor’s Note: The following is an excerpt of an article published in the New York Times appealing to the newspaper’s “secular liberal readers” to go back to church. It starts out with a bit of tongue in cheek, but goes on to make some interesting points about the unifying role of religion in society.

Of particular note is the mention that if the author were really extreme, he’d recommend that everyone convert to Mormonism, which he called the “most demandingly communitarian” of all contemporary faiths.

Special thanks to Daniel C. Peterson for bringing this article to our attention through his blog, Sic et Non.

A large share of well-educated liberal America is post-Protestant — former Methodists, ex-Lutherans, lapsed Presbyterians, the secularized kids of Congregationalists. Their ancestral churches, the theologically-liberal mainline denominations, are aging and emptying, with the oldest churchgoing population and one of the lowest retention rates of any Christian tradition in the United States.

As a conservative Catholic, I have theories about how this collapse reveals the weaknesses of liberalism in religion. But my theological-sociological vindication isn’t worth the cost of mainline Christianity’s decline. For the sake of their country, their culture and their very selves, liberal post-Protestants should find a mainline congregation and starting attending every week.

One reason they don’t is that some of what those congregations offer is already embodied in liberal politics and culture. As the sociologist N. J. Demerath argued in the 1990s, liberal churches have suffered institutional decline, but also enjoy a sort of cultural triumph, losing members even as their most distinctive commitments — ecumenical spirituality and a progressive social Gospel — permeate academia, the media, pop culture, the Democratic Party.

But this equilibrium may not last, and it may not deserve to. The campus experience of late suggests that liberal Protestantism without the Protestantism tends to gradually shed the liberalism as well, transforming into an illiberal cult of victimologies that burns heretics with vigor. The wider experience of American politics suggests that as liberalism de-churches it struggles to find a nontransactional organizing principle, a persuasive language of the common good. And the experience of American society suggests that religious impulses without institutions aren’t enough to bind communities and families, to hold atomization and despair at bay.

To remedy the last problem, the truly implausible version of this column would urge ex-Protestants to convert to Mormonism, the most demandingly communitarian of contemporary faiths.

Yes. They can heed the example of Mormonism's secularist Liberals, who attend church faithfully as a hobby.